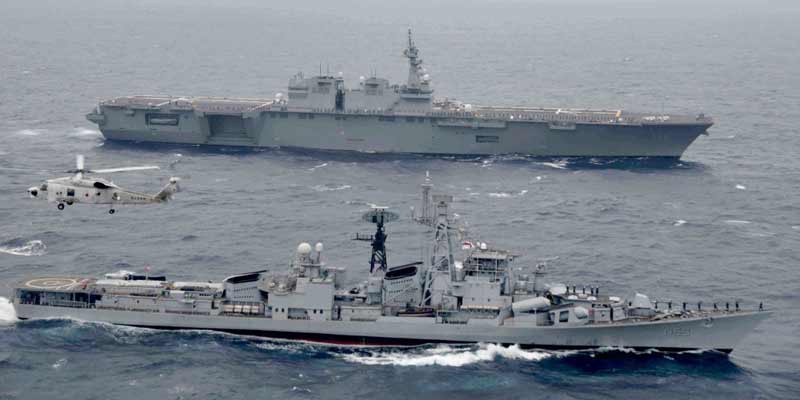 • The sixth edition of the Japan India Maritime Exercise — JIMEX 2022 — hosted by the Indian Navy concluded in the Bay of Bengal with the two sides bidding farewell to each other with a customary steam past on September 17, 2022.

• The Japan Maritime Self Defence Force (JMSDF) deployed Izumo, a helicopter carrier, and Takanami, a guided missile destroyer for the exercise.

• JIMEX witnessed some of the most complex exercises undertaken jointly by the two navies. Both sides engaged in advanced level anti-submarine warfare, weapon firings and air defence exercises. Shipborne helicopters, fighter aircraft and submarines also participated in the exercise.

Some other naval exercises:

1. Inaugural IONS was held in India in 2015 under the chairmanship of the Indian Navy.

2. IONS is a voluntary initiative that seeks to increase maritime co-operation among navies of the littoral states of the Indian Ocean Region.