River cruise service between Varanasi and Bogibeel to begin next year 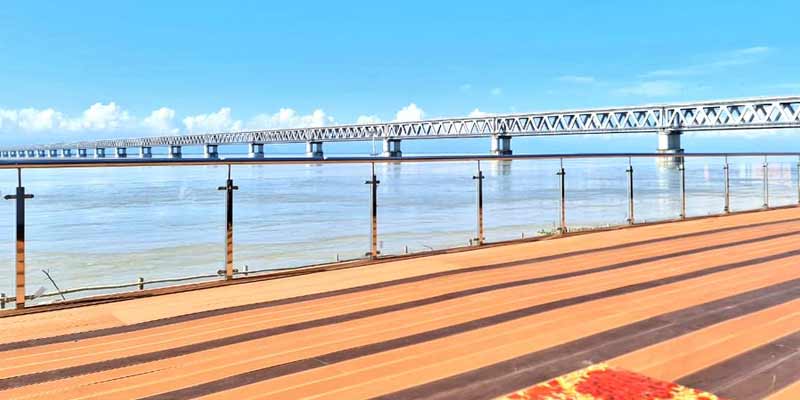 • India’s “longest river cruise service” will begin early next year between Varanasi in Uttar Pradesh and Bogibeel in Assam, traversing a distance of more than 4,000 km, Union Minister Sarbananda Sonowal has said.

• He launched multiple projects for the development of the area in and around the Bogibeel bridge in Dibrugarh district.

• The service will usher in a novel opportunity for the people of Assam to use inland waterways for promoting their trade, tourism and for cargo transportation.

• The Union minister laid the foundation stone for the construction of floating jetties at Bogibeel and Guijan, besides inaugurating the Bogibeel Riverfront Passenger Jetty which has been built by the Northeast Frontier Railways (NFR) as part of the development initiatives near the bridge.

• Both the jetties are being constructed by Inland Waterways Authority of India (IWAI) over the National Waterways-2 (NW-2).

• The two floating jetties at Bogibeel in Dibrugarh district and Guijan in Tinsukia will be constructed as state-of-art terminals at an estimated cost of Rs 8.25 crore, using advanced and updated technology.

• The project is scheduled to be completed by February 2023.

• Plans are also afoot to build an open platform, a restaurant, eight bio-toilets and six awnings as part of the riverfront development initiatives near the bridge.