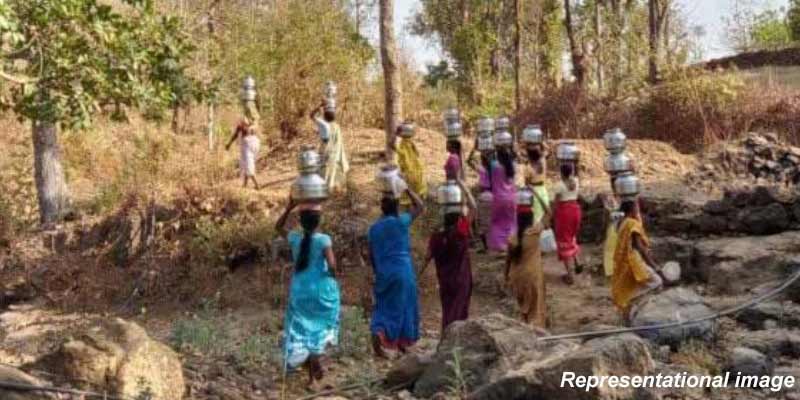 Besides the ST tag, the agitators are also demanding the inclusion of Kurmali language in the eighth schedule of the Constitution.

They claimed that Kurmis were a Particularly Vulnerable Tribal Groups (PVTG), then known as Primitive Tribal Group (PTG), prior to 1950 but were removed from the ST List.

• There are 705 Scheduled Tribes notified under Article 342 of the Constitution of India, spread over different states and Union Territories of the country. Many tribes are present in more than one state. The largest number of communities listed as Scheduled Tribes are in Odisha (62).

The criteria followed for specification of a community as a Scheduled Tribe are:

i) Indications of primitive traits

iv) Shyness of contact with the community at large

• These criteria are not spelt out in the Constitution but have become well established and accepted. It takes into account the definitions in the 1931 Census, the reports of the first Backward Classes Commission (Kalelkar), 1955, the Advisory Committee on Revision of SC/ST Lists (Lokur Committee), 1965 and the Joint Committee of Parliament on the Scheduled Castes and Scheduled Tribes Orders (Amendment) Bill, 1967 and Chanda Committee, 1969.

• The government of India on June 15, 1999 (as further amended on June 25, 2002) approved modalities for deciding claims for inclusion in, exclusion from and other modifications in Orders specifying List of STs.

• Accordingly, only those proposals which have been recommended and justified by concerned state government/UT administration can be processed further. Thereafter, it has to be concurred with by Registrar General of India (RGI) and National Commission for Scheduled Tribes (NCST) for consideration for amendment of legislation.

• Article 366(25) of the Constitution of India refers to Scheduled Tribes as those communities who are scheduled in accordance with Article 342 of the Constitution. This Article says that only those communities who have been declared as such by the President through an initial public notification or through a subsequent amending Act of Parliament will be considered to be Scheduled Tribes.

• Article 342 prescribes the procedure to be followed in the matter of specification of Scheduled Tribes.

• Under Clause (1) of Article 342, the President may, with respect to any State or Union Territory, and where it is a State, after consultation with the Governor thereof, notify tribes or tribal communities or parts of these as Scheduled Tribes. This confers on the tribe, or part of it, a Constitutional status invoking the safeguards provided for in the Constitution, to these communities in their respective states/UTs.

• Clause (2) of the Article 342 empowers the Parliament to pass a law to include in or exclude from the List of Scheduled Tribes, any tribe or tribal community or parts of these.

• Scheduled Tribe communities live in various ecological and geo-climatic conditions ranging from plains and forests to hills. Tribal groups are at different stages of social, economic and educational development.

• While some tribal communities have adopted a mainstream way of life, at the other end of the spectrum, there are certain Scheduled Tribes, 75 in number known as Particularly Vulnerable Tribal Groups (PVTGs) who were earlier termed as Primitive Tribal Groups, whose characteristics have been covered under the Section on the Scheme for Conservation and Development of PVTGs.

The criteria followed for determination of PVTGs are:

i) A pre-agriculture level of technology

ii) A stagnant or declining population

iv) A subsistence level of economy.

• The PVTGs, like other tribal groups, are eligible for the benefits of all the schemes of the government of India and state governments that are available to the general population, as well as schemes under Tribal Sub-Plan (TSP) of states and central government.