Explainer / How a film gets Oscar nomination for International Feature Film? 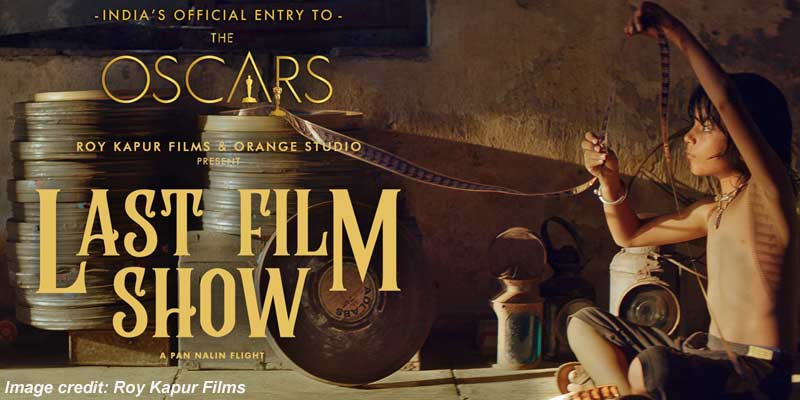 • Gujarati film ‘Chhello Show’ is India’s official entry for the 95th Academy Awards. Titled ‘Last Film Show’ in English, the Pan Nalin-directorial is a coming-of-age drama about a young boy’s love affair with cinema in a village in Saurashtra.

• The story is inspired by Nalin’s own memories of falling in love with movies as a child in rural Gujarat. ‘Chhello Show’, which features Bhavin Rabari, Vikas Bata, Richa Meena, Bhavesh Shrimali, Dipen Raval and Rahul Koli, had its world premiere as the opening film at the Tribeca Film Festival in June last year.

• It won multiple awards during its festival run, including the Golden Spike at the 66th Valladolid Film Festival in Spain where it also enjoyed commercial success during its theatrical run.

• The last Indian film that made it to the final five was the Aamir Khan-led ‘Lagaan’ in 2001.

How India picks its official entry?

Film Federation of India is authorised to select one film for the consideration of Oscar award in the category of International Feature Film Award (formerly called Best Foreign Language Film Award). Entries are invited and a jury selects one film as India’s official entry for the Academy Awards.

• An international film is defined as a feature-length motion picture (over 40 minutes) produced outside the USA and its territories with a predominantly (more than 50 per cent) non-English dialogue track. Animated and documentary feature films are permitted.

• The country-selected film must be first released in the country of origin no earlier than January 1, 2022, and no later than November 30, 2022, and be first publicly exhibited for at least seven consecutive days in a commercial motion picture theater for the profit of the producer and exhibitor.

• Each country shall be invited to submit its best film to the Academy. Selection of that film shall be made by one approved organisation, jury or committee that should include artists and/or craftspeople from the field of motion pictures.

• Only one film will be accepted from each country as the official selection.

How will the voting process be?

International Feature Film nominations will be determined in two rounds of voting:

i) The International Feature Film Preliminary Committee will view the eligible submissions in the category and vote by secret ballot to produce a shortlist of 15 films.

ii) The International Feature Film Nominating Committee must view the 15 shortlisted films and vote by secret ballot to determine the category’s five nominees.

Final voting for the International Feature Film award shall be restricted to active and life Academy members who have viewed all five nominated films.

The Academy statuette (Oscar) will be awarded to the film and accepted by the director on behalf of the film’s creative talents. For Academy Awards purposes, the country will be credited as the nominee. The director’s name will be listed on the statuette plaque after the country and film title.

The Academy of Motion Picture Arts and Sciences is a global organisation, representing the best of an international art form, and has members in countries all over the world. Academy membership is limited to film artists working in the production of theatrically-released motion pictures.  The Academy has 17 branches, for the crafts ranging from Actors to Writers, and the Members-at-Large category, to accommodate individuals who work in motion picture production but do not fit into one of the branches.

Explainer / How a film gets Oscar nomination for International Feature Film?
COPY LINK