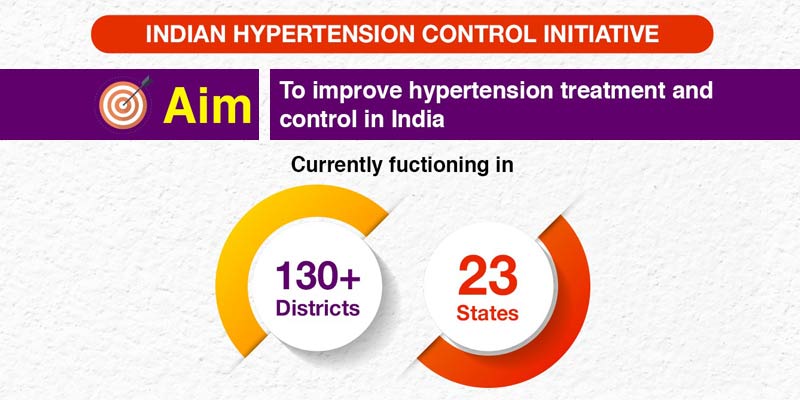 • India has won a UN award for its initiative to control and prevent hypertension under the government’s National Health Mission.

• The India Hypertension Control Initiative (IHCI) has been recognised for its exceptional work within the country’s existing primary health care system.

• IHCI won the ‘2022 UN Interagency Task Force, and WHO Special Programme on Primary Health Care Award’ at the UN General Assembly side event.

• The control of hypertension at primary care system level will contribute to reducing deaths due to heart attacks, stroke and kidney failures.

• IHCI has been able to leverage and strengthen the existing healthcare delivery system, hypertension control interventions under National Health Mission and improve the linkages between populations-based screening initiative with health care.

• The initiative was launched in 2017 and expanded in a phased manner to cover more than 130 districts across 23 states. Under the initiative, more than 34 lakh people with hypertension are taking treatment in government health facilities, including Ayushman Bharat Health Wellness Centres (HWCs).

• The project strategies are easily scalable within the health system.

iii) Decentralisation of care with follow-up and refills of medicines at Health Wellness Centres.

v) A powerful real-time information system which can track every patient for follow-up and blood pressure control.

• Under the IHCI, nearly half of those who were treated had blood pressure under control.

• The IHCI complements the National Programme for Prevention and Control of Diabetes, Cardiovascular Disease and Stroke (NPCDCS) of the Health ministry

• IHCI accelerates the achievement of targets of the government by ensuring a continuum of care and giving a boost to the ongoing Ayushman Bharat programme.