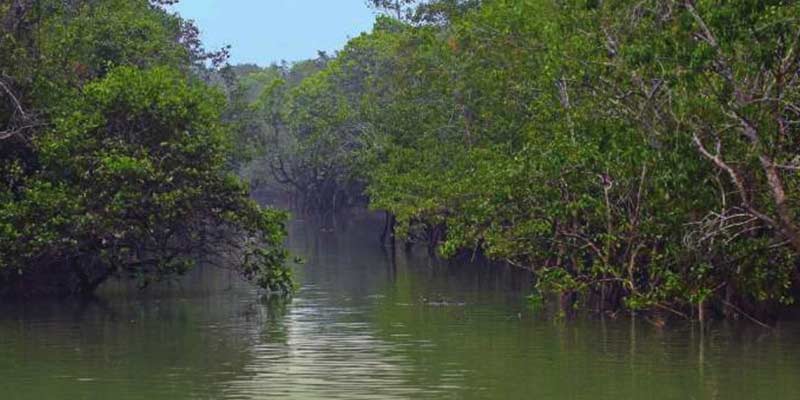 • The UAE and Indonesia launched the Mangrove Alliance for Climate on the sidelines of the UN climate summit COP27, being held in Sharm el-Sheikh in Egypt.

• The alliance aims to strengthen conservation and restoration of mangrove ecosystems worldwide. India, Australia, Japan, Spain and Sri Lanka have joined it as partners.

• Union Environment Minister Bhupender Yadav spoke at the launch of the alliance.

• He said mangroves were the best option to fight the consequences of climate change and can help countries meet their nationally determined contributions (NDCs).

• Mangroves are salt tolerant plant communities found in tropical and sub-tropical intertidal regions of the world. Such areas are characterised by high rainfall (between 1,000 to 3,000 mm) and temperature (ranging between 26°C-35°C).

• Mangroves are repositories of rich biodiversity.

• Mangrove species exhibit a variety of adaptations in morphology, anatomy and physiology to survive in water-logged soils, high salinity and frequent cyclonic storms and tidal surges.

• Mangroves are important refuges of coastal bio-diversity and also act as bio-shields against extreme climatic events.

• Large populations, primarily rural, depend on mangrove ecosystems for a wide variety of biomass dependent livelihoods.

• Mangroves are one of the most productive ecosystems of the world. This tidal forest serves as a nursery ground for several organisms, protects the coastal erosion, sequesters the carbon and provides livelihood for millions of people besides harbouring an array of faunal elements in its habitat.

• Mangroves are distributed in the tropical and sub-tropical region of the world and are found in 123 countries.

• Mangroves are among the most carbon-rich forests in the tropics. They account for 3 per cent of carbon sequestered by the world’s tropical forests.

• Mangroves are the economic foundations of many tropical coastal regions. To sustain the blue economy, it is imperative to ensure the sustainability of coastal habitats, particularly mangroves for tropical nations, at the local, regional, and international levels.

• About 80 per cent of the global fish populations depend on mangrove ecosystems.

• With notable adaptive features, mangroves are natural armed forces of tropical and subtropical nations. They are the best option to fight against climate change consequences like sea levels rise and increasing frequency of natural calamities like cyclones and storm surges.

What are the threats to mangrove ecosystems?

• Biotic pressure and natural calamities play a major role in negatively impacting mangrove ecosystems. Growing land reclamation for agriculture and industrialisation along the coastlines and discharge of untreated domestic sewage and industrial effluents are damaging to these forests.

• Upstream activities related to river training and natural erosion and accretion also have an affect on the health of mangroves, since an adequate ecological flow in the rivers is essential for flushing of the mangroves of silt and other wastes.

• In most countries, mangrove ecosystems face constant pressure due to increasing human population in coastal areas and the rising demand for land, timber, fodder, fuel-wood and other non-wood forest products. 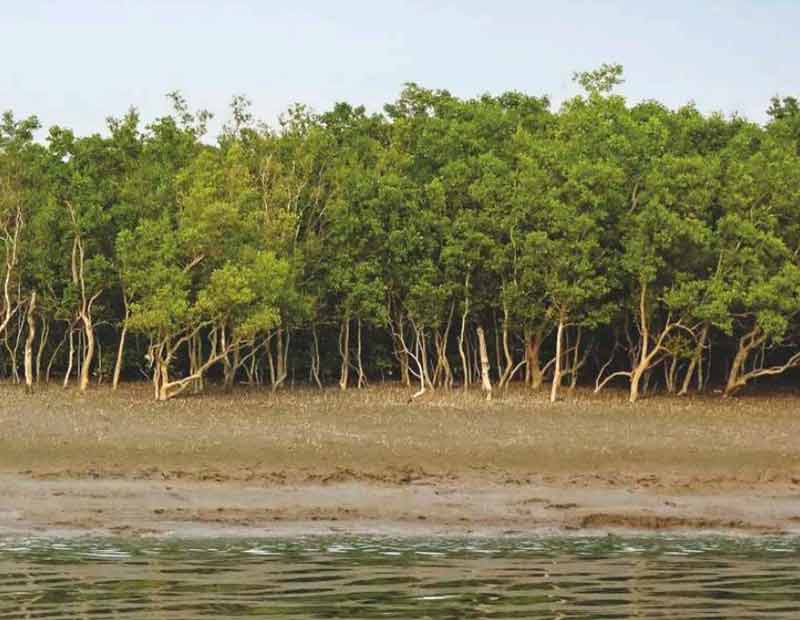 • According to India State of Forest Report 2021, mangrove cover in the country is 4,992 sq km, which is 0.15 per cent of the country’s total geographic area.

• Sunderbans, located in the northern Bay of Bengal, is the world’s largest single patch of mangrove forests. Spread over approximately 10,000 sq km in Bangladesh and India, Sunderban is the first mangrove forest in the world which was brought under scientific management as early as in 1982.

• The Sundarbans is of universal importance for globally endangered species including the Royal Bengal Tiger, Ganges and Irrawaddy dolphins, estuarine crocodiles and the critically endangered endemic river terrapin (Batagur baska).  It is the only mangrove habitat in the world for Panthera tigris tigris species.

• India has committed in its NDC – to create an additional carbon sink of 2.5 to 3 billion tonnes of CO2 equivalent through additional forest and tree cover by 2030.