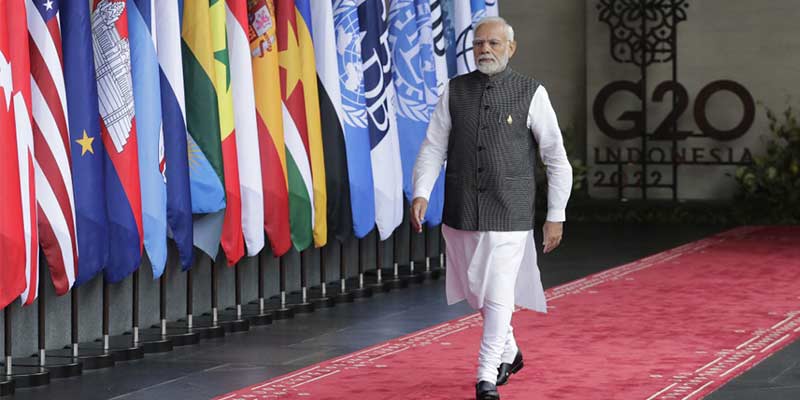 Indonesian President Joko Widodo handed over the G20 presidency to Prime Minister Narendra Modi at the conclusion of the two-day G20 Summit in Bali.

The G20 or Group of 20 is an inter-governmental forum of the world’s major developed and developing economies.

Modi said India’s G20 presidency will be inclusive, ambitious, decisive, and action-oriented, noting that the country is taking the charge at a time when the world is grappling with geopolitical tensions, economic slowdown and rising food and energy prices.

He said India will strive to ensure that the G20 acts as a global prime mover to envision new ideas and accelerate collective action over the next one year.

India will officially assume the G20 presidency from December 1.

The next G20 Leaders’ Summit at the level of Heads of States is scheduled to be held on September 9 and 10 in New Delhi. 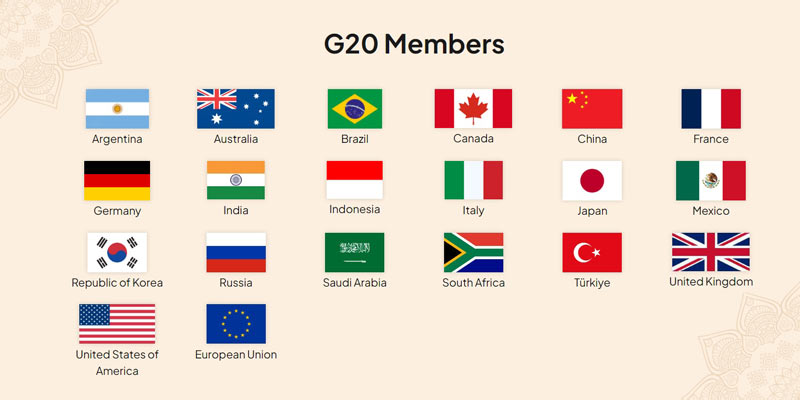 • After the Asian Financial Crisis in 1997-1998, it was acknowledged that the participation of major emerging market countries is needed in discussions on the international financial system, and G-8 finance ministers agreed to establish the G20 finance ministers and central bank governors meeting in 1999.

• The G20 finance ministers and central bank governors meetings were centered on major economic and monetary policy issues amongst major countries in the global financial system and aimed at promoting cooperation toward achieving stable and sustainable global economic growth for the benefit of all countries.

• The participating members in the meetings were the same as the current G20 members.

• Since then, finance ministers and central bank governors have met annually.

• India hosted a meeting of G20 finance ministers and central bank governors in 2002.

• In November 2008, the inaugural G20 Summit was held in Washington, D.C. in response to the global financial crisis that occurred in the wake of the collapse of the Lehman Brothers.

• The G20 meeting of finance ministers and central bank governors was upgraded to the head of state level, as a forum for leaders from major developed and emerging market countries.

• In September 2009, the third summit was held in Pittsburgh where the leaders designated the G20 as the “premier forum for international economic cooperation”.

• From thereon, the summit meetings were held semi-annually until 2010 and annually from 2011 onwards.

• The G20 presidency steers the G20 agenda for one year and hosts the Summit.

• The G20 consists of two parallel tracks: the Finance Track and the Sherpa Track.

• The G20 process from the Sherpa side is coordinated by the Sherpas of member countries, who are personal emissaries of the Leaders.

• In addition, there are Engagement Groups which bring together civil societies, parliamentarians, think tanks, women, youth, labour, businesses and researchers of the G20 countries.