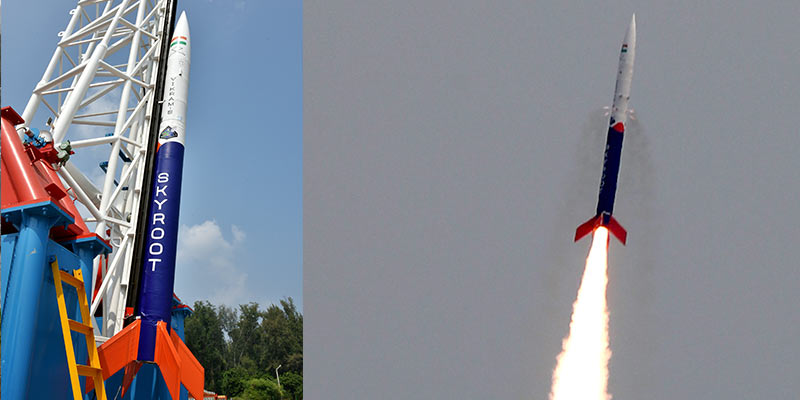 • India’s first privately developed rocket — Vikram-S — was launched by the Indian Space Research Organisation (ISRO) from its spaceport in Sriharikota.

• The sub-orbital rocket was developed by Hyderabad-based startup company, Skyroot Aerospace Pvt Ltd (SAPL) and is a single-stage spin-stabilised solid propellant rocket with a mass of approximately 550 kg.

• The rocket has been named after Vikram Sarabhai, hailed as the father of India’s space sector.

• The mission has been named ‘Prarambh’, which translates as “beginning”.

• With this mission, Skyroot Aerospace became the first private space company in India to launch a rocket into space, heralding a new era for the space sector which was opened up in 2020 to facilitate private sector participation. 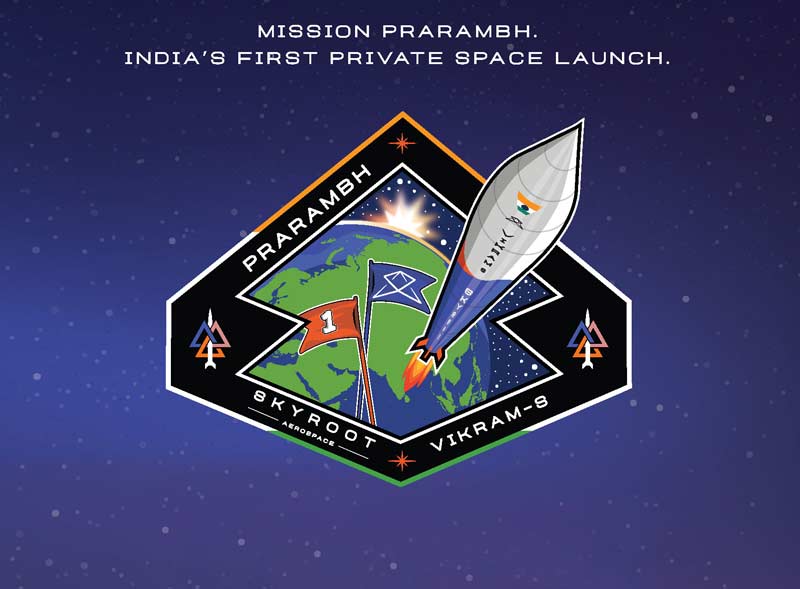 Key points of the mission:

• The Indian National Space Promotion and Authorisation Center (IN-SPACe), an autonomous agency under the Department of Space (DOS), authorised the launch of the private rocket for the first time in India.

• The 6-metre tall launch vehicle is one of the world’s first few all-composite rockets that has 3D printed solid thrusters for spin stability of the launch vehicle.

• The vehicle integrated into the launcher soared after lifting off at the prefixed 11.30 am from the sounding rocket complex at the Indian Space Research Organisation’s Satish Dhawan Space Centre (SDSC) in Sriharikota.

• Vikram-S launched the payloads in about 500 km low inclination orbit. The rocket later safely splashed into the sea, as part of the mission.