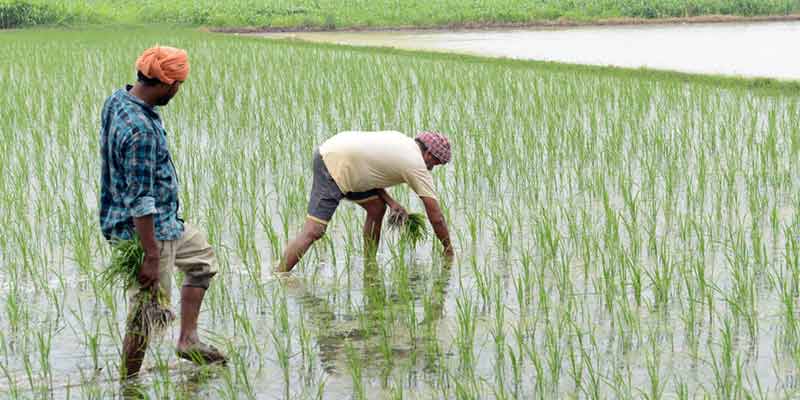 According to the agriculture ministry’s response to an RTI query, the number of farmers who received the 11th installment of funds from the Prime Minister’s Kisan Samman Nidhi (PM-KISAN) has fallen by 67 per cent.

The 12th installment of financial benefit worth Rs 16,000 crore was disbursed in October 2022.

• Under the PM-KISAN scheme, a financial benefit of Rs 6,000 per year is provided to farmers, payable in three equal installments of Rs 2,000 each. The fund is transferred directly to the bank accounts of the beneficiaries.

• The objective of the scheme is to augment the income of families of all land holding farmers subject to certain exclusion criteria relating to higher income status.

• The scheme aims to supplement the financial needs of farmers to enable them to take care of expenses related to agriculture and allied activities as well as domestic needs. This would also protect them from falling in the clutches of moneylenders for meeting expenses and ensure their continuance in farming activities.

• The scheme was originally started for Small & Marginal Farmers (SMFs) only, possessing a combined holding of up to 2 hectares of land. In June 2019, the scheme was extended to all farmers, irrespective of the size of their land holdings.

• Farmers’ Welfare Division is entrusted with the implementation, monitoring and evaluation of the scheme.

• The scheme is being implemented online through the Direct Benefit Transfer (DBT) mode for which a portal — www.pmkisan.gov.in — has been created.

• The identification of beneficiaries for the scheme is the sole responsibility of the state/UT governments, which upload their necessary details on the PM-KISAN portal for enabling transfer of benefits to them.

• Those excluded from the scheme are institutional landholders, farmer families holding constitutional posts, serving or retired officers and employees of state / central government as well as PSUs and government autonomous bodies. Professionals such as doctors, engineers and lawyers as well as retired pensioners with a monthly pension of over Rs 10,000 and those who paid income tax in the last assessment year are also kept out of the ambit of the scheme.