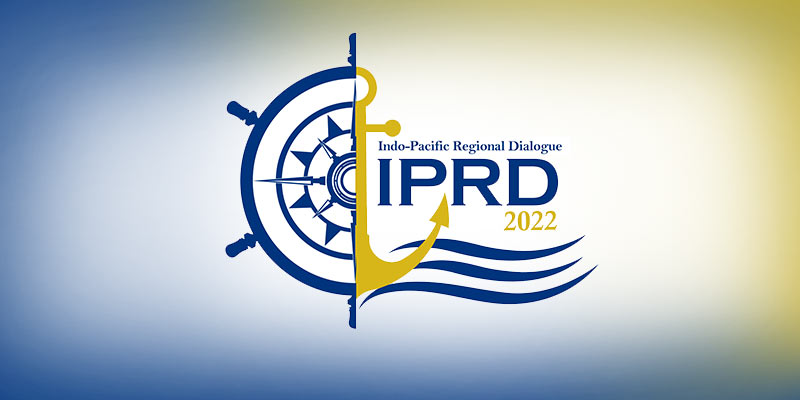 • The fourth edition of the Indo-Pacific Regional Dialogue (IPRD) began in New Delhi on November 23.

• The IPRD is an apex-level international annual conference of the Navy and the principal manifestation of the Navy’s engagement at the strategic level.

• The IPRD seeks to foster exchange of ideas and promote deliberations on regionally relevant maritime issues.

• The theme of IPRD-2022 is “Operationalising the Indo-Pacific Oceans Initiative (IPOI)”.

• The National Maritime Foundation (NMF) is the Navy’s knowledge partner and chief organiser of each edition of the event.

• Being a Track 1.5 event that aims to encourage discussions on public policy, the IPRD endeavours for a balanced representation from government and non-government agencies and institutions.

• The aim of each successive edition of the IPRD is to review both opportunities and challenges that arise within the Indo-Pacific. Through this annual dialogue, the Indian Navy and the NMF continue to provide a platform for incisive discussions pertaining to the geopolitical developments affecting the maritime domain of the Indo-Pacific.

What is Indo-Pacific Oceans’ Initiative?

PM Narendra Modi proposed the Indo-Pacific Oceans’ Initiative (IPOI) at the East Asia Summit held in Bangkok, Thailand on November 4, 2019. As an open global initiative, the IPOI draws on existing regional cooperation architecture and mechanisms to focus on seven central pillars. They are:

• Being the lead maritime security agency of the government, the Indian Navy is deeply invested in the actualisation of each of the seven spokes or pillars of the IPOI.

• IPRD-2022 is appropriately centered upon the IPOI and its operationalisation.

• IPRD-2022 will be conducted in the physical format, through six professional sessions spread over the three days.

• As part of the event, globally renowned speakers and eminent panellists will explore how the areas of maritime cooperation envisaged in the IPOI could be optimally and inclusively operationalised.