Explainer / What is sounding rocket? 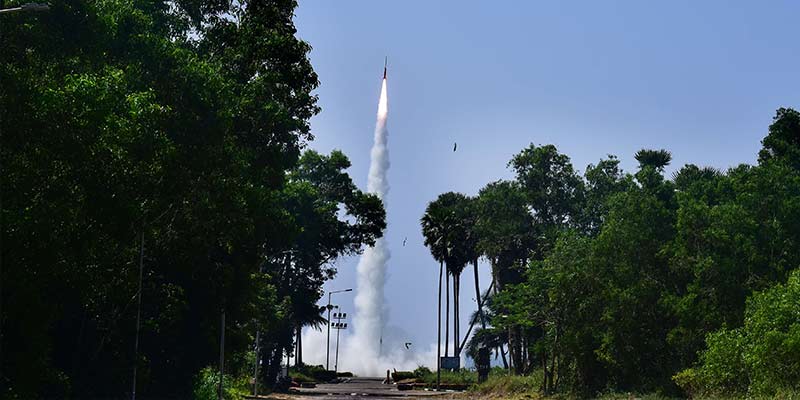 RH200, the versatile sounding rocket of ISRO, has registered its 200th consecutive successful launch from the shores of Thumba, Thiruvananthapuram.

The successful flight of RH200 — the versatile sounding rocket of ISRO — took off from the Thumba Equatorial Rocket Launching Station (TERLS).

What is a sounding rocket?

• Indian sounding rockets are used as privileged tools for the scientific community for carrying out experiments on meteorology, astronomy and similar branches of space physics.

• The Rohini Sounding Rocket (RSR) series have been the forerunners for ISRO’s heavier and more complex launch vehicles, with a continued usage even today for atmospheric and meteorological studies.

• Rohini sounding rockets are routinely used for flight demonstration of new technologies being developed by ISRO as well as by scientists from India and abroad.

• Sounding rockets offers an exciting platform for experimentation in the upper atmosphere.

• Sounding rockets are one or two stage solid propellant rockets used for probing the upper atmospheric regions and for space research. They also serve as easily affordable platforms to test or prove prototypes of new components or subsystems intended for use in launch vehicles and satellites.

• With the establishment of the Thumba Equatorial Rocket Launching Station (TERLS) in 1963, there was a quantum jump in the scope for aeronomy and atmospheric sciences in India. The launch of the first sounding rocket from Thumba near Thiruvananthapuram, Kerala on November 21, 1963, marked the beginning of the Indian Space Programme.

• In 1975, all sounding rocket activities were consolidated under the Rohini Sounding Rocket (RSR) Programme.