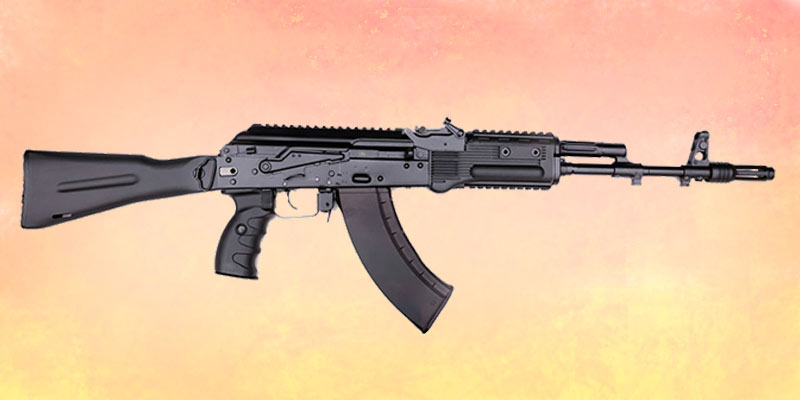 • The AK-203 is the latest and most advanced version of the AK-47 rifle, which will replace the Indian Small Arms System (INSAS) 5.56x45 mm assault rifle.

• Indo-Russian Rifles Private Limited plans to ensure 100 per cent localisation of the production of AK-203 rifles in India.

• Korwa Ordnance Factory in Amethi has produced the first batch of 7.62 mm Kalashnikov AK-203 assault rifles. The beginning of deliveries to the Indian Army is expected soon.

• Military-technical cooperation between India and Russia has resulted in the construction of the joint venture Indo-Russian Rifles Private Limited.

• Indo-Russian Rifles Private Limited is a rifle-manufacturing facility in Korwa, Amethi in Uttar Pradesh. It is a joint venture between the Ordnance Factories Board (OFB) on the Indian side, and Rosonboron Exports and Concern Kalashnikov on the Russian side.

• The joint venture is formed consequent to the inter-governmental agreement signed between India and Russia in February 2019.

• In future, the company may also increase output and upgrade its production facilities to produce advanced rifles based on the Kalashnikov assault rifle platform.