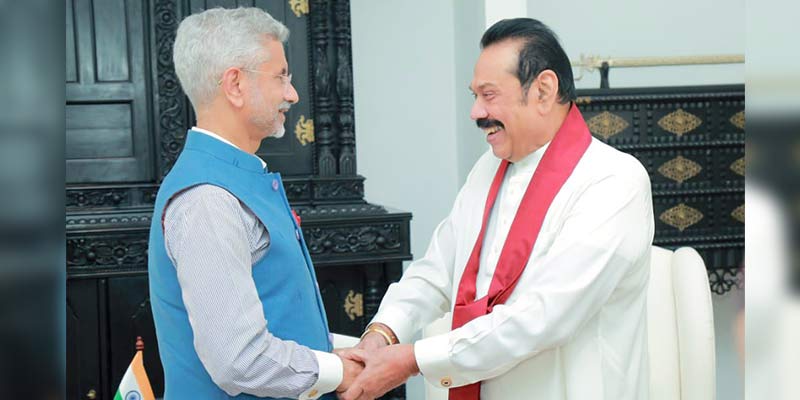 • Jaishankar, who is in Colombo on a two-day visit, met top leaders to enhance bilateral ties and finalise a debt restructuring plan to help Colombo carve out a path from its economic crisis.

• Sri Lanka was hit by an unprecedented financial crisis in 2022 due to a severe paucity of foreign exchange reserves, sparking political turmoil in the country which led to the ouster of the all-powerful Rajapaksa family.

• India has extended about $4 billion in terms of credits and rollovers to help Sri Lanka get through an economic crisis.

• Sri Lanka, which is trying to secure a $2.9 billion bridge loan from the International Monetary Fund (IMF), was negotiating to get financial assurances from its major creditors — China, Japan, and India — which is the requisite for Colombo to get the bailout package.

• India has been pressing Sri Lanka to implement the 13th Amendment which was brought in after the Indo-Sri Lankan agreement of 1987. The 13A provides for the devolution of power to the Tamil community.

• Sinhalese, mostly Buddhist, make up nearly 75 per cent of Sri Lanka’s 22 million population while Tamils are 15 per cent.

• Sri Lanka has had a long history of failed negotiations to end the Tamil claim of discrimination by allowing some form of political autonomy.

• An Indian effort in 1987 that created the system of a joint provincial council for the Tamil-dominated north and east faltered as the Tamils claimed it fell short of full autonomy.

• Tamils say that not enough power had been devolved to the provincial councils to make them meaningful.

• The Tamils put forward their demand for autonomy since gaining independence from Britain in 1948 which from the mid 70s turned into a bloody armed conflict.

• Over the years, the Sri Lankan government has been aggressive against Tamilian groups following its war with the Liberation Tigers of Tamil Eelam (LTTE).

• The LTTE ran a military campaign for a separate Tamil homeland in the northern and eastern provinces of the island nation for nearly 30 years before its collapse in 2009.

• In December 2022, an all-party meeting was held to discuss the 13th Amendment to Sri Lanka's Constitution as mooted by India to resolve the long standing demand for political autonomy for the minority Tamils in the island nation.

• Sri Lankan President Wickremesinghe called for reconciliation and co-existence in the island nation, saying his government has initiated the process by talking to Sri Lankan Tamils and understanding their problems.