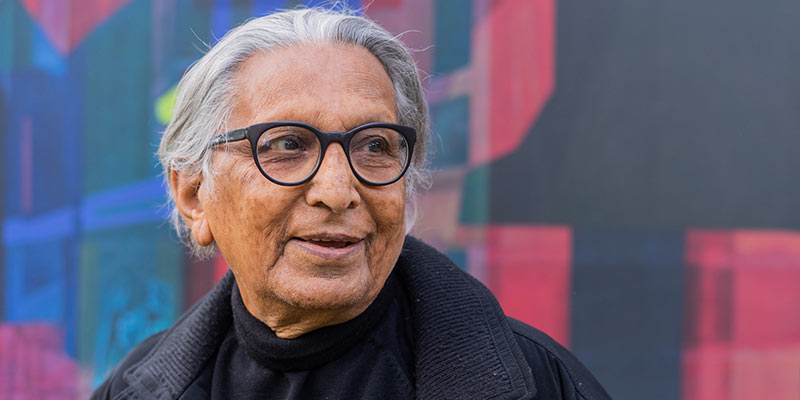 • Acclaimed Indian architect Balkrishna Vithaldas Doshi, credited with designing some of the most iconic structures in the country, passed away in Ahmedabad on January 24. He was 95.

• He was the only Indian, and among a few globally, to have been conferred with both the Royal Gold Medal and the Pritzker Architecture Prize in their lifetime.

Who is Balkrishna Doshi?

• Born in 1927 in Pune, to an extended family of furniture makers, Balkrishna Doshi studied at the JJ School of Architecture, Bombay, before working for four years with Le Corbusier as Senior Designer (1951-54) in Paris and four more years in India to supervise projects in Ahmedabad.

• He worked with Louis Kahn as an associate to build the Indian Institute of Management, Ahmedabad, and they continued to collaborate for over a decade.

• He founded his own practice, Vastushilpa in 1956 with two architects. Over the years, Vastushilpa evolved to a multi-disciplinary practice with five partners spanning three generations and has sixty employees. The practice invites dialogue and its philosophy of pro-active participation even applies to their office space which has an open door, inviting passers-by to drop in.

• With a 70 year career and over 100 built projects, Doshi influenced the direction of architecture in India and its adjacent regions through both his practice and his teaching.

• In 2018, he became the first Indian to receive the Pritzker Architecture Prize, often referred to as the “Nobel Prize for architecture”.

• Doshi was honoured with the Royal Gold Medal 2022, one of the world’s highest honours for architecture by the Royal Institute of British Architects (RIBA).

What are his key projects?

• The Institute of Indology (1962), Ahmedabad, a building to house rare documents.

• Sangath (1981), the studio for his architecture practice.