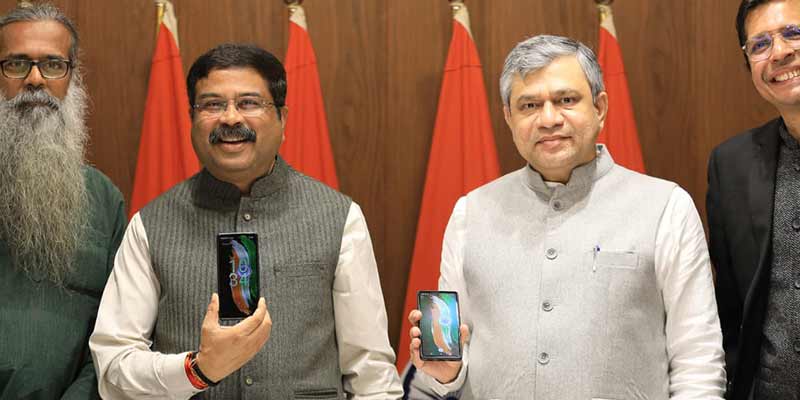 • The system can be installed on commercial off-the-shelf handsets. BharOS services are currently being provided to organisations that have stringent privacy and security requirements and whose users handle sensitive information that requires confidential communications on restricted apps on mobiles.

• The BharOS was developed by JandK Operations Private Limited (JandKops), which has been incubated at IIT Madras.

• BharOS Service is a Mobile Operating System built on a foundation of trust, with a focus on providing users more freedom, control, and flexibility to choose and use only the apps that fit their needs.

• Additionally, this approach allows users to have more control over the permissions that apps have on their device, as they can choose to only allow apps that they trust to access certain features or data on their device.

• BharOS offers ‘Native Over The Air' (NOTA) updates that can help to keep the devices secure.

• NOTA updates are automatically downloaded and installed on the device, without the need for the user to manually initiate the process. This ensures that the device is always running the latest version of the operating system, which includes the latest security patches and bug fixes.