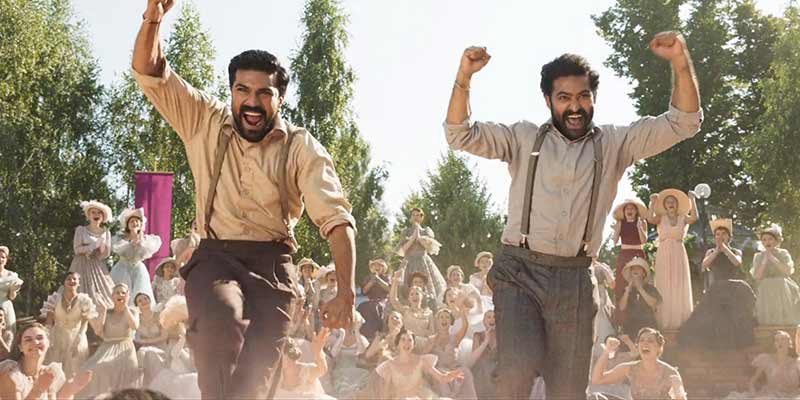 • ‘Naatu Naatu’, the hit dance track from S.S. Rajamouli’s blockbuster ‘RRR’, earned a nomination for the Original Song at the Oscars 2023.

• Indian documentaries ‘All That Breathes’ and ‘Elephant Whisperers’ got nominations in Documentary Feature and Documentary Short categories respectively.

• ‘Chhello Show’, India’s official entry in the International Feature category, however, failed to make the cut in the final five.

• The nominations for 23 categories of the 95th Academy Awards were announced by Hollywood actors Riz Ahmed and Allison Williams in Los Angeles.

• ‘Naatu Naatu’ will compete with ‘Applause’ from ‘Tell It Like a Woman’, ‘Hold My Hand’ from ‘Top Gun: Maverick’, ‘Lift Me Up’ from ‘Black Panther: Wakanda Forever’ and ‘This Is a Life’ from ‘Everything Everywhere All at Once’.

• Composed by M.M. Keeravani, lyrics by Chandrabose and choreographed by Prem Rakshith, it has legions of followers on social media trying to master its steps.

• This is the third major international recognition for ‘Naatu Naatu’, sung by Kala Bhairava and Rahul Sipligunj, after Keeravani won Golden Globes as well as a Critics Choice award for the track earlier this month. The film won another Critics Choice award — Best Foreign Language Film.

‘All That Breathes’ also nominated for BAFTA

• ‘All That Breathes’, which is competing for an Oscar alongside ‘All the Beauty and the Bloodshed’, ‘Fire of Love’, ‘A House Made of Splinters’ and ‘Navalny’, has also emerged as one of the best documentaries this year.

• ‘All That Breathes’ is also nominated for a BAFTA Award. It previously won the World Cinema Grand Jury Prize: Documentary at this year’s Sundance Film Festival, a film gala that promotes independent cinema and filmmakers, and earned the Golden Eye award for the best documentary at the 2022 Cannes Film Festival. 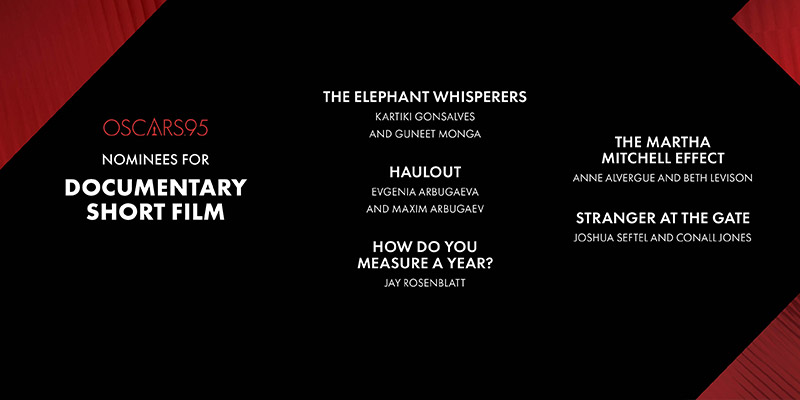 • Tamil documentary ‘The Elephant Whisperers’, a story about the unbreakable bond between two abandoned elephants and their caretakers, is nominated in the Documentary Short Subject category at the Oscars where it will compete with ‘Haulout’, ‘How Do You Measure a Year?’, ‘The Martha Mitchell Effect’ and ‘Stranger at the Gate’.

• The Netflix documentary is directed by Kartiki Gonsalves and produced by Guneet Monga and Achin Jain of Sikhya Entertainment. Monga was also the producer of Period.