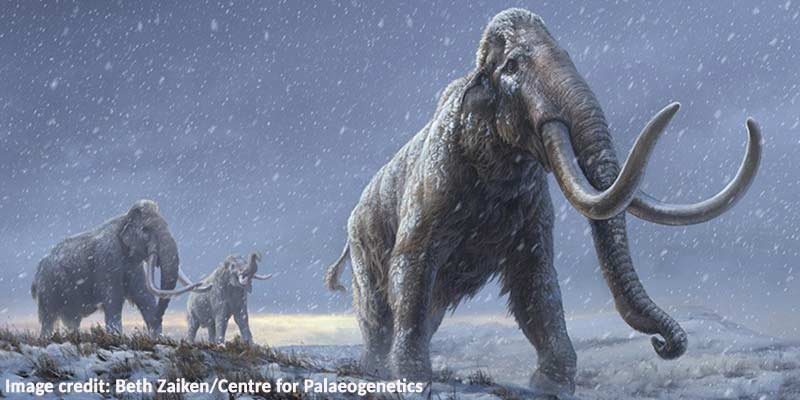 Scientists have recovered the oldest DNA on record, extracting it from the molars of mammoths that roamed northeastern Siberia up to 1.2 million years ago in research that broadens the horizons for understanding extinct species.

The researchers said that they had recovered and sequenced DNA from the remains of three individual mammoths entombed in permafrost conditions conducive to preservation of ancient genetic material.

Until now, the oldest DNA came from a horse that lived in Canada's Yukon territory about 700,000 years ago.

By way of comparison, our species, Homo sapiens, first appeared roughly 300,000 years ago.

The researchers gained insights into mammoth evolution and migration by comparing the DNA to that of mammoths that lived more recently. The last mammoths disappeared roughly 4,000 years ago.

DNA on a million-year time scale, convey the process of speciation (formation of new species) in a much more detailed way. Morphological analyses on bones and teeth usually only allow researchers to study a handful of characteristics in the fossils, whereas with genomics one can analyze tens of thousands of characteristics.