US, Iran head to Vienna for indirect talks on nuclear programme 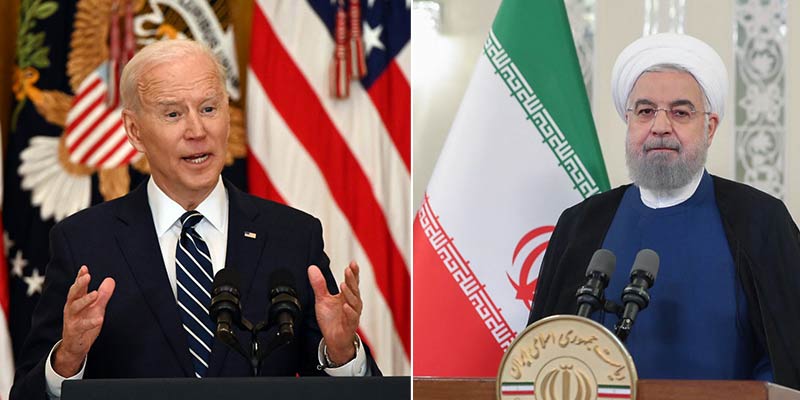 The United States and Iran said on April 2 that they would begin negotiations through intermediaries to try to get both countries back into an accord limiting Tehran’s nuclear programme, nearly three years after former  President Donald Trump pulled the US out of the deal.

The announcement marked the first major progress in efforts to return both countries to the 2015 accord, which bound Iran to restrictions on its nuclear programmes in return for relief from US and international sanctions.

US President Joe Biden came into office saying that getting back into the accord was a priority.

Both sides would hold indirect talks in Vienna from April 6 as part of broader negotiations to revive the 2015 nuclear deal.

• On July 14, 2015, the P5+1 (China, France, Germany, Russia, the United Kingdom, and the United States), the European Union (EU), and Iran reached a Joint Comprehensive Plan of Action (JCPOA) to ensure that Iran’s nuclear programme will be exclusively peaceful.

• The JCPOA came into effect on October 18, 2015 and participants began taking steps necessary to implement their JCPOA commitments.

• The agreement cut off Iran’s pathways to fissile material for a nuclear weapon, while ensuring the vigorous inspections and transparency necessary for verification.

• The accord was aimed to reduce the number of Iran’s centrifuges by two-thirds and eliminate 98 per cent of its enriched uranium, going from a quantity enough to produce 10 nuclear weapons to a fraction of what was needed for a single nuclear weapon.

• It also provided for the termination of sanctions placed on Iran for the exercise of its right to the peaceful use of nuclear energy.

• Trump pulled the US out of the accord in 2018, opting for a maximum pressure campaign of stepped-up US sanctions and other tough actions.

• Iran responded by intensifying its enrichment of uranium and building of centrifuges, while maintaining its insistence that its nuclear development was for civilian and not military purposes.

• Iran’s moves increased pressure on major world powers and raised tensions among US allies and strategic partners in the Middle East.

• The International Atomic Energy Agency (IAEA) has said that over the past two years, Iran has accumulated a lot of nuclear material and new capacities and used the time for honing their skills in these areas.

Agreement on the start of indirect talks came after the European Union helped broker a virtual meeting of officials from Britain, China, France, Germany, Russia and Iran.

State Department spokesperson Ned Price called the resumption of negotiations, scheduled for April 6 in Vienna, a healthy step forward. But Price added that they don’t anticipate an immediate breakthrough as there will be difficult discussions ahead.

Iranian Foreign Minister Javad Zarif said the aim of the Vienna session would be to rapidly finalise sanction-lifting and nuclear measures for choreographed removal of all sanctions, followed by Iran ceasing remedial measures.

US, Iran head to Vienna for indirect talks on nuclear programme
COPY LINK