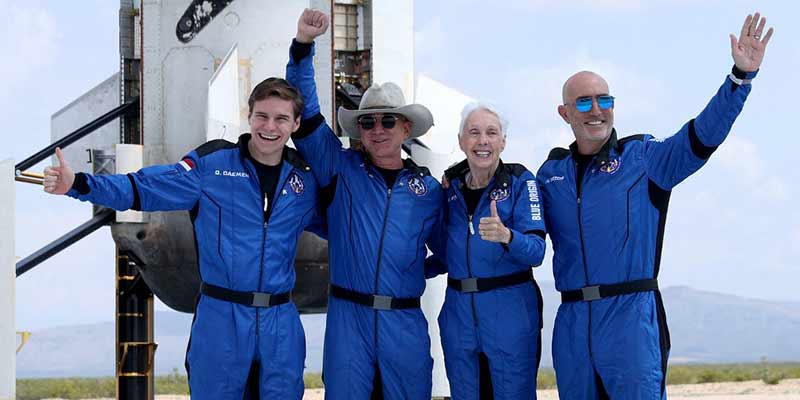 • Jeff Bezos, the world’s richest person, soared some 106 km above the Texas desert aboard his company Blue Origin’s New Shepard launch vehicle on July 20 and returned safely to Earth.

The crew onboard New Shepard

• Jeff and Mark Bezos became the first siblings to ever fly in space together.

• Wally Funk, 82, became the oldest person to fly in space.

• Oliver Daemen, 18, was the first ever commercial astronaut to purchase a ticket and fly to space on a privately-funded and licensed space vehicle from a private launch site. He also became the youngest person to fly in space. 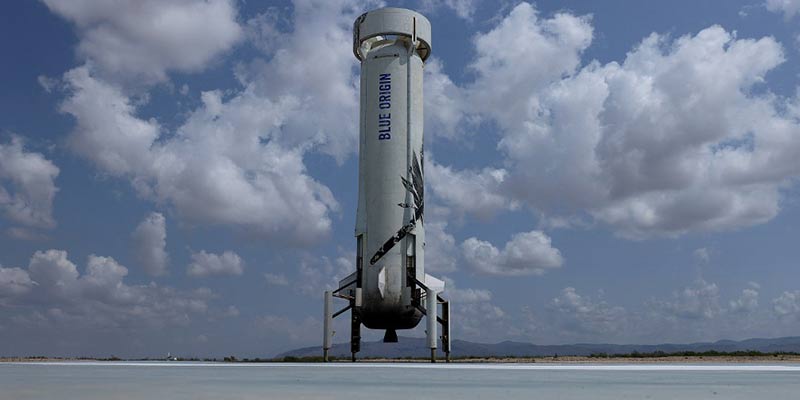 Highlights of the spaceflight:

• The fully autonomous 60-foot-tall (18.3 meters) gleaming white spacecraft, with a feather design on its side, ignited its BE-3 engine for a vertical liftoff from Blue Origin’s Launch Site One facility about 32 km outside the rural town of Van Horn under mostly clear skies.

• The capsule was completely automated and required no official staff on board for the up-and-down flight.

• Blue Origin reached an altitude of about 106 km, higher than Branson’s July 11 ride. The 60-foot (18-metre) booster accelerated to Mach 3, or three times the speed of sound, to get the capsule high enough, before separating and landing upright.

• Blue Origin was founded by Bezos in 2000 in Kent, Washington, near Amazon’s Seattle headquarters.

• The company is working on a massive rocket, New Glenn, to put payloads and people into orbit from Cape Canaveral, Florida. The company also wants to put astronauts back on the Moon with its proposed lunar lander Blue Moon.

• The launch represented another step in the fierce competition to forge a space tourism sector. In this “billionaire space race”, Branson pierced Earth’s atmosphere first, reaching an altitude of 88 km aboard his rocket-powered, pilot-flown spaceplane.

• The two flights give credibility and inject enthusiasm into the fledgling commercial space tourism industry, which Swiss bank UBS estimates will be worth $3 billion annually in a decade.

• Virgin Galactic already has more than 600 reservations at $250,000 apiece. Founded by Branson in 2004, the company has sent crew into space four times and plans two more test flights from New Mexico before launching customers next year.

• Another billionaire tech mogul, Elon Musk, plans to send an all-civilian crew on a several-day orbital mission on his Crew Dragon capsule in September.