Explainer / 20 years of the SCO 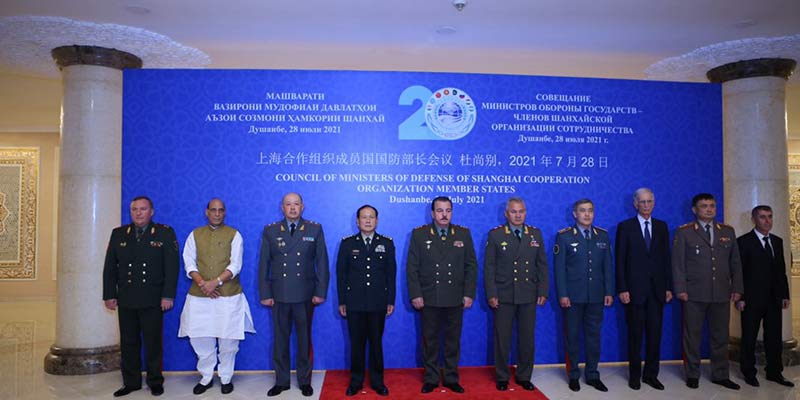 Terrorism is the most serious threat to international peace and security and support to any acts of terror is a crime against humanity, Defence Minister Rajnath Singh said at a conclave of the Shanghai Cooperation Organisation (SCO) in Dushanbe, Tajikistan.

He also congratulated Member States of the SCO on successful completion of 20 years of its establishment. 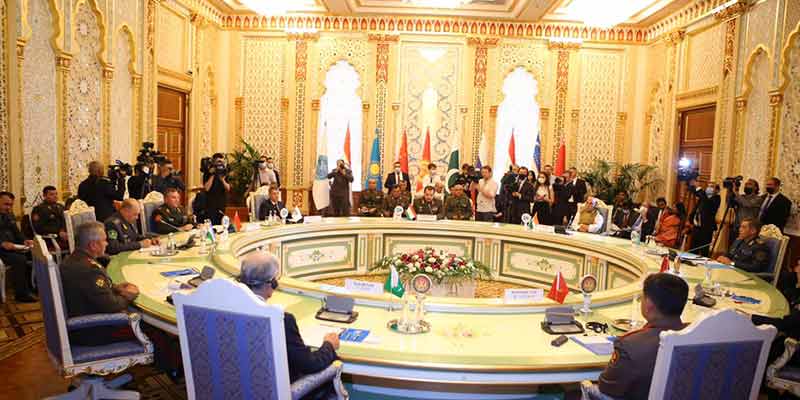 Significance of the SCO

• The SCO was established as a multilateral association to ensure security and maintain stability across the vast Eurasian region, join forces to counteract emerging challenges and threats, and enhance trade, as well as cultural and humanitarian cooperation.

• The SCO, seen as a counterweight to NATO, has emerged as one of the largest transregional international organisations.

• The entire structure of the organisation is designed to generate multilateral partnerships to assist sovereign members in coordinating strategies and approaches to solving pressing international issues and meeting regional needs.

• It also provides an opportunity for Member States to concentrate their efforts on common goals in accordance with the principles of voluntary cooperation and equitable distribution of responsibilities.

• The region comprising SCO Member States — stretching north to south from the Arctic to the Indian Ocean, and east to west from Lianyungang in China to Kaliningrad in the Russian Federation — home to almost 44 per cent of the world’s population, poses the fundamental task of collectively maintaining stability and effectively counteracting security threats across our respective territories, the responsibility of what is currently the largest regional organization on Earth.

• By consolidating four nuclear powers — almost half of the world’s nuclear States — into a single regional organization, SCO serves as an additional deterrent within the system established to maintain the world’s strategic balance of power and political stability.

• The Regional Anti-Terrorist Structure (RATS) has been very effective in tackling terrorist activities. Under RATS coordination, the authorities of SCO member States have managed to prevent terrorist attacks while still in the planning stages, averted crimes of terrorist and extremist nature, and neutralized terrorist training camps and members of international terrorist organisations.

• The SCO has established relations with the UN in 2004 (where it is an observer in the General Assembly), Commonwealth of Independent States in 2005, ASEAN in 2005, the Collective Security Treaty Organisation in 2007, the Economic Cooperation Organisation in 2007, the UN Office on Drugs and Crime in 2011, the Conference on Interaction and Confidence-Building Measures in Asia in 2014, the UN Economic and Social Commission for Asia and the Pacific in 2015 and the UNESCO in 2018.