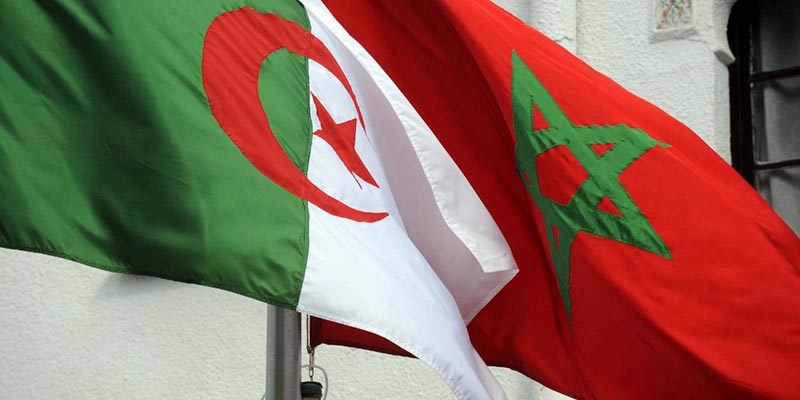 Algeria cut diplomatic relations with Morocco, citing what it called hostile actions by its neighbour with which it has had strained relations for decades.

However, consulates in both countries will stay open.

The move culminates a period of growing tension between the North African countries, which are mired in a decades-long feud, with their borders closed to each other.

What triggered this move?

• While the border between the two North African powers has been closed since 1994, diplomatic relations have not been broken since they were restored in 1988 following an earlier dispute.

• Morocco has said for years it wants the border to reopen. Algeria has said it must stay shut for security reasons.

• When forest fires ripped across northern Algeria earlier this month, killing at least 90 people, authorities were quick to blame the independence movement of the mainly Berber region, and accused Morocco of backing it.

• Algeria said lethal wildfires were the work of two groups it has labelled “terrorists”, including the Movement for Self-determination of Kabylie (MAK), which seeks independence for the traditionally restive Kabylie region.

• Morocco offered to send help to combat the fires, but there was no public response from Algeria.

• Last month, Algeria recalled its ambassador after a Moroccan diplomat in New York called for the Kabyle people to have the right of self-determination.

• Relations have deteriorated since last year, when the Western Sahara issue flared up after many years.

• Algeria has long been at odds with Morocco, particularly over the Western Sahara, a former Spanish colony Morocco sees as an integral part of its territory, but where Algiers has supported the Polisario independence movement.

• Their rivalry took a new twist last year when outgoing US president Donald Trump recognised Moroccan sovereignty over the territory — in exchange for Morocco normalising ties with Israel. 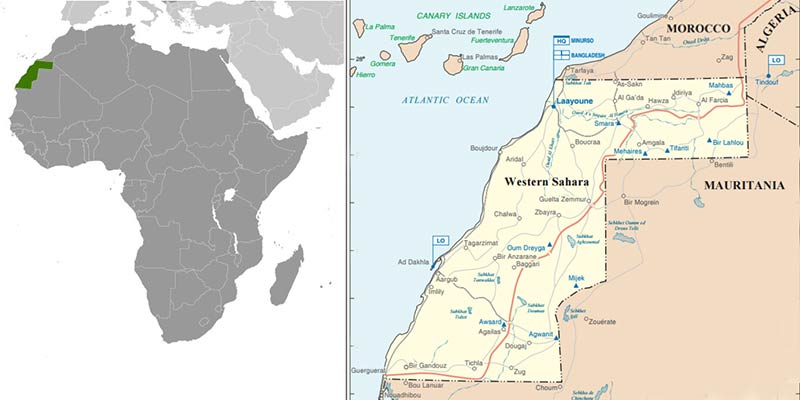 • Western Sahara is a territory on the northwest coast of Africa bordered by Morocco, Mauritania, and Algeria.

• Spain withdrew from its former colony of Spanish Sahara in 1976. Both Morocco and Mauritania affirmed their claim to the territory, a claim opposed by the Polisario Front (Popular Front for the Liberation of the Saguia el-Hamra and Rio de Oro), supported by Algeria.

• Mauritania renounced all claims to Western Sahara in 1979. The Polisario Front formally proclaimed a government-in-exile of the Sahrawi Arab Democratic Republic (SADR).

• Moroccan and Polisario forces fought intermittently until a 1991 ceasefire and the establishment of a UN peacekeeping mission. As part of this effort, the UN sought to offer a choice to the people of Western Sahara between independence (favored by the Polisario Front) or integration into Morocco.

• The proposed referendum on the question of independence never took place due to lack of agreement on voter eligibility.

• A 2,700-kilometre-long sand berm stretching from inside southern Morocco to the Atlantic Ocean at Guerguerat was built during the conflict, of which 1,465 kilometres divides the territory into western and eastern parts.

• There are periodic ethnic tensions between the native Sahrawi population and Moroccan immigrants.

• Morocco has proposed wide-ranging autonomy for Western Sahara. But the Polisario Front insists the local population, which it estimates at 350,000 to 500,000, has the right to a referendum.

• The UN revived direct talks about the territory between Morocco, the Polisario Front, Algeria, and Mauritania in December 2018.