What is the Mu variant? 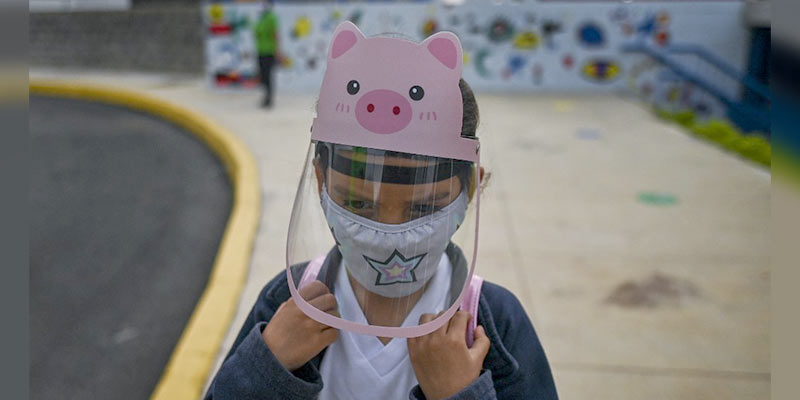 A new coronavirus “variant of interest” named Mu – also known by its scientific name as B.1.621 – is being closely monitored by the World Health Organisation (WHO).

WHO warned it was becoming increasingly prevalent in Colombia and Ecuador, and showed signs of possible resistance to vaccines.

Why does a virus mutate?

• Virus by its very nature mutates. It is part of its evolution.

• The SARS-Cov-2 virus is a single-stranded RNA virus. So, changes in the genetic sequence of the RNA are mutations. The moment a virus enters its host cell or a susceptible body, it starts replicating. When the spread of infection increases, the rate of replication also increases.

• A virus that has got a mutation in it is known as a variant.

• WHO, in collaboration with partners, expert networks, national authorities, institutions and researchers have been monitoring and assessing the evolution of SARS-CoV-2 since January 2020.

• During late 2020, the emergence of variants that posed an increased risk to global public health prompted the characterisation of specific Variants of Interest (VOIs) and Variants of Concern (VOCs), in order to prioritise global monitoring and research, and ultimately to inform the ongoing response to the COVID-19 pandemic. 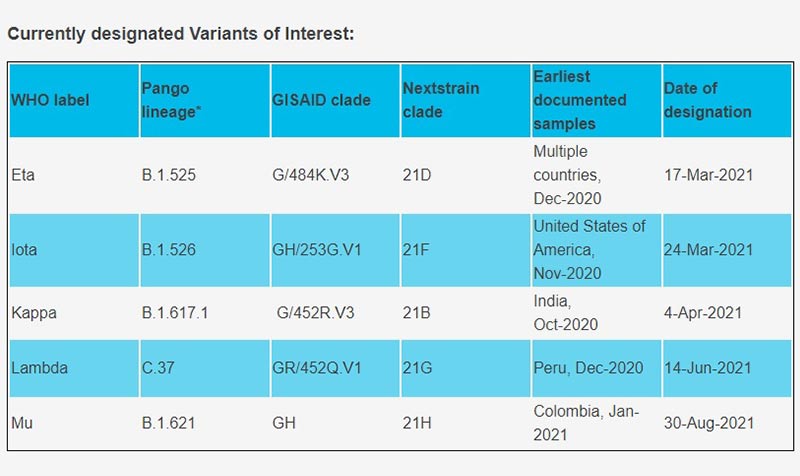 • When the mutations happen – if there is any previous association with any other similar variant which is felt to have an impact on public health – then it becomes a Variant under Investigation.

• Once genetic markers are identified which can have association with receptor binding domain or which have an implication on antibodies or neutralising assays, experts start calling them as Variants of Interest (VoI).

• When there is evidence for increased transmission through field-site and clinical correlations, it becomes a Variant of Concern (VoC).

Variants of concern are those that have one or more of the following characteristics:

• Evading the diagnostics, drugs and vaccines.

• Currently there are four Variants of Concern identified by the scientists — Alpha, Beta, Gamma and Delta.

• Globally, systems have been established and are being strengthened to detect “signals” of potential VOIs or VOCs and assess these based on the risk posed to global public health.

What do we know about the new Mu variant?

Mu was first identified in Colombia in January 2021, and since then, there have been “sporadic reports” of cases and outbreaks in South America and Europe.

While the global prevalence of Mu among sequenced COVID-19 cases is below 0.1 per cent, its prevalence has “consistently increased” in Colombia and Ecuador, where it is now responsible for around 39 per cent and 13 per cent of infections, respectively.

Mu is the fifth variant of interest to be monitored by the WHO since March.

It has a number of mutations that suggest it could be more resistant to vaccines. However, further research would be needed to confirm this.

Preliminary data show a reduced effectiveness of vaccines “similar to that seen for the Beta variant”.

The WHO said it would be monitoring “the epidemiology of the Mu variant in South America, particularly with the co-circulation of the Delta variant for changes”.

Explainer on Delta and Delta Plus variants of coronavirus

The Delta Plus variant has increased transmissibility, stronger binding to receptors of lung cells and potential reduction in monoclonal antibody response.

What is the Mu variant?
COPY LINK