Why do many countries oppose Russia’s Nord Stream 2 gas pipeline?

Russia’s state-controlled gas giant Gazprom said it has completed the construction of the Nord Stream 2 gas pipeline to Germany, a contentious project that Ukraine and the United States have strongly opposed.

The Nord Stream 2 subsea pipeline to Germany, which could allow Russia to double lucrative gas exports to Europe via the Baltic Sea while bypassing and cutting off a source of income for political foe Ukraine. 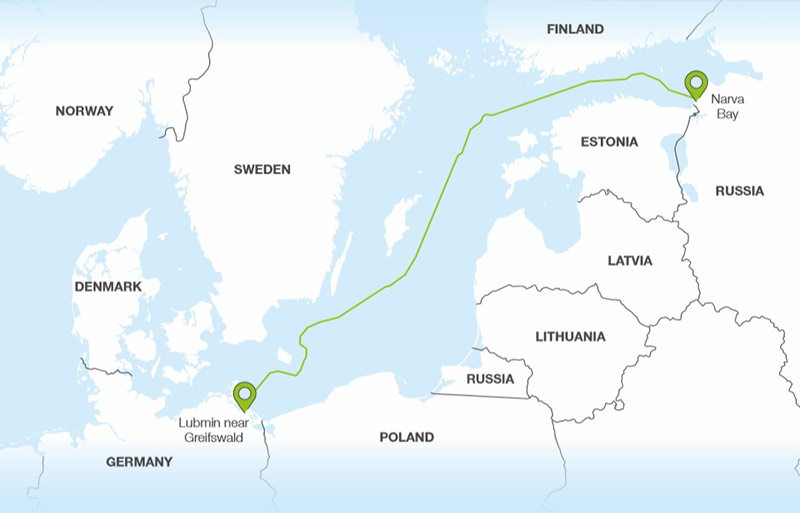 What is Nord Stream 2 project?

• Nord Stream 2 is a pipeline through the Baltic Sea, which will transport natural gas over some 1,230 km from the world’s largest gas reserves in Russia via the most efficient route to consumers in Europe.

• It follows the route of the original Nord Stream 1 pipeline, which began operations in 2011.

• It will have the capacity to transport 55 billion cubic metres of gas per year, enough to supply 26 million European households.

• The aggregated design capacity of Nord Stream and Nord Stream 2 is 110 billion cubic meters of gas per year.

• Progress of the $11 billion project stalled at the end of 2019 when then US president Donald Trump imposed sanctions.

• Construction restarted around a year later with the engagement of Russia’s own vessels.

• This secure supply of natural gas with its low CO2 emissions will also contribute to Europe’s objective to have a more climate-friendly energy mix with gas substituting for coal in power generation and providing back-up for intermittent renewable sources of energy such as wind and solar power.

• The Nord Stream 2 Pipeline will deliver gas from the vast natural gas field Bovanenkovo in North Russia’s Yamal Peninsula, which holds in total some 4.9 trillion cubic meters of gas reserves.

• Russian giant Gazprom has a majority stake in the project, working alongside an international consortium that includes Germany’s Wintershall and Uniper groups, Dutch-British giant Shell, France’s Engie and Austria’s OMV.

• Although German regulators have yet to clear gas flows, completion of the construction stage means Russia has boosted its energy exporting capabilities towards Europe both from the north in the Baltic Sea and from the south in the Black Sea, where it operates the TurkStream pipeline.

• Russia said pumping commercial gas supplies via Nord Stream 2 would not start until a German regulator gives the green light.

• Before Germany’s energy regulator approves Nord Stream 2, it must comply with European unbundling rules that require pipelines owners to be different from suppliers of gas flowing in them to ensure fair competition.

Why did the US oppose the project?

• The project has long been in the crosshairs of the United States, particularly by the administration of former president Donald Trump, which promoted US gas and openly criticised European countries for buying energy from Russia.

• The US is seeking to boost sales of sea-borne liquefied natural gas to Europe.

• In July, the US and Germany reached a deal to allow Nord Stream 2’s completion without the imposition of US sanctions on German entities.

• Under the terms of the deal, the US and Germany committed to countering any Russian attempt to use the Nord Stream 2 pipeline as a political weapon.

• Ukrainian President Volodymyr Zelenskyy has described the new pipeline as a powerful geopolitical weapon for Russia, which annexed Ukraine’s Crimean Peninsula in 2014 after the ouster of the former Kremlin-friendly president and has thrown its weight behind a separatist insurgency in eastern Ukraine.