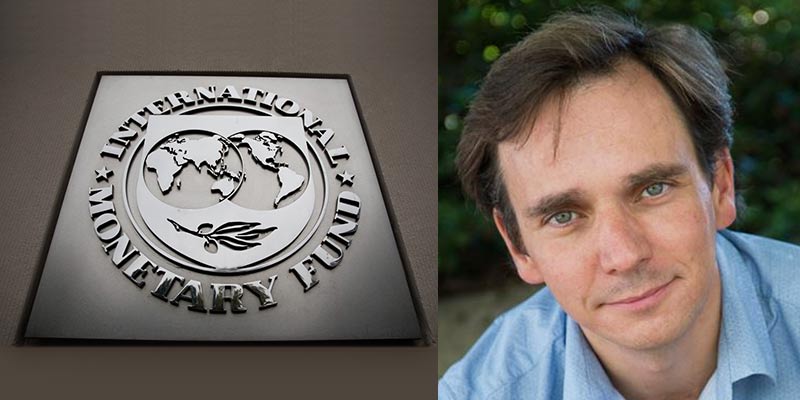 The International Monetary Fund (IMF) has appointed Pierre-Olivier Gourinchas as its next chief economist.

As economic counsellor and director of the Research Department (RES), he will succeed Gita Gopinath, who as previously announced, will join IMF’s management team as First Deputy Managing Director.

Gourinchas, who joined UC-Berkeley in 2003 and held previous economic posts at Princeton University and Stanford University, will start part-time on January 24 and transition to full-time Fund work on April 1.

• The IMF was conceived in July 1944 at the United Nations Bretton Woods Conference in New Hampshire, US.

• The 44 countries in attendance sought to build a framework for international economic cooperation and avoid repeating the competitive currency devaluations that contributed to the Great Depression of the 1930s.

• The IMF’s primary mission is to ensure the stability of the international monetary system — the system of exchange rates and international payments that enables countries and their citizens to transact with each other.

• Today, its membership embraces 190 countries, with staff drawn from 150 nations.

• India is a founder member of the IMF.

• Its headquarters is situated in Washington, D.C.

• The IMF is accountable to its member country governments.

• The Board of Governors, the highest decision-making body of the IMF, consists of one governor and one alternate governor for each member country. The governor is appointed by the member country and is usually the minister of finance or the governor of the central bank.

Surveillance: In order to maintain stability and prevent crises in the international monetary system, the IMF monitors member country policies as well as national, regional, and global economic and financial developments through a formal system known as surveillance. The IMF provides advice to member countries and promotes policies designed to foster economic stability, reduce vulnerability to economic and financial crises, and raise living standards.

Financial assistance: Providing loans to member countries that are experiencing actual or potential balance-of-payments problems is a core responsibility of the IMF. Individual country adjustment programs are designed in close cooperation with the IMF and are supported by IMF financing, and ongoing financial support is dependent on effective implementation of these adjustments.

Issuing of SDRs: The IMF issues an international reserve asset known as Special Drawing Rights (SDRs). The SDR was created by the IMF in 1969 to supplement its member countries’ official reserves.

The value of the SDR is based on a basket of five currencies — the US dollar, the euro, the Chinese renminbi, the Japanese yen, and the British pound sterling. The SDR serves as the unit of account of the IMF and other international organisations. The SDR is neither a currency nor a claim on the IMF. Rather, it is a potential claim on the freely usable currencies of IMF members. SDRs can be exchanged for these currencies.