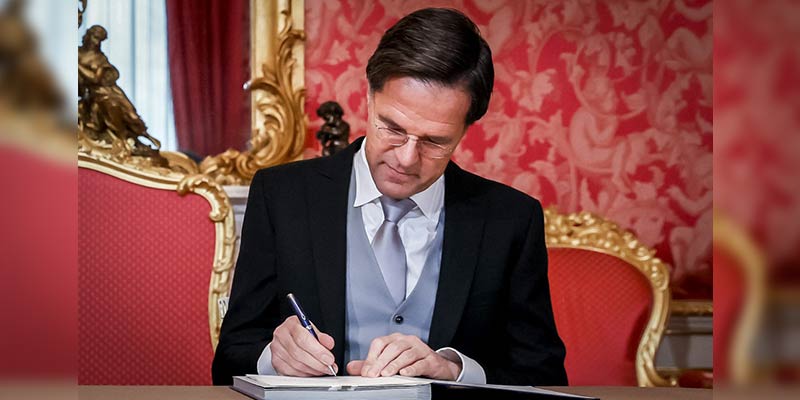 • Dutch King Willem-Alexander swore in a new ruling coalition on January 10, led for the fourth time by Mark Rutte.

• Although the coalition consists of the same four parties that have been in charge since 2017, it took almost 10 months to bring them back together after the inconclusive election on March 17, 2021, increased parties’ reluctance to compromise.

Prime Minister Narendra Modi congratulated his Dutch counterpart Mark Rutte on taking oath for a fourth term, and expressed confidence that the two leaders will together advance the wide-ranging partnership between India and the Netherlands to new heights.

• India and Netherlands established official relations in 1947. Since the early 1980s, the Dutch government has identified India as an important economic partner.

• Trade and commercial relations constitute the bedrock of bilateral ties between the two countries. The Netherlands was the third largest investor in India, after Mauritius and Singapore for FY 2019-20 with FDI inflows of $6.5 billion. From the period between April 2000 to December 2020, the Dutch investments in India comprise $36.28 billion standing at the fourth position.

• The Netherlands was India’s fifth largest trading partner in Europe, after Germany, Switzerland, the UK and Belgium in FY 2019-20 with a total two-way trade of $11.75 billion.

• Dutch water expertise is amongst the best in the world. In order to find solutions for water related challenges a platform called Dutch Indo Water Alliance Leadership Initiative (DIWALI) has been developed in which India and Netherlands could participate in designing solutions for water challenges.

• Agriculture is one of the core sectors identified by the Netherlands for enhancing bilateral cooperation with India.

• The Netherlands is keen to intensify its business relations with India to emerge as the country’s hub for doing business with Europe. Both the countries complement each other and by working together can combine forces to find new solutions to shape the future and tackle societal challenges, especially in the energy and climate sectors.