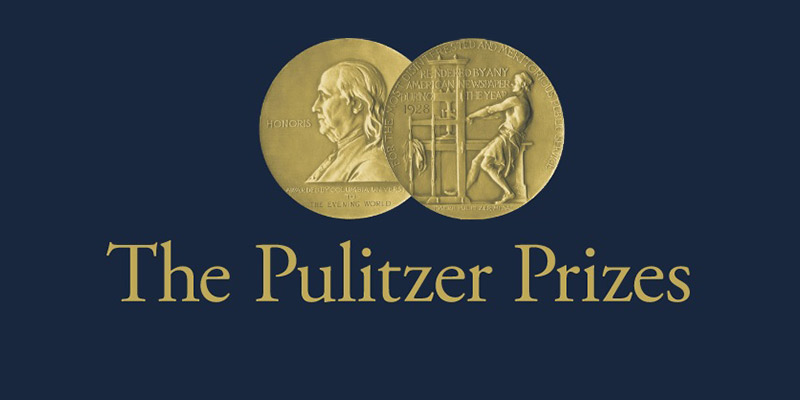 • Danish Siddiqui, who died in July 2021 while covering the war in Afghanistan, is among four Indians honoured with the prestigious Pulitzer Prize 2022 in the feature photography category.

• Siddiqui and his colleagues Adnan Abidi, Sanna Irshad Mattoo and Amit Dave from the Reuters news agency won the award for “images of COVID’s toll in India that balanced intimacy and devastation, while offering viewers a heightened sense of place”.

• Siddiqui, 38, was killed last year while covering clashes between Afghan troops and the Taliban in Spin Boldak district of Kandahar city.

• This is for the second time that Siddiqui has won the Pulitzer Prize. He was honoured with the prestigious award in 2018 as part of the Reuters team for their coverage of the Rohingya crisis. He had extensively covered the Afghanistan conflict, the Hong Kong protests and other major events in Asia, Middle East, and Europe.

• The Pulitzer Prizes were established by Joseph Pulitzer, a Hungarian-American journalist and newspaper publisher, who left money to Columbia University upon his death in 1911. A portion of his bequest was used to found the School of Journalism in 1912 and to establish the Pulitzer Prizes, which were first awarded in 1917.

• The 19-member Pulitzer Board is composed mainly of leading journalists or news executives from media outlets across the US, as well as five academics or persons in the arts. The dean of Columbia Journalism School and the administrator of the Prizes are non-voting members. The chair rotates annually to the most senior member or members. The board is self-perpetuating in the election of members. Voting members may serve three terms of three years each for a total of nine years.

• Each year, 22 prizes are awarded. The yearlong process begins with the appointment of 113 distinguished jurors who make three recommendations in each category.

• The Pulitzer Prize Gold Medal is awarded each year to the American news organisation that wins the Public Service category. It is never awarded to an individual. However, through the years, the Medal has come to symbolise the entire Pulitzer programme.

• The Washington Post bagged the Pulitzer Prize in public service journalism for its coverage of the January 6 insurrection at the US Capitol.

• The Pulitzer Board awarded a special citation to the journalists of Ukraine for their “courage, endurance, and commitment to truthful reporting during (President) Vladimir Putin’s ruthless invasion of their country and his propaganda war in Russia”.

• Marcus Yam of the Los Angeles Times bagged the award in the Breaking News - photography category “for raw and urgent images of the US departure from Afghanistan that capture the human cost of the historic change in the country”.

• Win McNamee, Drew Angerer, Spencer Platt, Samuel Corum and Jon Cherry of Getty Images also won the award in the Breaking News photography category for their “comprehensive and consistently riveting photos of the attack on the US Capitol”.

Some of the other winners are:

• Breaking News Reporting - Staff of the Miami Herald for its urgent yet sweeping coverage of the collapse of the Champlain Towers South condominium complex, merging clear and compassionate writing with comprehensive news and accountability reporting.

• Investigative Reporting - Corey G. Johnson, Rebecca Woolington and Eli Murray of the Tampa Bay Times for a compelling exposé of highly toxic hazards inside Florida’s only battery recycling plant that forced the implementation of safety measures to adequately protect workers and nearby residents.

• Fiction - The Netanyahus: An Account of a Minor and Ultimately Even Negligible Episode in the History of a Very Famous Family, by Joshua Cohen.

• Biography - Chasing Me to My Grave: An Artist’s Memoir of the Jim Crow South, by the late Winfred Rembert as told to Erin I. Kelly.