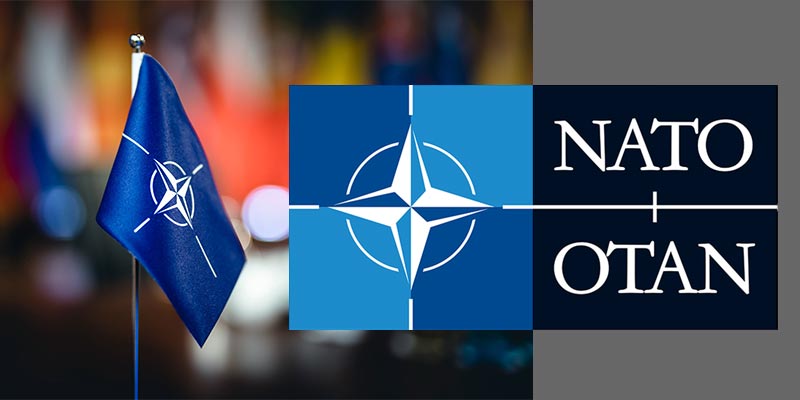 • Sweden has decided to join neighbouring Finland in seeking NATO membership, ending more than two centuries of military non-alignment in a historic shift prompted by Russia’s invasion of Ukraine.

• Finland President Sauli Niinisto and Prime Minister Sanna Marin had earlier announced that their country would seek membership in the North Atlantic Treaty Organisation (NATO). The Nordic country, which was non-aligned before changing its stance on NATO, shares a long border with Russia.

• A formal membership application will be submitted to NATO headquarters in Brussels.

• Russia has long bristled about NATO moving closer to its borders, so the developments will be sure to further anger Moscow. Russia has repeatedly warned Finland, which shares a 1,340-kilometre border with Russia, and Sweden of repercussions should they pursue NATO membership.

• North Atlantic Treaty Organisation (NATO) was formed in 1949 with the signing of the Washington Treaty. NATO is a security alliance of 30 countries from North America and Europe.

• In 1949, there were 12 founding members of the alliance: Belgium, Canada, Denmark, France, Iceland, Italy, Luxembourg, the Netherlands, Norway, Portugal, the United Kingdom and the United States.

• NATO’s fundamental goal is to safeguard the Allies’ freedom and security by political and military means.

• NATO enables members to consult and cooperate on defence and security-related issues to solve problems, build trust and, in the long run, prevent conflict.

• NATO is committed to the peaceful resolution of disputes. If diplomatic efforts fail, it has the military power to undertake crisis-management operations. These are carried out under the collective defence clause of NATO’s founding treaty - Article 5 of the Washington Treaty or under a United Nations mandate, alone or in cooperation with other countries and international organisations.

Why Sweden and Finland decided to join NATO?

• Once a regional military power, Sweden has avoided military alliances since the end of the Napoleonic Wars. Like Finland it remained neutral throughout the Cold War, but formed closer relations with NATO after the 1991 Soviet collapse. They no longer see themselves as neutral after joining the European Union in 1995, but have remained non-aligned militarily until now.

• After being firmly against NATO membership for decades, public opinion in both countries shifted following Russia’s February 24 invasion of Ukraine, with record levels of support for joining the alliance.

• The Swedish and Finnish governments swiftly initiated discussions across political parties about NATO membership and reached out to the US, Britain, Germany and other NATO countries for their support.

• Last week, British Prime Minister Boris Johnson visited both Finland and Sweden to sign a military cooperation agreement. The UK pledged to come to the aid of Sweden and Finland if the two Nordic nations came under attack. In 2017, Sweden and Finland joined the British-led Joint Expeditionary Force, which is designed to be more flexible and respond more quickly than the larger NATO alliance. It uses NATO standards and doctrine, so it can operate in conjunction with NATO, the United Nations or other multinational coalitions. Fully operational since 2018, the force has held a number of exercises both independently and in cooperation with NATO.

• Nordic NATO members Norway, Denmark, and Iceland said they were ready to assist Finland and Sweden with all necessary means during the application process.

• Turkish President Recep Tayyip Erdogan ratcheted up his objection to Sweden and Finland joining NATO, accusing the countries of failing to take a clear stance against Kurdish militants and other groups that his country considers to as terrorists, and of imposing military sanctions on Turkey.

• Erdogan also accused the two countries of refusing to extradite terrorists wanted by his country.

• Countries can only join NATO if all current members agree. Sweden and Finland need each of NATO’s 30 members to approve their applications. The ratification process had been expected to take up to a year, though Turkey’s objections have thrown that into doubt.