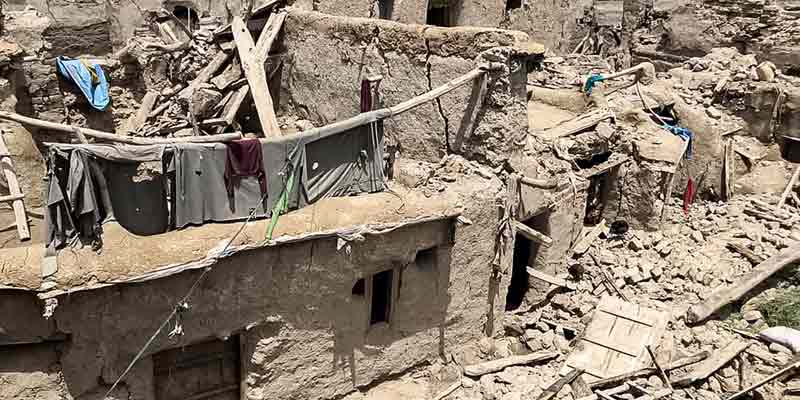 • A powerful earthquake struck a mountainous region of eastern Afghanistan on June 22, killing at least 1,000 people and injuring 1,500 more in the country’s deadliest quake in two decades.

• At least 2,000 homes were destroyed in the region, where on average every home has seven or eight people living in it.

• The 6.1 magnitude quake had its epicenter in Paktika province, some 50 kilometers southwest of the city of Khost. 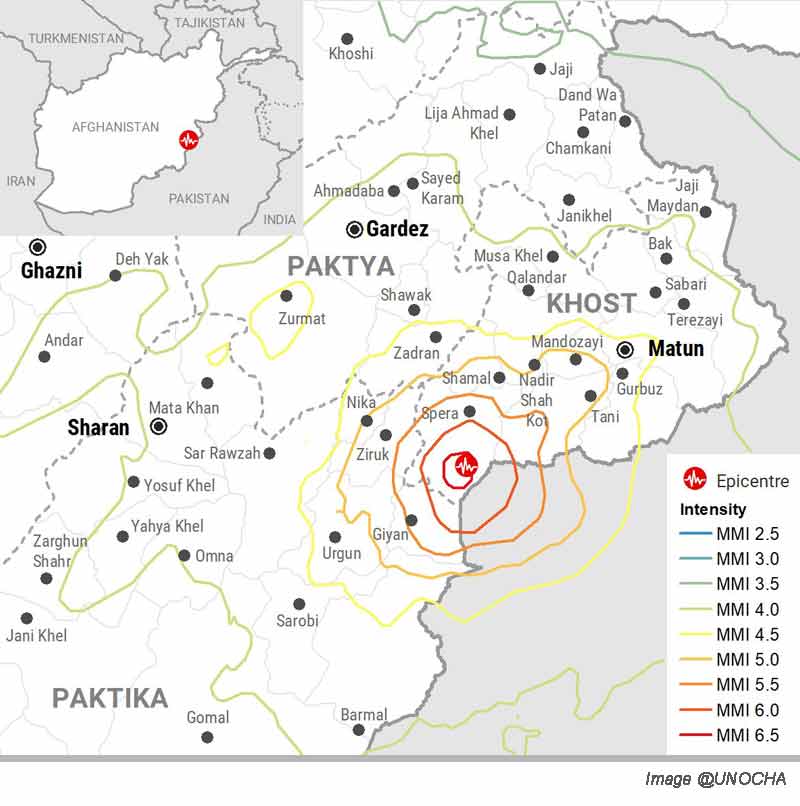 • Four districts in Paktika province — Gayan, Barmala, Naka and Ziruk — as well as Spera district in Khost province, have been affected.

• The quake was the deadliest in Afghanistan since 2002.

• The latest earthquake came at a time when Afghanistan is battling a severe humanitarian disaster, worsened by the Taliban takeover of the country.

• The United Nations Office for the Coordination of Humanitarian Affairs (OCHA) is coordinating the emergency response on behalf of UN agencies and humanitarian partners.

Earthquake: Earthquake is the manifestation of sudden release of strain energy accumulated in the rocks over extensive periods of time in the upper part of the Earth. Earthquakes are classified as, Slight (M<5.0), Moderate (5.0<M<6.9) and Great (M>7.0) depending upon the magnitude on the Richter scale. An earthquake having a magnitude, M<2.0 is termed as a microearthquake.

Seismograph: A seismograph, or seismometer, is an instrument used to detect and record earthquakes. Generally, it consists of a mass attached to a fixed base. During an earthquake, the base moves and the mass does not. The motion of the base with respect to the mass is commonly transformed into an electrical voltage. The electrical voltage is recorded on paper, magnetic tape, or another recording medium. This record is proportional to the motion of the seismometer mass relative to the earth, but it can be mathematically converted to a record of the absolute motion of the ground. Seismograph generally refers to the seismometer and its recording device as a single unit.

Richter scale: The Richter magnitude scale was developed in 1935 by Charles F. Richter of the California Institute of Technology as a mathematical device to compare the size of earthquakes. The magnitude of an earthquake is determined from the logarithm of the amplitude of waves recorded by seismographs. Adjustments are included for the variation in the distance between the various seismographs and the epicenter of the earthquakes. On the Richter Scale, magnitude is expressed in whole numbers and decimal fractions. For example, a magnitude 5.3 might be computed for a moderate earthquake.

Epicenter: It is the point on the surface of the Earth, vertically above the place of origin (hypocenter or focus) of an earthquake.

Aftershock: An earthquake that follows a large magnitude earthquake called, “main shock” and originates in or around the rupture zone of the main shock. Generally, major earthquakes are followed by a number of aftershocks, which show a decreasing trend in magnitude and frequency with time.