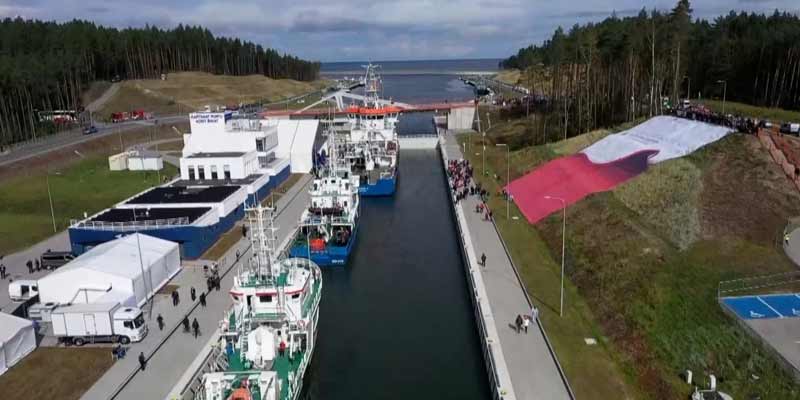 • Poland opened a new shipping channel through the Vistula Spit, built as the first stage of the new waterway connecting the Vistula Lagoon with the Bay of Gdansk.

• Poland’s top leaders said the ships no longer must secure Russia’s permission to sail from the Baltic Sea to the ports of the Vistula Lagoon.

• The event was timed to mark 83 years since the Soviet invasion of Poland during World War II and to symbolically demonstrate the end of Moscow’s say on the economy and development of a region that borders Russia’s Kaliningrad exclave.

• The government says the waterway gives Poland full sovereignty in the northeastern region, which needs investment and economic development.

• The canal, built at a cost of almost 2 billion zlotys ($420 million), cuts across the Vistula Spit, east of Gdansk, and was designed to allow ships to sail from the Baltic Sea and the Bay of Gdansk to Elblag and smaller ports of the lagoon without obtaining authorisation to travel through Russia’s Strait of Pilawa.

• It also shortens the Baltic-to-Elblag route by some 100 kilometers (54 nautical miles). 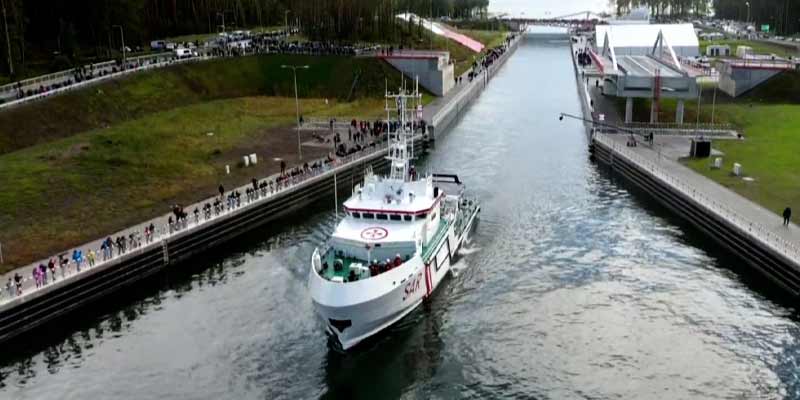 • Construction of the canal, which has not been completed, began in February 2019.

• Cargo ships cannot use the passage until the approach to the Port of Elblag is deepened to 5 meters. The work is expected to cost 100 million zlotys ($21 million).