Explainer / What is ‘dirty bomb’? 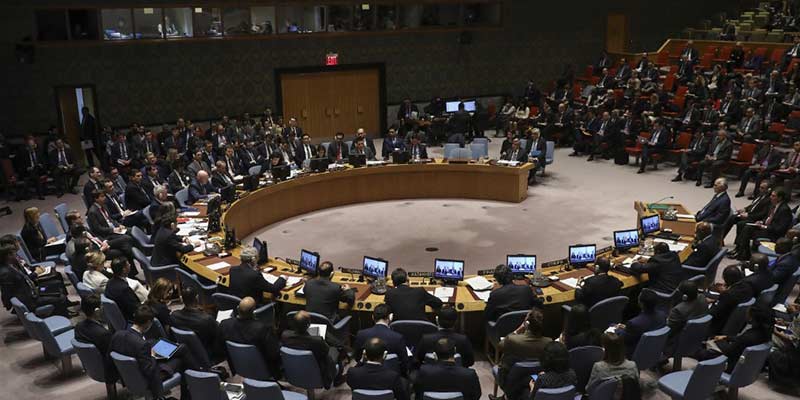 • Russia took its case to the UN Security Council that Ukraine is preparing to use a “dirty bomb” on its own territory, an assertion dismissed by Western and Ukrainian officials as misinformation and a pretext for intensifying the war.

• Moscow sent a letter detailing the allegations to the United Nations, and raised the issue at a closed meeting with the Security Council.

• Russia accused the Kyiv government of ordering two organisations to create a dirty bomb without giving any evidence.

What is called a ‘dirty bomb’?

• A “dirty bomb” is a conventional bomb laced with radioactive, biological or chemical materials which get disseminated in an explosion.

• The term is often used interchangeably with Radiological Dispersal Device (RDD), a bomb where radioactive materials are used.

• A radiological attack is the spreading of radioactive material with the intent to do harm.

• A “dirty bomb” is one type of RDD that uses a conventional explosion to disperse radioactive material over a targeted area.

• Most RDDs would not release enough radiation to kill people or cause severe illness. The conventional explosive itself would be more harmful to individuals than the radioactive material.

• However, depending on the scenario, an RDD explosion could create fear and panic, contaminate property, and require potentially costly cleanup.

• Most injuries from a dirty bomb would probably occur from the heat, debris, radiological dust, and force of the conventional explosion used to disperse the radioactive material, affecting only individuals close to the site of the explosion.

The effects of radiation exposure would be determined by:

i) The amount of radiation absorbed by the body.

ii) The type of radiation (gamma, beta or alpha).

iii) The distance from the radiation to an individual.

iv) The means of exposure-external or internal (absorbed by the skin, inhaled, or ingested).

v) The length of time exposed.

Dirty bomb is not a nuclear bomb

• A dirty bomb is not a nuclear bomb. A nuclear bomb creates an explosion that is thousands to millions of times more powerful than any conventional explosive that might be used in a dirty bomb.

• The resulting mushroom cloud from a nuclear detonation contains fine particles of radioactive dust and other debris that can blanket large areas (tens to hundreds of square kilometres) with “fallout”.

• By contrast, most of the radioactive particles dispersed by a dirty bomb would likely fall to the ground within a few city blocks or kilometres of the explosion.