The role of DRI in curbing smuggling 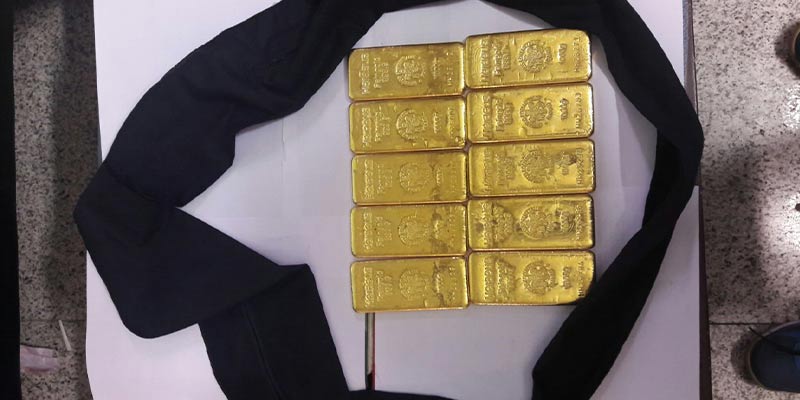 • The report was released on December 4, the 63rd Founding Day of the Directorate of Revenue Intelligence (DRI).

• The Directorate of Revenue Intelligence (DRI) was constituted in 1957 as the apex anti-smuggling intelligence and investigation agency functioning under the Central Board of Indirect Taxes and Customs (CBIC) to counter the menace of smuggling in India.

• Over the years, DRI has established itself as the premier intelligence agency commanding the trust of international and national agencies with its intelligence inputs on myriad subjects — ranging from fake currency notes, narcotics, gold, arms & ammunition, wildlife, cultural heritage and commercial fraud.

• The organisation has sought to reorient itself to new and emerging challenges, such as those relating to black money, money laundering and narco-terrorism.

• DRI enforces the provisions of the Customs Act, 1962 and over fifty other allied Acts including the Arms Act, NDPS Act, COFEPOSA (Conservation of Foreign Exchange and Prevention of Smuggling Activities), Wildlife Act, Antiquities Act, etc.

• It undertakes collection, collation, analysis and dissemination of intelligence relating to smuggling, carries out investigations, adjudication of cases and prosecution of the arrested persons.

• The DRI has also been designated as the lead agency for S-CORD, the national anti-smuggling coordination centre. Being the apex anti-smuggling enforcement organisation and given its track record in collaborative endeavours, DRI is expected to carry along the border agencies towards the common objective of thwarting smuggling activities that pose a grave threat to national security and economic well-being of the country.

• During the 2019-20 financial year, the DRI demonstrated prompt action in detection of 412 cases of smuggling resulting in seizure of contraband worth Rs 1,949 crore. Through risk assessment techniques and data analytics, DRI was able to unearth 761 complex cases of Customs involving duty evasion of amount Rs 2,183 crore.

• DRI made a number of seizures of smuggled cigarettes valued at Rs 77 crore, detected and prevented smuggling of areca nut and e-waste. As many as 837 economic offenders were arrested.

• DRI actively participated in multilateral operations like Operation Sesha III, Operation Tentacle and Operation Thunderball. As part of Operation Broadsword, DRI ofﬁcers travelled to the US and worked along with the US FDA against counterfeit medicines. DRI has proactively joined hands with other domestic agencies to thwart threats to economic security.

• Among the commodities smuggled into the country, gold occupies the prime position which is closely followed by narcotics and psychotropic substances, cigarettes, foreign currency, agricultural produce and wild plants and animals.

• India has become the fourth largest and fastest growing illegal cigarette market in the world with smuggled ones accounting for a quarter of the domestic cigarette industry.

• In FY 2019-20, approximately 120 tonnes of gold was smuggled into India, which was about 15-17 per cent of the nation’s annual demand, according to the World Gold Council.

What is the reason for rise in gold smuggling?

• The economic reforms of the 1990s witnessed the repeal of the Gold (Control) Act, 1968 that had prohibited the import of gold except for jewellery. The erstwhile statute had led to the emergence of a notorious network of gold smugglers during the 1970s and 1980s. The economic reforms and liberalisation led to the imposition of a modest specific duty of Rs 300 on 10 grams in 2011-12 (increased from Rs 200 in 2010-11) on the imported yellow metal, bringing gold smuggling almost to a grinding halt.

• The duty rate was enhanced in 2013, essentially to rein in the spiralling current account deficits, when the rate was shifted from specific to ad valorem (according to value) and within a span of two months, the duty on gold increased nearly four-fold to 4 per cent.

• At present, the import of gold attracts Customs duty of 12.5 per cent, GST of 3 per cent and an additional GST of 5 per cent on making of gold ornaments. The increase in duty on imported gold has led to the rise in smuggling of gold.

• Production, trafficking and consumption of various illicit drugs is seeing newer trends in India and across the globe. There has been a significant increase in the global supply of drugs sourced from organic sources like opium, cannabis and cocaine as well as that sourced from synthetic sources.

• Illicit drugs continue to pose a serious challenge as India has been transformed from a predominantly transit country till the beginning of this millennium, to a sizable consumer country of narcotic drugs and psychotropic substances.

• Drug law enforcement in India derives its strength from Article 47 of the Constitution of India.

• The Parliament enacted the Narcotic Drugs and Psychotropic Substances Act, 1985 (NDPS Act), which came into force on November 14, 1985. NDPS Act ensures that India fulfils its obligations under the three UN Drug Conventions and objectives underlined in Article 47 of the Constitution of India.

• The NDPS Act prohibits, except for medical or scientific purposes, the manufacture, production, trade, use, etc of narcotic drugs and psychotropic substances. The rules and schedules of the NDPS Act, 1985 are constantly being updated to keep it in tune with the innovations and developments in the field of drugs and psychotropic substances, including the challenges in drug law enforcement.

• For coordination among various central and state agencies, the Narco Coordination Centre (N-CORD) mechanism was set up by the ministry of home affairs in 2016 to conduct regular meetings with these agencies for effective drug law enforcement. This N-CORD system has been restructured into four tiers up to district level by MHA in 2019 for better coordination and cooperation.

• Central Bureau of Narcotics (CBN), under the department of revenue, is mandated to supervise licit (lawful) cultivation of opium poppy for medicinal use. The CBN also issues licenses for the licit manufacture and export of synthetic narcotic drugs and is the competent national authority in respect of NDPS substances being exported out of India as per the international regime of prior informed consent, implemented by International Narcotics Control Board.

• Being the apex anti-smuggling agency, DRI coordinates with various national and international enforcement agencies as a part of its law enforcement efforts against smuggling of narcotic drugs and psychotropic substances.

• DRI has continued its sustained efforts by effecting seizures of narcotic drugs and psychotropic substances in 2019-20. A total of 72 seizures of substances covered under NDPS Act were done across India. 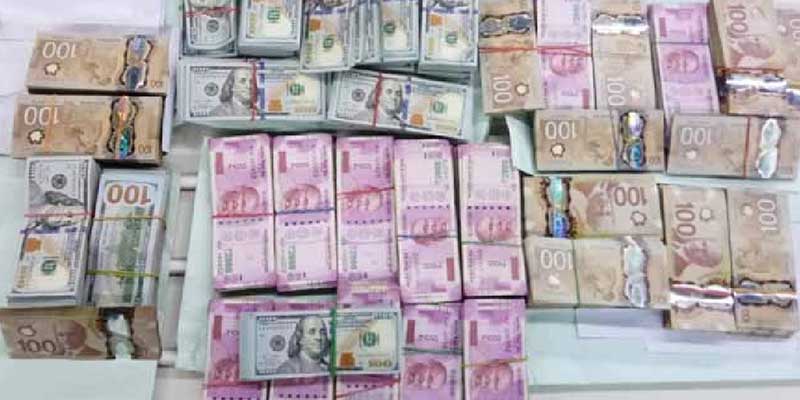 • Smuggling by its very definition seeks to exploit the chinks in border security and border management of a country. It exposes critical gaps in the national security architecture which can be used for activities like smuggling of commercial goods to smuggling of gold and in extreme cases smuggling of narcotics, explosives, dual use goods, arms and ammunition.

• Cross-border trade and smuggling can have a multi-dimensional impact on national security. Apart from its traditional impacts like being used by criminals inimical to the security of the state to finance their activities and sustain themselves, increasingly, the global supply chain and volume of trade is being used to mask proliferation and illegal trade in dual-use goods as genuine trade transactions.

• The Indian borders have unfortunately devolved into nerve centres for cross-border smuggling. As many as 605 seizures of outright smuggling, valued at Rs 2,768 crore were recorded by DRI in 2019-20 through various routes.

• Smuggling of Fake Indian Currency Notes (FICN) is another grave security threat that is intended to harm and destabilise Indian financial system. FICN is smuggled into India mostly from Pakistan through the land borders of Bangladesh and Nepal.

• Laundering of unaccounted money by trade in goods is one of the oldest known ways of money laundering. Overvaluation and undervaluation of exports lead to transfer of disproportionate money from one country to another, apart from impacting the Customs duty. The unaccounted money is laundered to legitimise as proceeds of trade.

• Misdeclaration is found to be one of the most common modus resorted in commercial frauds. The trends in imports of a commodity, origin of the consignment, the end use being declared by the importer, the profile of the importers, etc are some of the parameters which helped in analysing and identifying misdeclaration in imports.

• During 2019-20, the DRI has registered 73 cases involving overvaluation of exports. 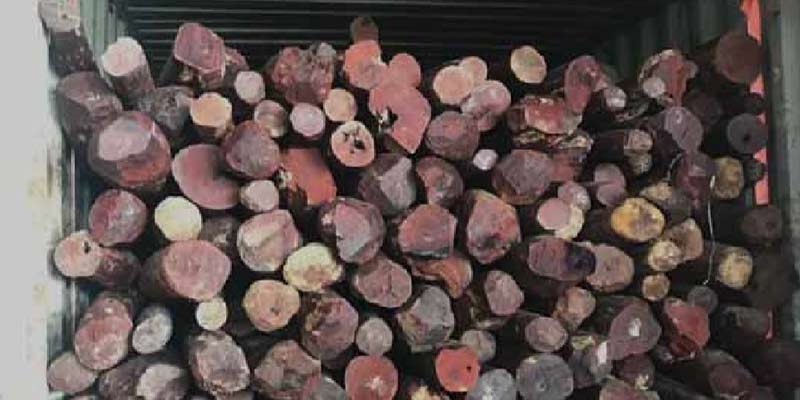 • The effective monitoring and control of transboundary movements is a key component of wildlife protection. In most countries, this task falls upon Customs which is at the forefront of efforts to counter wildlife trafficking and ensure that trade in wild plants and animals is practiced legally by implementing the provisions of the Convention on International Trade Endangered Species of Wild Fauna and Flora (CITES) as well as relevant national legislation.

• There is an unfortunate and increasing trend in smuggling of endangered and exotic fauna from different parts of the world into India. Most of these land up as exotic pets. The exotic pet trade in India has grown with the main demand being for birds, tortoises.

• Most of these exotic birds are imported through Illegal channels and then sold in the domestic market as pets.

• Wildlife Protection Act, 1972 provides for the protection of wild animals, birds and plants. Import and export of wildlife articles/derivatives are either restricted or prohibited under the Export Import Policy.

2) Operation Tentacle: It is a WCO-led anti-money laundering and counter-terrorism financing capacity building and operational effort. It counters smuggling of currency, diamonds and gold by airline passengers at primary international airports.

3) Operation Sesha-III: It was initiated by Indian Customs with the support of many countries and the WCO. It counters smuggling of CITES listed species of timber.

4) Operation Ice Break: It was initiated to enhance cooperation and bring about collaborative efforts among the Customs community and law enforcement agencies and create synergy in the law enforcement responses against drug trafficking. It counters illicit trafficking of Methamphetamine and related precursor chemicals originating from the Golden Triangle and Mexico.

5) Operation Broadsword: It was the first bilateral enforcement operation of the US Food and Drug Administration with the Indian government. It stopped approximately 500 shipments of illicit, and potentially dangerous, unapproved prescription drugs and combination medical devices from reaching American consumers.

Notes
World Customs Organisation The World Customs Organisation (WCO) is an independent intergovernmental organization with primary mission to enhance the effectiveness and efficiency of Customs administrations worldwide. As the only intergovernmental organisation specialised in Customs matters, the WCO established its headquarters in Brussels in 1952, and currently represents 183 Members across the globe at all stages of social and economic development. As the global centre of Customs expertise and the voice of the international Customs community, the WCO provides an ideal forum for Customs administrations and their stakeholders to hold in-depth discussions, exchange experiences, and share best practices on a range of international Customs and trade issues.
Related Topics
RELATED STORIES

The role of DRI in curbing smuggling
COPY LINK