The development of legal aid movement in India 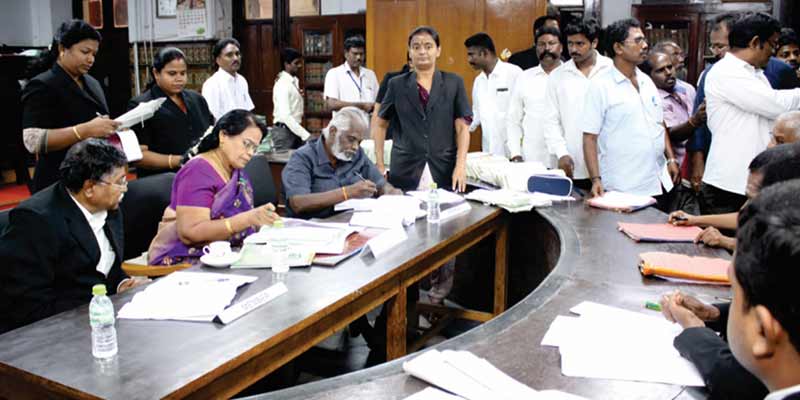 • Legal aid strives to ensure that constitutional pledge is fulfilled in its letter and spirit and equal justice is made available to the poor, downtrodden and weaker sections of the society.

• Article 39A of the Constitution of India provides that State shall secure that the operation of the legal system promotes justice on a basis of equal opportunity, and shall in particular, provide free legal aid, by suitable legislation or schemes or in any other way, to ensure that opportunities for securing justice are not denied to any citizen by reason of economic or other disability.

• Articles 14 and 22(1) also make it obligatory for the State to ensure equality before law and a legal system which promotes justice on a basis of equal opportunity to all.

What is free legal aid?

• Free legal aid is the provision of free legal services in civil and criminal matters for those poor and marginalised people who cannot afford the services of a lawyer for the conduct of a case or a legal proceeding in any court, tribunal or authority.

• Free legal aid is provided to weaker sections of the society who fall within the purview of Section 12 of the Legal Services Authority Act, 1987.

Provision of free legal aid may include:

1) Representation by an advocate in legal proceedings.

2) Payment of process fees, expenses of witnesses and all other charges payable or incurred in connection with any legal proceedings in appropriate cases.

3) Preparation of pleadings, memo of appeal, paper book including printing and translation of documents in legal proceedings.

5) Supply of certified copies of judgments, orders, notes of evidence and other documents in legal proceedings. 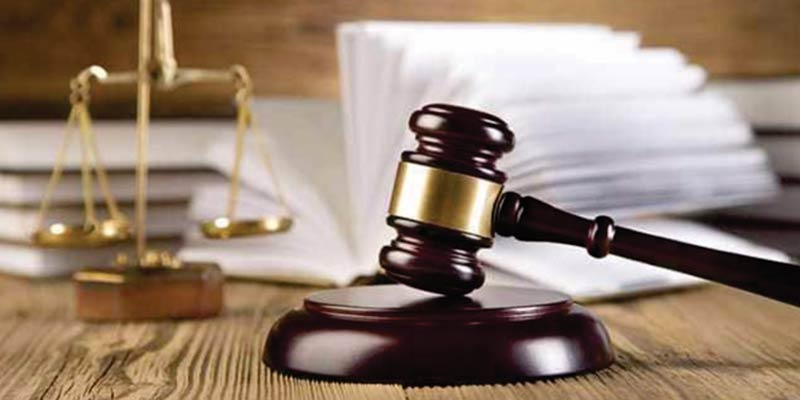 Origin of legal aid in India

• In 1980, a committee at the national level was constituted to oversee and supervise legal aid programmes throughout the country under the chairmanship of Justice P.N. Bhagwati, then a Judge of the Supreme Court. This committee came to be known as CILAS (Committee for Implementing Legal Aid Schemes) and started monitoring legal aid activities throughout the country.

• The introduction of Lok Adalats added a new chapter to the justice dispensation system of this country and succeeded in providing a supplementary forum to the litigants for conciliatory settlement of their disputes.

• In 1987, the Legal Services Authorities Act was enacted to give a statutory base to legal aid programmes throughout the country on a uniform pattern. This Act was enforced in 1995 after certain amendments were introduced therein by the Amendment Act of 1994.

• Supreme Court Legal Services Committee (SCLSC) has been constituted to administer and implement legal services related to the Supreme Court of India.

• NALSA lays down policies, principles, guidelines and frames effective and economical schemes for the State Legal Services Authorities to implement  legal services programmes throughout the country.

1) To provide free and competent legal services to the eligible persons covered under Section 12 of the Legal Services Authorities Act, 1987.

2) To organise Lok Adalats for amicable settlement of disputes.

3) To organise legal awareness camps in the rural areas.

• In order to facilitate alternative methods of dispute resolution, NALSA conducts Lok Adalats. It is a forum where disputes/cases pending in the court of law or at the pre-litigation stage are settled/compromised amicably.

• Lok Adalats have been given statutory status under the Legal Services Authorities Act, 1987. Under the said Act, the award (decision) made by the Lok Adalats is deemed to be a decree of a civil court and is final and binding on all parties and no appeal lies against such an award before any court of law.

There are three types of Lok Adalats:

1) Regular Lok Adalats are organised by the Legal Services Authorities/Committees as per the convenience/discretion of the State/District authorities, for settlement of both pre-litigation and post-litigation cases.

2) National Lok Adalats are conducted quarterly for settlement of cases (both pre-litigation and post-litigation) in all the courts from the Supreme Court of India to the taluk courts on a single day.

3) Permanent Lok Adalats are permanent establishments set up in most of the districts to provide compulsory pre-litigative mechanism for settlement of disputes related to public utility services.

• Lok Adalats have moved to the virtual platform due to the coronavirus pandemic and 27 such e-Lok Adalats organised in 15 states settled 2.51 lakh cases between June and October.

• The National Lok Adalat held on December 12 settled 10,42,816 cases, out of which 5,60,310 were at the pre-litigation stage and 4,82,506 were pending in courts, the law ministry said. The details, as provided by states on National Legal Services Authority portal, indicate that the settlement amount was nearly Rs 3,227.99 crore. A total 8,152 benches were constituted by 31 state legal services authorities to hold the national Lok Adalat on December 12 through virtual and physical mode across the country.

Aspiring to fulfil its goal of access to justice for all, the department of justice  has initiated three programmes.

• Specially designed to provide legal advice and consultation from the panel lawyers, tele-law service aims to connect the needy and disadvantaged to the panel lawyers via video conferencing, telephone and online chat facility available at the Common Service Centers (CSCs) at the village level.

• The service is free for those who are eligible for free legal Aid as mentioned under Section 12 of Legal Services Authority Act, 1987. For all others, a  fee of Rs 30 is charged.

• This service is being implemented in 28,060 CSCs across 115 aspirational districts in 28 states in the country.

• To enable easier access of the services to the unreached, Para-legal Volunteers (PLVs) have been provided access to mobile application to facilitate registration of the cases through Tele-Law mobile application.

• A Tele-Law dashboard has also been developed that provides the stakeholders to analyse CSC-wise and village-wise case pre-registered, cases registered and advice enabled by the panel lawyers.

• A dedicated Tele-Law portal has been developed and it is available in 22 scheduled languages that include English, Hindi, Bengali, Urdu and Assamese, etc.

• Till October, over four lakh beneficiaries have been provided with legal advice. 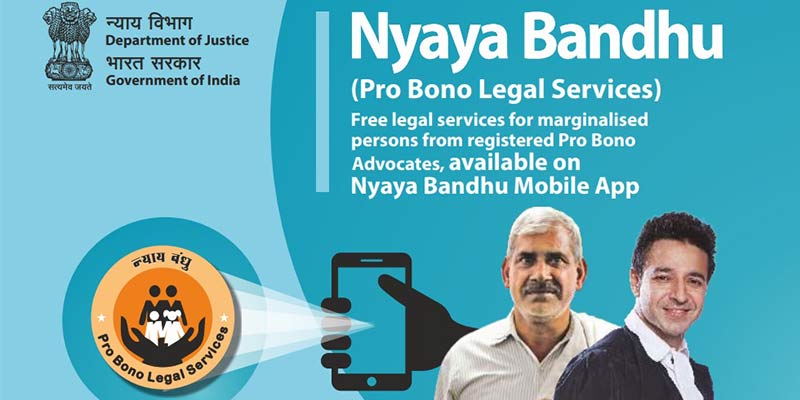 • The programme aims to provide free legal assistance and counsel to the persons eligible under Section 12 of Legal Service Authorities Act, 1987.

• The term pro bono, short for “pro bono publico”, is a Latin term which means “for the public good”. In practice, the term is used specifically in the context of the legal profession — referring to the practice of giving voluntary legal advice to individuals and organisations that are unable to afford legal advice and / or cannot access legal aid.

• This service is provided by advocates who are registered with the department of justice to volunteer their time and services to represent the cases of registered applicants/litigants. To ensure seamless connectivity between the registered litigant and registered Pro Bono advocate, a Nyaya Bandhu mobile application has been developed.

• The issues of delays and pendency have been the bone of contention for the Indian judiciary for a long time.

• According to the law ministry, more than 4 crore cases are pending in various courts, including the Supreme Court. Over 13 per cent of these cases are 5 to 10 years old and nearly 7 per cent are more than 10 years old.

• Nyaya Mitra programme aims at assisting the district judiciary in reduction of pendency of ten year old cases and increasing access to justice for marginalised people. It was launched in 2017 in 227 selected districts of 16 states. Selection of district courts for Nyaya Mitra was done based on the highest pendency of court cases over 10 years of period sourced from National Judicial Data Grid (NJDG) database.

• The Nyaya Mitra is a retired judicial officer/ executive officer having a legal degree/background, located at High Courts/district courts.

• They also provide assistance during the Lok Adalat in settling pending cases.

The development of legal aid movement in India
COPY LINK