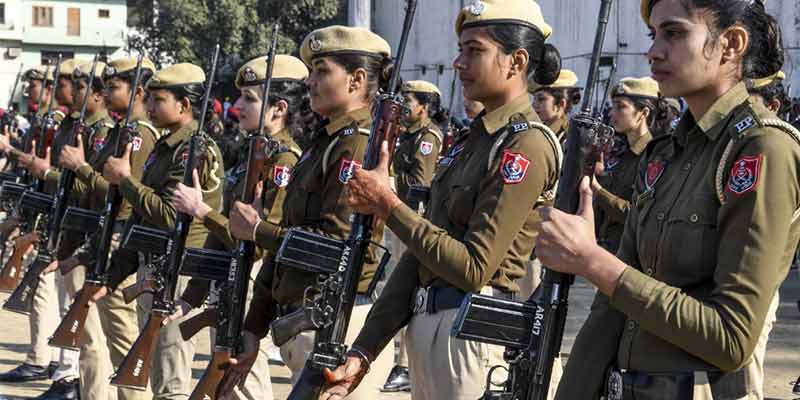 • Over 5.31 lakh posts in police forces of different states and 1.27 lakh posts in Central Armed Police Forces like CRPF and BSF have been lying vacant, the Bureau of Police Research & Development (BPR&D) said in its Data on Police Organizations.

• Releasing different aspects of policing in the country as on January 1, 2020, the BPR&D also said over one lakh police personnel were recruited in 2019 in various police forces across India.

What is the purpose of BPR&D?

• The Bureau of Police Research and Development (BPR&D) was raised on August 28, 1970, through a resolution of the ministry of home affairs with a mandate to promote excellence in policing, promote speedy and systematic study of police problems, apply science and technology in the method and techniques by the police.

• It has the mandate to identify the needs and problems of law enforcement in the country and to promote advanced research in areas of professional interest along with various institutions, ministries, universities, research institutes, state and other agencies. It undertakes appropriate research projects and studies to suggest policy options to address emerging challenges. 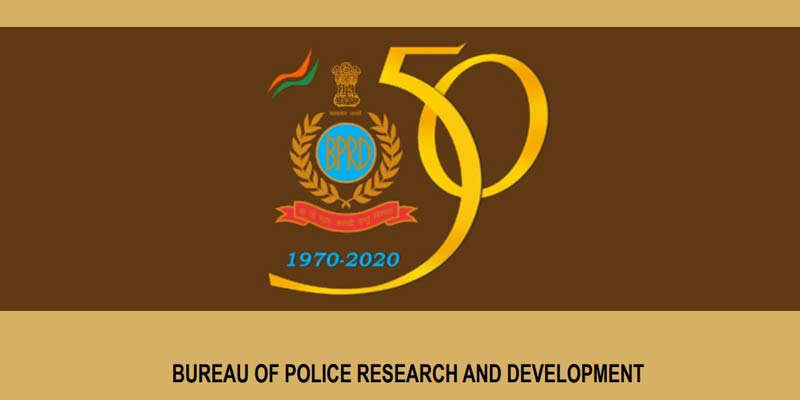 4) National Police Mission: Pools in the experience and expertise of field officers to evolve viable solutions in mission mode.

What are the highlights of the report?

• The BPR&D has been publishing the ‘Data on Police Organizations’ in India, annually since 1986. From time to time, some of the important features like woman police, police expenditure, constabulary ratio, transport facilities, communication facilities, representation of SC/ST and police training centers were added.

• The total sanctioned police forces in states and Union Territories are  26,23,225, while there are 20,91,488 police personnel actually in service. As many as 5,31,737 posts in police forces are lying vacant as on January 1, 2020. The figures include civil police, district armed police, special armed police and India Reserve Battalions.

• Out of 26.23 lakh of sanctioned police forces in the country, 16.70 lakh are Civil Police and 2.82 lakh are District Armed Reserve Police.

• The total sanctioned strength is the highest in Uttar Pradesh (4.15 lakh), followed by Maharashtra (2.43 lakh).

• Police per lakh of Population Ratio (PPR) against the total sanctioned police strength in the country is 195.39 as compared to 198.65 in the previous year. The highest ratio is 1,253.27 in Andaman & Nicobar Islands.

• The sanctioned strength of IPS officers as on January 1, 2020 was 4,982 at the all-India level, whereas 4,074 officers are actually available.

• There are 71,934 police personnel actually deployed on traffic duties against the sanctioned strength of 99,417. The highest number is 9,623 in Maharashtra. 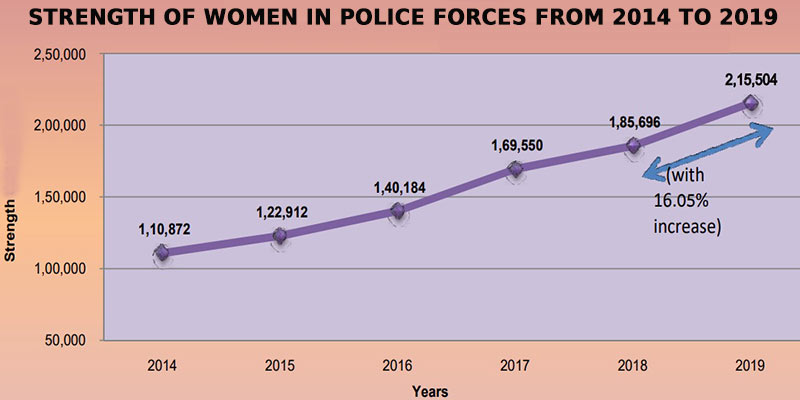 • The total strength of women in police from 2014 to 2019 has shown an increasing trend. At present, the actual strength of total women police is 2,15,504, which is 10.30 per cent of the total police force in India. The number of women in police forces has increased by 16 per cent compared to 2018. At state/UT level, Uttar Pradesh tops with 29,112 women police personnel.

• There are 63 Police Commissionerates functioning in the country, out of which, the highest number are in Maharashtra (11), followed by Telangana (9).