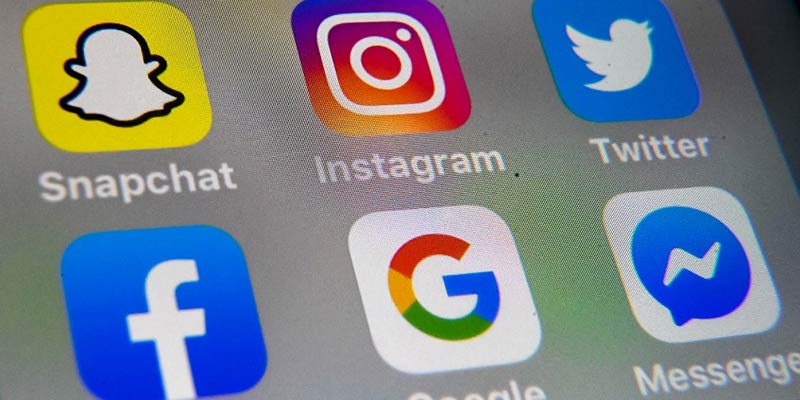 The government announced regulations for social media firms like Facebook and Twitter as well as over-the-top (OTT) players such as Netflix, requiring them to remove any content flagged by authorities within 36 hours and setting up a complaint redressal mechanism with an officer being based in the country.

The rules about digital media and OTT focus more on in-house and self-regulation mechanisms whereby a robust grievance redressal mechanism has been provided while upholding journalistic and creative freedom.

This is the first time such rules have been framed for digital and online media operating within the country's jurisdiction.

The advent of social media is transforming the way in which people connect with each other and the manner in which information is shared and distributed. It is different from traditional media such as print, radio and television in two significant ways – first, the amount of content that can be generated by the users themselves far exceeds the content generated by news/opinion makers and second, its “viral” ability for potential exponential spread of information by word of mouth and interlinking of the various social media platforms, thereby considerably reducing the control over spread of any such information.

These characteristics denote the paradigm shift from Web 1.0 technologies that enabled simple information sharing and basic two-way transactions to Web 2.0 – where literally everyone is/can be a user as well as generator of content.

Social media redefined the way people communicate with one another.

India is a large market for digital and social media companies and is witnessing strong growth on the back of booming smartphone sales and availability of cheap data.

The extensive spread of mobile phones and Internet has enabled many social media platforms to expand their footprints in India. 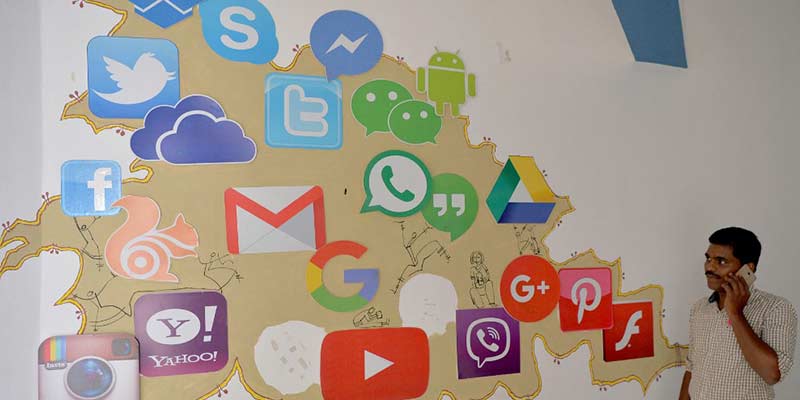 The government quoted numbers from some portals to show the user base of major social media platforms in India.

In the global scenario of cyberspace prominence, social media has emerged as an increasingly preferred media by the decision makers and general public at large to communicate, interact and engage with each other.

These social platforms have enabled common Indians to showcase their creativity, ask questions, be informed and freely share their views, including criticism of the government and its functionaries.

Why does the government bring in new regulatory measures?

IT Minister Ravi Shankar Prasad said concerns have been raised over rampant abuse of social media platforms and spread of fake news.

The government acknowledges and respects the right of every Indian to criticize and disagree as an essential element of democracy. Government welcomes social media companies to operate in India, do business and also earn profits. However, they will have to be accountable to the Constitution and laws of India.

Proliferation of social media, on one hand empowers the citizens, then on the other hand gives rise to some serious concerns and consequences which have grown manifold in recent years.

These concerns have been raised from time to time in various forums including in the Parliament and its committees, judicial orders and in civil society deliberations in different parts of the country.

Over the years, increasing instances of misuse of social media by criminals, anti-national elements have brought new challenges for law enforcement agencies. These include inducement for recruitment of terrorists, circulation of obscene content, spread of disharmony, financial frauds, incitement to violence, public order, etc.

Currently, there is no robust complaint mechanism wherein the ordinary users of social media and OTT platforms can register their complaints and get it redressed within a defined timeline.

Social media intermediaries are no longer limited to playing the role of pure intermediary and often they become publishers.

Lack of transparency and absence of robust grievance redressal mechanisms have left the users totally dependent on the whims and fancies of social media platforms. Often it has been seen that a user who has spent his time, energy and money in developing a social media profile is left with no remedies in case that profile is restricted or removed by the platform without giving any opportunity to be heard.

The ad-hoc committee of Rajya Sabha submitted its report on February 3, 2020 after studying the alarming issue of pornography on social media and recommended enabling identification of first originator of such content.

The government says these rules are a fine blend of liberal touch with gentle self-regulatory framework. It works on the existing laws and statutes of the country which are applicable to content whether online or offline.

The ministry of electronics and information technology (MeitY) prepared draft rules and invited public comments on December 24,2018. It received  comments from individuals, civil society, industry associations and organisations. These comments were analysed in detail and an inter-ministerial meeting was also held and accordingly, these rules have been finalised. 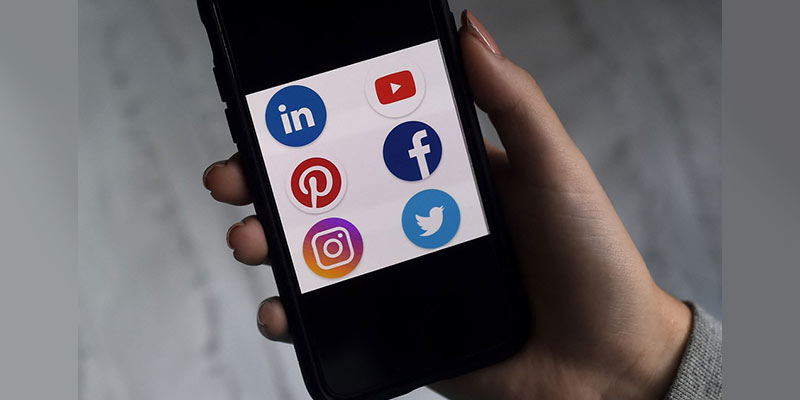 What are the highlights of new rules and regulations?

• Due diligence to be followed by intermediaries:

Grievance officers shall acknowledge the complaint within 24 hours and resolve it within 15 days from its receipt.

Intermediaries shall remove or disable access within 24 hours of receipt of complaints of contents that expose the private areas of individuals, show individuals in full or partial nudity or in sexual acts or is in the nature of impersonation — including morphed images, etc. Such a complaint can be filed either by the individual or by any other person on his/her behalf.

Additional due diligence to be followed by significant social media intermediary:

• Appoint a chief compliance officer who shall be responsible for ensuring compliance with the Act and Rules. Such a person should be a resident in India.

• Appoint a nodal contact person for 24x7 coordination with law enforcement agencies. Such a person shall be a resident in India.

• Appoint a resident grievance officer who shall perform the functions mentioned under grievance redressal mechanism. Such a person shall be a resident in India.

• Publish a monthly compliance report mentioning the details of complaints received and action taken on the complaints as well as details of contents removed proactively by the significant social media intermediary.

• Significant social media intermediaries providing services primarily in the nature of messaging shall enable identification of the first originator of the information that is required only for the purposes of prevention, detection, investigation, prosecution or punishment of an offence related to sovereignty and integrity of India, the security of the State, friendly relations with foreign States, or public order or of incitement to an offence relating to the above or in relation with rape, sexually explicit material or child sexual abuse material punishable with imprisonment for a term of not less than five years. Intermediary shall not be required to disclose the contents of any message or any other information to the first originator.

• Significant social media intermediary shall have a physical contact address in India published on its website or mobile app or both.

• In cases where significant social media intermediaries remove or disable access to any information on their own accord, then a prior intimation for the same shall be communicated to the user who has shared that information with a notice explaining the grounds and reasons for such action. Users must be provided an adequate and reasonable opportunity to dispute the action taken by the intermediary.

• An intermediary upon receiving actual knowledge in the form of an order by a court or being notified by the appropriate government or its agencies through authorised officer should not host or publish any information which is prohibited under any law in relation to the interest of the sovereignty and integrity of India, public order, friendly relations with foreign countries, etc. 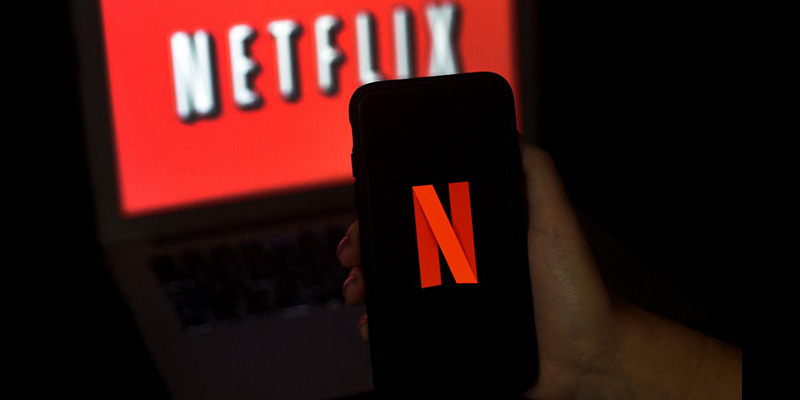 The government has received many complaints regarding certain content on digital media and OTT platforms. There were many cases and the courts also urged the government to take suitable measures.

Issues relating to digital media and OTT and other creative programmes on the Internet shall be administered by the ministry of information and broadcasting (I&B), but the overall architecture shall be under the Information Technology Act, which governs digital platforms.

The I&B ministry held consultations and OTT players have been urged to develop a “self-regulatory mechanism”. The government also studied the models in other countries including Singapore, Australia, the UK and the EU and has gathered that most of them either have an institutional mechanism to regulate digital content or are in the process of setting-up one.

The rules establish a self-regulatory architecture and a code of ethics and three-tier grievance redressal mechanism for news publishers, OTT platforms and digital media.

Notified under Section 87 of Information Technology Act, it empowers the I&B ministry to implement Part-III of the rules which prescribe the following:

It prescribes guidelines to be followed by OTT platforms, online news and digital media entities.

Self-classification of content: The OTT platforms, called as the publishers of online curated content in the rules, would self-classify the content into five age based categories:

The publisher of online curated content shall prominently display the classification rating specific to each content or programme together with a content descriptor informing the user about the nature of the content, and advising on viewer discretion (if applicable) at the beginning of every programme enabling the user to make an informed decision, prior to watching the programme.

Publishers of news on digital media would be required to observe Norms of Journalistic Conduct of the Press Council of India and the Programme Code under the Cable Television Networks Regulation Act, providing a level-playing field between the offline (print, TV) and digital media.

A three-level grievance redressal mechanism has been established under the rules with different levels of self-regulation.

Level-1: Self-regulation by the publishers

Level-2: Self-regulation by the self-regulating bodies of the publishers

There may be one or more self-regulatory bodies of publishers. Such a body shall be headed by a retired judge of the Supreme Court, a High Court or independent eminent person and have not more than six members.

The I&B ministry shall formulate an oversight mechanism. It shall publish a charter for self-regulating bodies, including codes of practices. It shall establish an inter-departmental committee for hearing grievances.