Inland Waterways may chart new paths for growth in India 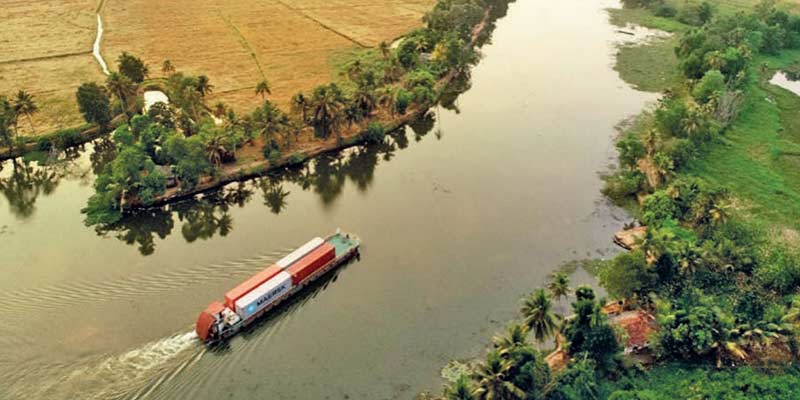 The Maritime India Vision-2030, a 10-year blueprint with the aim of overhauling the Indian maritime sector, envisages Rs 3 lakh crore investment in port projects, shipping, and inland waterways categories that in turn promises to generate employment for 20 lakh persons.

India has a long and contiguous coastline spanning 7,500 km and extensive navigable inland waterways providing an excellent opportunity to tap an environment-friendly water based modal transport, which can complement rail and road-based cargo movement.

However, industrial development has not fully utilised the structural advantages of efficient supply chains leveraging proximity to coast.

Currently, coastal and inland waterways contribute 6 per cent of the country’s freight modal mix, while adjacent developing economies, such as Bangladesh (16 per cent) and Thailand (12 per cent) have a higher share of water-based transport, highlighting the scope for improvement for India. 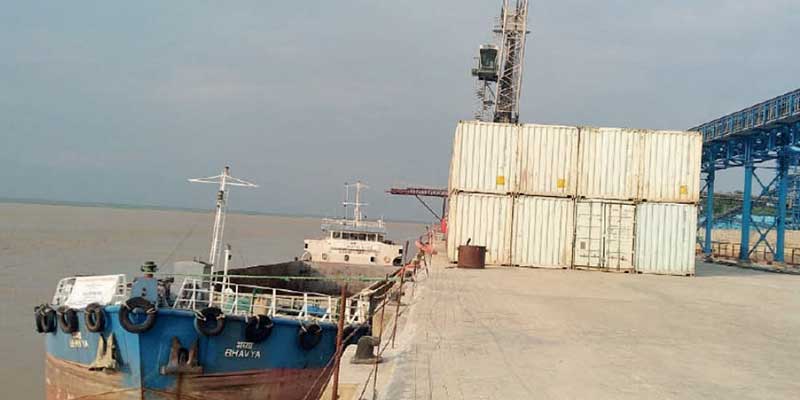 India’s modal share of freight moved on inland waterways has significant potential to improve compared to other best in class benchmarks. It is imperative to increase the share of the country’s inland waterways as they are highly economical and an eco-friendly mode of transport.

The country has increased the modal share of cargo from 0.5 per cent to 2 per cent and has witnessed 19 per cent year-on-year growth in cargo volumes over the last five years. India has over 5,000 km of navigable inland waterways under development.

To harness the potential of IWT, Inland Waterways Authority of India (IWAI) was established in 1986, and since has been working towards development and regulation of inland waterways.

Out of the 111 NWs declared under the Act, many are operational for shipping and navigation and cargo/passenger vessels are plying on those routes.

National Waterway-1 (Ganga-Bhagirathi-Hooghly river system from Allahabad to Haldia), National Waterway–2 (River Brahmaputra from Dhubri to Sadiya), National Waterway-3 (West Coast Canal from Kottapuram to Kollam along with Udyogmandal and Champakara Canals) have already been developed with fairway, navigational aids, jetties and terminals with mechanised equipment handling facilities for loading and unloading of cargo. In addition to notification of NWs, the government has also undertaken initiatives for speeding infrastructure development too.

• Arth Ganga and Arth Brahmaputra for holistic and sustainable development leveraging NW-1 and NW-2 for freight and passenger movement.

As a result, the total cargo volume transported through inland waterways in India reached 73.6 million tons per annum (MTPA)  in 2019-20 and has grown at a CAGR of 19 per cent over the last five years.

Key impediments in development of this sector include – limited infrastructure availability, shortage of inland vessels and non-availability of return cargo. Further governance issues due to overlapping jurisdictions also slow down the sector progress.

Once seamlessly integrated with other means of transport, specifically merging with the coastal, IWT can provide significant relief to congestion on the road and rail infrastructure.

It can act not only as a supplementing means of transportation, but has significant potential in river and canal tourism which is yet to be tapped to its potential.

In order to address the above issues and accelerate cargo and passenger movement through IWs, four focus areas have been identified.

1) Enhancement and development of infrastructure at 23 priority NWs

A phase-wise plan to enhance terminal and allied infrastructure across 10 functional NWs by 2025 has been formulated. In addition to these, 6 NWs that are functional under the jurisdiction of state maritime boards have also been shortlisted for infrastructure enhancement.

Seven new NWs having potential to unlock 13-15 MTPA cargo capacity have also been identified for development on priority basis. The initial development works are expected to be completed by 2024.

Among the NWs under development, NW-1 and NW-2 hold immense significance as they connect the neighboring countries with India’s hinterland. These waterways could be leveraged for EXIM with countries such as Bangladesh, Bhutan, Myanmar and Nepal.

Bangladesh: Currently movement between India & Bangladesh takes place under Indo-Bangladesh Protocol on Inland Water on Transit and Trade agreement which connects NW-1, NW-2, NW-16 and NW-97. Under this Protocol, inland vessels of both the countries can ply on the designated protocol route and dock at Ports of Call in each country, notified for loading/ unloading of cargo. There has been significant improvement in the movement of cargo vessels in an organised manner on the protocol route carrying both the transit cargo to northeast region of India and vice-versa and export-cargo to Bangladesh.

Nepal: The development of NW-1 from Varanasi to Haldia/Sagar under the Jal Marg Vikas Project (JMVP) has also opened up opportunities for transportation of Nepalese cargo to/from third countries via Kolkata Port using NW-1. Considering the availability and significance of IWT mode for hinterland transportation, India and Nepal have agreed to include Inland Waterways mode in the Treaty of Trade and Transit between the two countries.

Myanmar: The Kaladan Multimodal Transit Transport Project has been conceptualised by the ministry of external affairs (MEA) to provide an alternative connectivity to the northeast region of India with the Kolkata port and rest part of the country. The project envisages connectivity between Haldia/Kolkata in West Bengal through sea route up to Sittwe (539 km) in Myanmar. Thereafter through Inland Water Transport up to Paletwa (158 km) and by road from Paletwa to Indo–Myanmar Border to Mizoram (110 km). The development works under the protocol are already underway and phase-1 of the same has been operationalised.

Bhutan: The Inland Waterways connectivity through the Indo-Bangladesh Protocol (IBP) route holds significance for Bhutan. As per the agreement on trade, commerce and transit between India and Bhutan, Dhubri on NW-2 is declared as an agreed exit/ entry point in India for EXIM cargo movement of Bhutan. 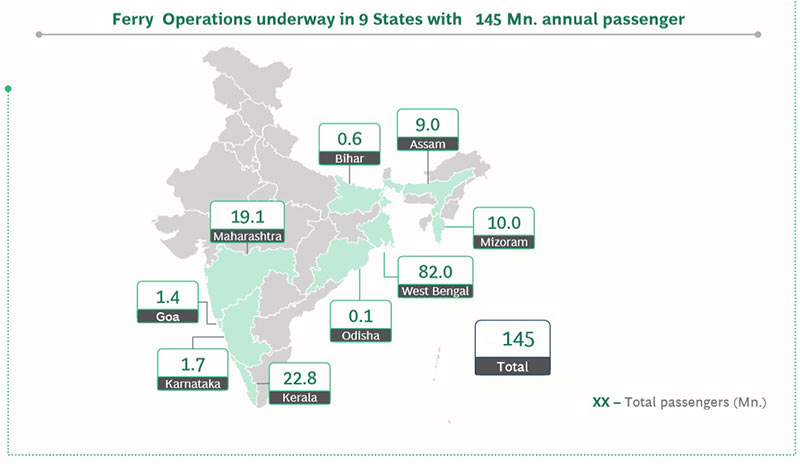 3) Development of terminal infrastructure for Ro-Ro and ferry services

The ability to move people and cargo seamlessly and cost effectively from originating point to destination is a key driver for growth and jobs. IWs could play a significant role in lowering the cost of transportation, making India’s logistics more competitive. At present, 145 million passengers are ferried across nine states annually. Of this, West Bengal accounts for the highest share, followed by Kerala and Maharashtra.

One of the key success factors in uptake of ferry services is system integration with other modes of transport and ensuring first and last mile connectivity. Globally, several countries like Australia, Norway, Hong Kong have undertaken measures to integrate their ferry systems with other modes of transport. Similar initiatives for instance have also been undertaken in Kochi to link the ferry services to Kochi Metro through usage of a single Smart Card. 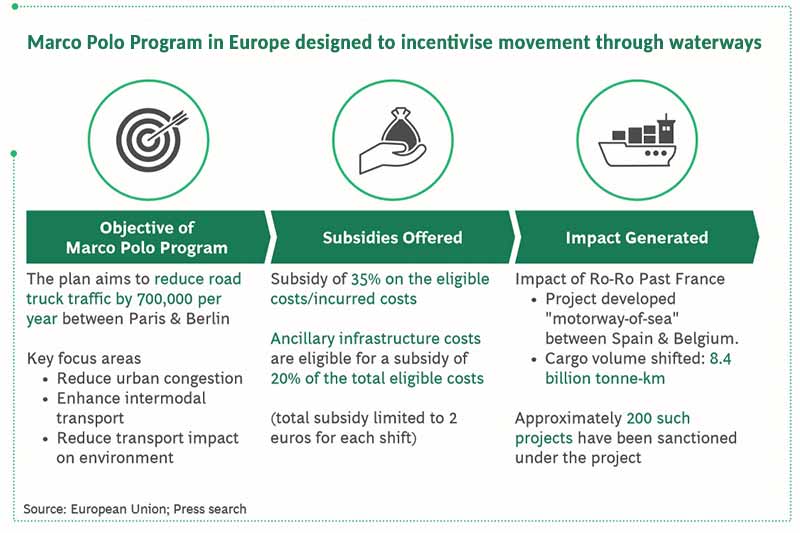 4) Policy interventions to incentivise development of the IWT sector

In order to encourage the uptake of IWT, the government needs to offer fiscal benefits to the operators as well as users. Reduction in taxes, removal of tax anomalies and bringing flexibility in operations could act as an incentive to shift traffic from road/rail to IWT. Similar measures have been undertaken in Europe to encourage use of IWs. India has prioritised development of 23 NWs in the next 10 years, which are expected to increase the goods traffic.

As part of MV 2030, globally benchmarked targets have been defined to enhance inland waterway traffic and improve the sector performance

The specific initiatives and the prescribed phase wise roadmap in this chapter will further assist the achievement of the set Key Performance Indicators (KPIs) within the defined timelines. With the suggested measures, the share of IWT can increase from 2 per cent at present to 5 per cent by 2030.