With 7 medals, India records its best-ever haul at Tokyo Olympics

The 32nd Olympic Games concluded in Tokyo on August 8.

The theme of the closing ceremony was the ‘Worlds We Share’, which expresses the idea that each of us inhabits their own world.

As per protocol, the Olympic flag was lowered and handed over by the governor of Tokyo, Koike Yuriko, to IOC president Thomas Bach, who passed it to Anne Hidalgo, the mayor of Paris, the host city of the next Olympics in 2024.

The ceremony ended with the ceremonial extinguishing of the Olympic flame.

The USA topped the medals tally with 113 podium finishes, including 39 golds, while China came second with 88 podiums that comprised 38 golds. Hosts Japan finished  third with a total of 58 medals, including 27 golds.

India claimed its best ever haul of seven medals at Tokyo, including first gold medal in 13 years, from javelin thrower Neeraj Chopra, who is also the country’s first track-and-field medallist at the Games.

A look at the stars of India’s best-ever Olympic performance. 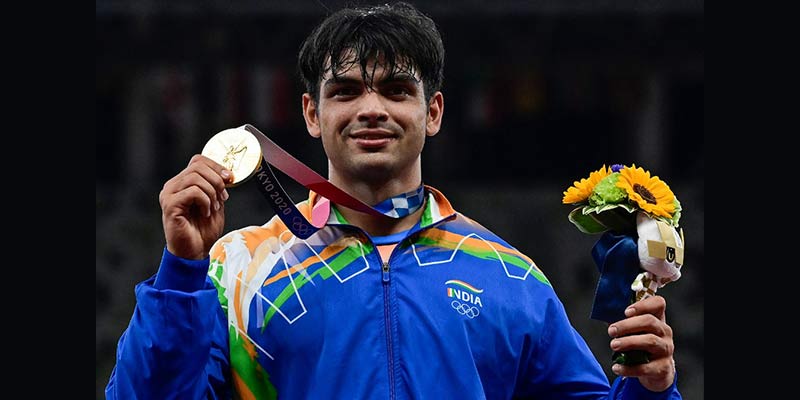 • Javelin thrower Neeraj Chopra became only the second Indian to win an individual gold in the Olympics.

• He is the first track-and-field Games medal-winner for the country in the Olympics.

• The 23-year-old son of a farmer from Khandra village near Panipat in Haryana produced a second round throw of 87.58m in the finals to stun the athletics world and end India’s 100-year wait for a track and field medal in the Olympics.

• Chopra, a Subedar with 4 Rajputana Rifles in the Indian Army, has been a consistent performer since bursting into the scene with a historic gold in the Junior World Championships in 2016 with an Under-20 world record of 86.48m which still stands.

• His other achievements include gold medals in the 2018 Commonwealth Games and the Asian Games, besides the top finish in the 2017 Asian Championships.

• Abhinv Bindra is the first Indian to win an individual Olympic gold medal. He bagged the top prize at the 2008 Beijing Games when he won the 10m air rifle shooting event. 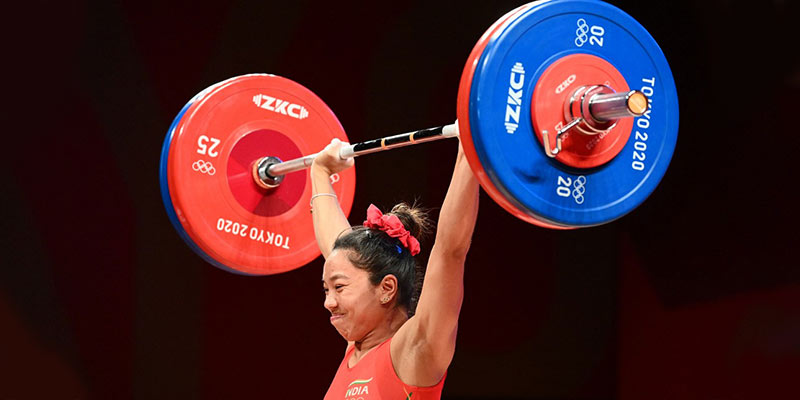 Other achievements of Mirabai Chanu:

• In 2017, she won gold at the World Weightlifting Championships held in Anaheim, United States.

• Chanu won a gold medal in the 2018 Commonwealth Games at Gold Coast. 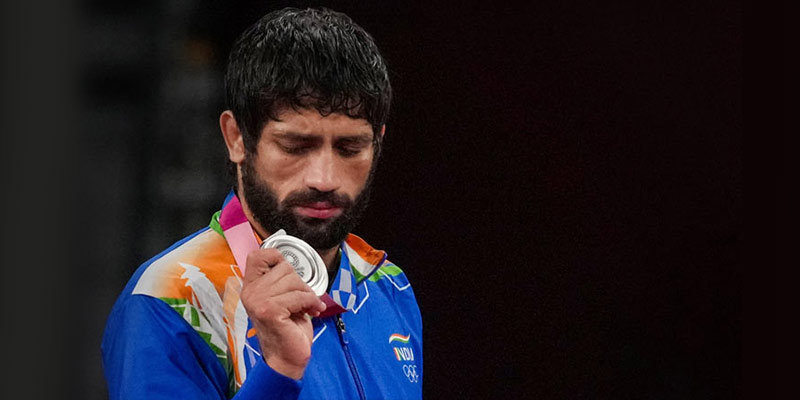 • He is a 23-year-old wrestler from Nahri village in Sonipat, Haryana.

• He had also won the gold medal at the Asian Wrestling Championships in 2021 and 2020. 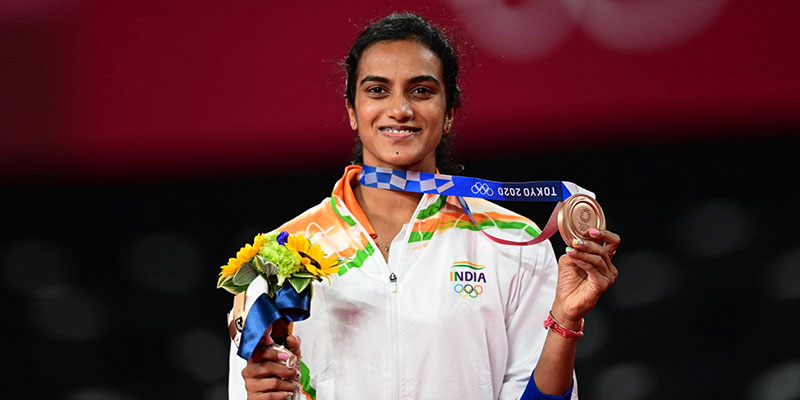 • The 26-year-old secured a bronze medal by beating world no.9 He Bing Jiao of China in the women’s singles third place play-off in Tokyo.

• The Hyderabad shuttler had won a silver medal at the 2016 Rio Games.

Other major achievements of Sindhu: 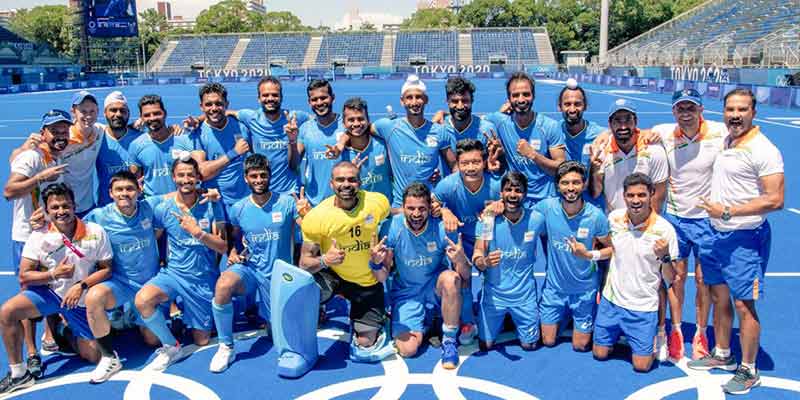 • Indian men’s hockey claimed an Olympic medal after 41 years, defeating Germany 5-4 to win the bronze in a play-off match.

• This was India’s first podium finish at the Olympics since the 1980 Moscow Olympics.

• While Manpreet Singh inspired the team with his leadership, goalkeeper P.R. Sreejesh had a phenomenal tournament, standing like a wall when the opposition mounted an attack.

• India is the most successful country in Olympics hockey with eight gold medals, all of which were won by the men’s team between 1928 and 1980.

• In all, the country now has 12 Olympic medals in hockey. 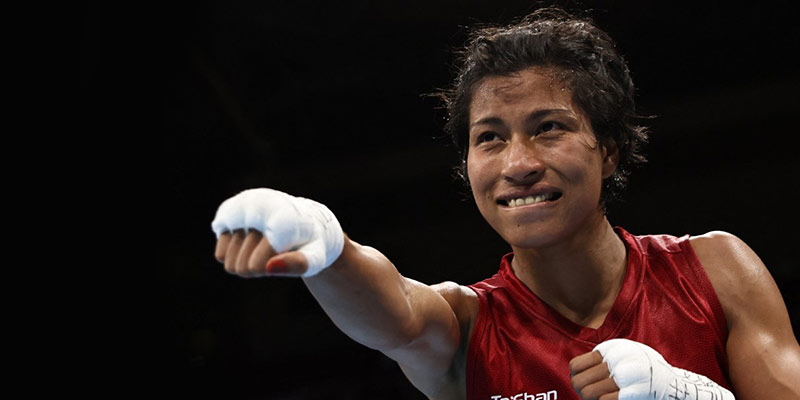 • Lovlina Borgohain bagged the women’s 69kg boxing bronze medal at the Tokyo Olympics after losing to reigning world champion Busenaz Surmeneli of Turkey in the semifinals.

• The 23-year-old from Assam’s Golaghat district became only the second Indian female boxer after M.C. Mary Kom (bronze at London 2012) to win an Olympic medal. Vijender Singh (bronze at Beijing 2008) is the only Indian men’s boxer with an Olympic medal. 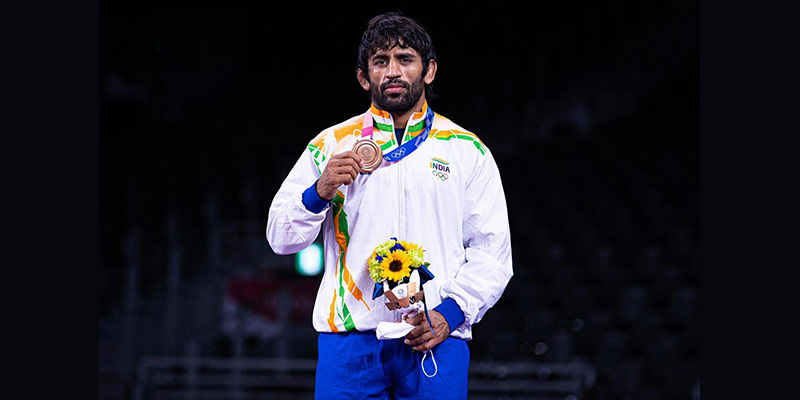 Other achievements of Bajrang Punia:

• The 27-year-old wrestler from Haryana is the first Indian wrestler to be ranked world No. 1 in any category.

• Punia Became a silver medallist at the World Championship in 2018.

• In 2018, he won gold at the Commonwealth Games and Asian Games.