Effects of India’s ban on wheat exports - an analysis 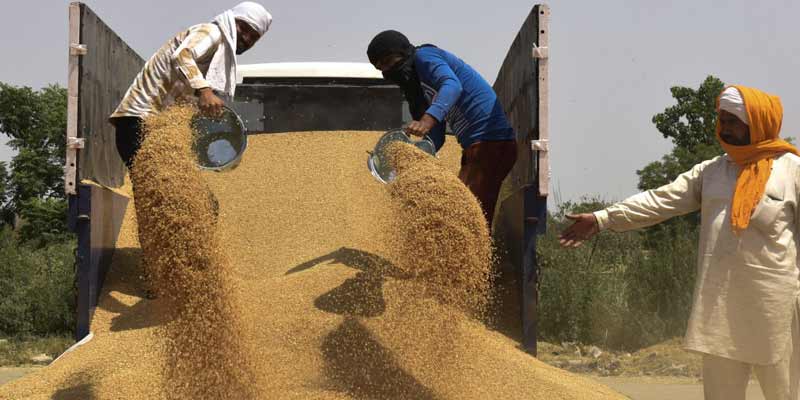 On May 13, 2022, the ministry of commerce & industry released a notification banning exports of all types of wheat from India with immediate effect. It came as a shock to many players in wheat market. Following this announcement, wheat futures on the Chicago Board of Trade (CBOT) rose 6 per cent and prices in domestic markets fell 2-5 per cent.

As many Indian exporters and traders had already booked export orders and transported wheat to ports, the ban inflicted a huge financial and logistical blow to many. Later, the government of India eased the restriction  a little by allowing exports of all shipments booked before the notification. This provided some relief to markets.

But why has the government imposed a ban on wheat exports?

India is not a traditional wheat exporter

Even though India is among the largest producers of wheat in the world, it was mostly used for domestic consumption. As per the United States Department of Agriculture (USDA), annual production of wheat was about 766.74 million metric tonnes (MMT) (triennium ending (TE) 2020-21). India’s share in it was about 13.1 per cent. The annual wheat exports in TE 2020-21 were on average about 197 MMT and India’s contribution was about 1 per cent.

India’s share in wheat exports has stayed at similar levels for the past few years. However, things changed in 2020-21. India exported about 7.3 MMT of wheat in 2021-22 increasing its share in global exports to 5.44 per cent. This level of exports is the highest India has achieved in the last 22 years, even higher than the 6.5 MMT in 2012-13.

Russia and Ukraine have been important players in the global wheat market. In global production, they contribute about 10.1 per cent and 3.8 per cent respectively (TE 2021-22) and in global exports, their shares are about 17.9 per cent and 9.6 per cent. Russia is the largest wheat exporter globally followed by the European Union, United States, Canada, Australia and Ukraine.

1) Russia-Ukraine war: As mentioned above, both countries are important wheat suppliers globally. With the Russian invasion of Ukraine, about 52-56 MMT of wheat supplies have shrunk from global markets.

2) India’s shrivelled wheat grains: As per the government’s Second Advance Estimates, India was expecting to produce a bumper wheat crop of 111.3 MMT in 2021-22. But intense heat in March 2022, a critical time for wheat crop, led to shrivelled grains. Farmers in wheat producing states of Punjab, Haryana, Uttar Pradesh, Rajasthan and Madhya Pradesh yielded crops in smaller size. As per the government’s Third Advance Estimates, wheat crop is now expected to be about 106.41 MMT, the first decline since 2014-15. The trade, however, pegs the crop at around 95 MMT.

3) Smaller crop in other countries: Due to higher temperatures, wheat crop in the EU and Argentina have suffered major losses. As per USDA, the US is predicted to have the smallest wheat crop since 2002-03. In Canada, delayed wheat sowing and drought-like situations are predicted to reduce yields.

Driven by the momentum from crops like wheat, Food and Agriculture Organisation’s (FAO) cereal price index breached its 2008 food crisis level in March 2022.

Domestically, wheat retail inflation has averaged about 7 per cent since January 2022. In April 2022, it was about 9.6 percent.

Reduced domestic crop, poor procurement (against target of 44 MMT, only about 18.2 MMT of wheat has been procured yet in this season) under the minimum support price (MSP) regime and rising domestic prices combined with expectations of higher future prices, perceptibly triggered the government to impose a ban on wheat exports.

Wheat is a staple crop for Indians. About 21 per cent of total calorie requirements of an average Indian person are provided by wheat consumption.

Persistent inflation in wheat was bound to trigger panic in policy circles. The government was already signalling its reservations via its changes in the wheat transportation regulations. From increasing advance payment required for booking railway rakes by 10 times (from Rs 50,000 to Rs 5 lakh) to withdrawing Traditional Empty Flow Direction (TEFD) benefit on wheat booked for port destinations to reducing availability of rakes, the Centre was already slowing down wheat movements for exports.

However, at the same time, the Union ministers and senior officials were indicating possibility of a huge export window for Indian wheat exports.

Amid these two-sided indications, a growing consensus about expectations of exports being open, albeit with some restrictions, was tacitly evolving. But, a complete ban came as a surprise.

How did domestic and global markets react?

Wholesale prices of wheat in all major wheat producing states have fallen since the ban was notified. However, the prices continue to be either equal (in Punjab) or higher than the MSP.

Globally, wheat futures prices have been rising quickly, particularly since the end of February 2022. After India’s wheat export ban was announced, wheat future prices rose by 6 per cent by May 16, 2022. They have since started to moderate, but continue to stay high. 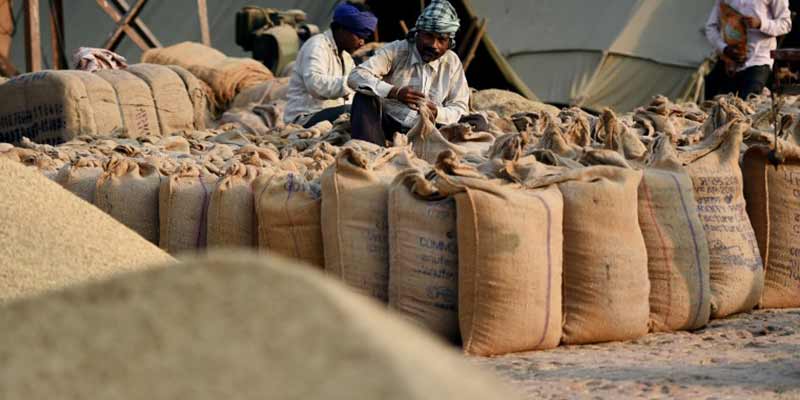 In the present globalised market, events in one country can trigger multiplier effects worldwide. Most countries depend on each other, some for even meeting basic needs of food security. Of course, India has not been an important global player in wheat, but helping each other in crisis is critical. The ministry has kept the government-to-government wheat export window open. This will help countries which are in real need.

Indian wheat prices, and even other food prices are likely to stay high in 2022. The recent reductions in fuel excise duties are likely to moderate some of the building price pressures in agricultural commodities.

Nonetheless, with an uncertain global situation, rising costs of inputs like fertilisers, global agri-supplies are likely to stay volatile.

Climate change is not a concept, but a real issue that we are facing. The government has to push the ‘Lab-to-Land’ approach now and deploy techniques and technologies that would help farmers adapt to the changing climate.

It should also create a real-time dynamic crop monitoring and early warning systems for policy makers. Unless the policy makers have access to timely, credible and accurate data on crops and markets, their actions would continue to remain ad-hoc.

(Shweta Saini is co-promoter and Pulkit Khatri a consultant-agricultural policies at Arcus Policy Research. The views expressed here are personal.)