Recognising sex work as work and breaking many barriers 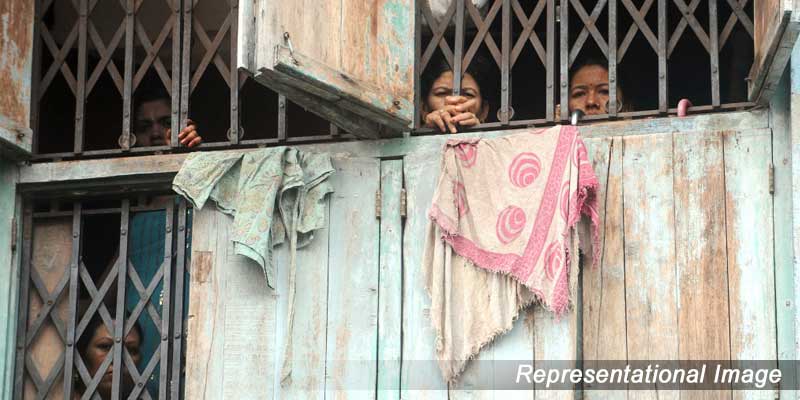 The Supreme Court has directed police forces in all states and Union Territories to treat sex workers with dignity and not to abuse them, verbally or physically.

The Supreme Court bench said the constitutional protection that is given to all individuals in this country shall be kept in mind by the authorities who have a duty under the Immoral Traffic (Prevention) Act, 1956.

Any sex worker who is a victim of sexual assault should be provided with all facilities available to a survivor of sexual assault, including immediate medical assistance, in accordance with law, it said.

Why isn’t sex work seen as any other kind of work? Perhaps it has to do with the taboo that is associated with sex itself, especially sex beyond the boundaries of the institution of marriage.

Sociologically speaking, it is very well understood that taboos almost inadvertently lead to negative social reactions against the ones who challenge or divert from them; a kind of disapproval which ultimately expresses itself in the form of structural limitations.

The profession of sex work is considered to be the oldest yet the most tabooed profession in the world. Despite being in existence in almost all societies, the stigma of being a person selling sex has more often than not led to subordination, discrimination and various forms of exploitation.

The ancient Indian scriptures have recognised polyamorous and non-monogamous women along with the two other categories of women — the revered Sati (devoted to one man, mainly the husband) and the ascetic women (the nuns) with sole devotion to Gods. We are also familiar with the concept of the Devdasis, who were, again, women with multiple lovers dedicated to the temple deities for the rest of their lives.

It is note-worthy to mention here that, these devdasis were mostly women from the dalit community. Usually, the poor dalit familes dedicated their daughters (once they reached puberty) to the divine gods to earn a livelihood and avoid paying off the dowry. It was a form of escape from systematic socio-economic oppression associated with their caste identity.

In the colonial era, brothels were established under the initiatives of the British military where teenagers from extremely poor and rural backgrounds were chosen and paid by the Britishers.

The point to be highlighted here is the fact that regardless of who established hubs of sex work or in what form, the ones who were the workers have been put in a position in isolation from the rest of the society.

At present, it is estimated that there are approximately 3 million sex workers in India, an overwhelming majority in the age group of 15-35.

But what does it mean to relegate these 3 million people to a category of the ‘anti-social’ is the main question.

Interestingly enough, prostitution is not really illegal in India per se. According to the Indian Penal Code (IPC), several activities under prostitution are punishable by law such as pimping, renting out property for running brothels, etc.

In 1986, Immoral Traffic (Prevention) Act emphasized that sex workers can practice their profession but any person who makes an earning from prostitution is to be punished. This involves procuring, abducting or inducing a person for prostitution; a move significant enough to ensure trafficking for sex trade was under check.

Further, the Act states that to lawfully participate in prostitution, sex workers have to maintain at least a distance of around 200 metres from any public place, preferably in an isolated area with no public institutions in sight.

In other words, sex work is to be done in secrecy, away from the gaze of the larger, “normal” society.

There are around 15 countries in the world that have various degrees of regulations related to sex work, mostly legalising and ensuring safeguards to sex workers. Countries like New Zealand, Denmark, Germany and Greece have very progressive measures regarding sex work ensuring that the workers health and financial situation are taken care of.

Despite regulations and degrees of bans, it is imperative to identify that prostitution exits as a promising industry, especially in situations of poverty and social inequalities.

In India, sex work has existed for centuries and it is nowhere close to becoming extinct. The problem, however, is not in the work per se. It is in the way the work is perceived.

Major issues that sex workers in India face are:

• Basically associated with the fact that despite not being illegal, the secretive nature of its practice almost presents an illusion of it being a crime.

• The police, legal system and legal personnel also contribute to how sex workers are seen more as the perpetrators of crime rather than being at the receiving end of it. Possibilities of rape, violence and trauma that clients can cause to sex workers have been ignored.

• Since the nature of the work is seen as ‘immoral’ or ‘dirty’, any disease caused by poor sexual hygiene and menstrual hygiene — most significantly HIV-AIDS and cervical cancer —  do not receive proper medical attention.

• Due to lack of ration cards or failure of them being recognised as valid, sex workers fail to avail any subsidised resources earmarked for the lower socio-economic sections.

• Children born out of brothels are not easily accepted into schools. Many of them do not get valid identification proofs to claim entitled state support. The progressive ladder of mobility which seems to be so easily available for everyone in our democratic society on the basis of merit is far from reality for children of sex workers. Many continue working in the same profession as their mothers or become associated with work in manners that might be seen as crime.

Significance of the observations made by the Supreme Court

• The Supreme Court has adopted a very welcome move of recognising prostitution as a profession and emphasizing that sex workers, like any other professionals, are entitled to dignity and constitutional rights.

• Recognising sex work as work could open up doors of legal protection to sex workers against harrassment.

• Under the mandates of the order, the police have to take complaints of sex workers — sexual or of another nature — seriously.

• The callous nature in which the police generally approach the complaints of sex workers as simply ‘normal occupational outcomes’ would no longer be acceptable.

• With the latest orders of the Supreme Court, any sex worker who is a victim of sexual assault will be given all of the same services as a survivor of sexual assault, including immediate medical attention.

• Moreover, being acknowledged as a profession could also lead to a formidable challenge against the poor condition of health care facilities and the resultant vulnerabilities that sex workers endure.

To sum up, what the Supreme Court’s position would invariably do is challenge certain institutional barriers that prevent sex workers from accessing basic rights and equality. The order of the Supreme Court is only the first step towards removing some of the limitations that sex workers have long faced due to the nature of their job and the stigma associated with it.

In a country like India, which is severely marred by poverty, destitution, hunger and inequalities, survival often takes the top priority. The nature of work does not and should not count as a factor of constructing hierarchies amongst vocations.

India as a democratic nation constitutionally enshrines justice, equality and liberty to every section of the society.

Unfortunately, sex workers have been structurally kept outside the dimensions of ‘equal opportunities’ merely on the basis of social perceptions and taboos associated to their work. It is time that such grave disregard for human rights and dignity comes to an end.

(Dr. Bijayani Mishra is an assistant professor in the department of sociology, University of Delhi. The views expressed here are personal.)