The boom of gig and platform economy in India 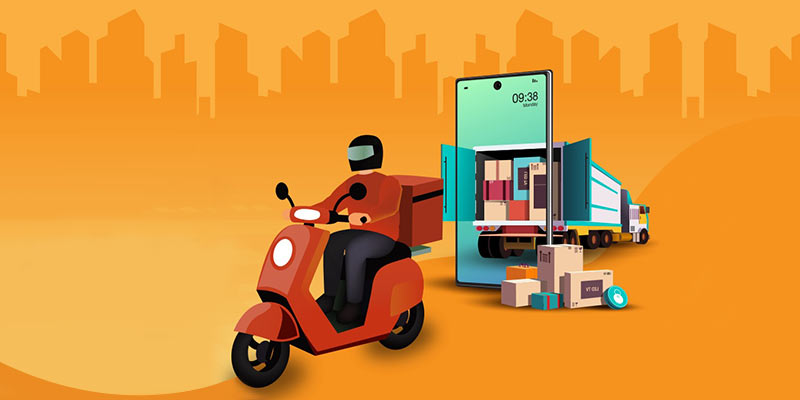 The report, titled ‘India's Booming Gig and Platform Economy’, recommended extending social security measures for such workers and their families in partnership mode as envisaged in Code on Social Security.

• The rapidly burgeoning gig workforce is ushering in a new economic revolution globally. India – with its demographic dividend of half-a-billion labour force and the world’s youngest population, rapid urbanisation, widespread adoption of smartphones and associated technology – is the new frontier of this revolution.

• The gig economy has proven its resilience and potential even in the wake of the COVID-19 pandemic, by continuing to unlock jobs in the millions and keeping communities connected. Gig economy – transforming the way we move, work, and live – not just impacts how we do business but also affects our GDP. 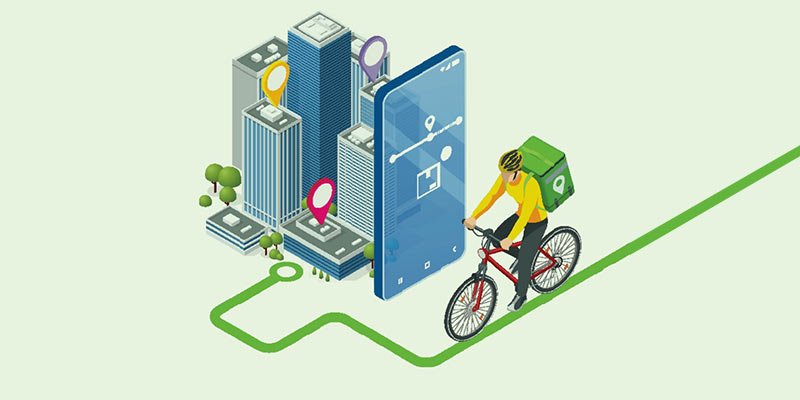 Who are gig workers?

• Gig workers can be broadly classified into platform and non-platform-based workers.

• Non-platform gig workers are generally casual wage workers and own-account workers in the conventional sectors, working part-time or full time. Platform workers are whose work is based on online software apps or digital platforms.

• Platform workers use websites or apps like Ola, Uber, Dunzo, Zomato, Swiggy or Urban Company  to connect with customers.

• Location-based platforms allow in-person work at specific locations, such as delivery or driving while web-based platforms enable workers to perform online tasks for clients around the world.

• In India, four industry sectors can be identified as the ones with the highest potential to produce “gigable” jobs in the future — construction, manufacturing, retail and transportation & logistics.

• The gig economy is fast-expanding and its presence can be noticed in other industries such as textile, banking and financial services, electricity, gas and water, real estate, IT and ITES, education and personal services.

• Gig workers seem to differ from conventional workers in terms of some individual characteristics.

• Income through gig work may not be their primary source of income and they are often holding another regular job. They value transparent, timely and assured payments while non-wage benefits are not attractive to such workers.

• Apart from these common characteristics there are specific characteristics. For instance, women prefer high-skill segments with flexible work hours, to fulfil both their work and household commitments. Students look at the gig economy as an additional source of income. Similarly, students looking for partial incomes with flexible schedules form a part of the gig workforce.

The growth in gig workforce

• In terms of industrial classification, about 2.7 million gig workers were involved in retail trade and sales, and about 1.3 million were in the transportation sector.

• Gig work is bound to expand due to the technological possibilities in numerous production spaces. At the same time, it also provides the opportunity for workers to transcend the limitations of work-time and work-space. Given this potential of gig work, the future would see a growing prominence of such work.

1) Access to internet services and digital technology can be a restrictive factor for workers willing to take up jobs in the gig and platform sector.

2) Lack of job security, irregularity of wages, and uncertain employment status for workers are significant challenges noted by studies in the gig and platform sector. The uncertainty associated with regularity in the available work and income may lead to increased stress and pressure for workers.

3) The contractual relationship between the platform owner and worker is characterised as other than one of employment. Platform workers are termed as “independent contractors”. As a result, platform workers cannot access many of the workplace protections and entitlements.

4) Workers engaged in remunerative activities with digital platforms may face stress due to pressures resulting from algorithmic management practices and performance evaluation on the basis of ratings.

5) ILO global surveys reveal that about 83 per cent of workers engaged in the app-based taxi sector and 89 per cent in the app-based delivery sector reported having safety concerns about their work, often relating to road safety, theft and physical assault.

i) Ensure universal coverage of platform workers through the Code on Social Security.

ii)  Bridge skill gaps by carrying out periodic assessments and partnering with platform businesses for onboarding skilled women and PwDs.

iii) Reach out to unbanked and underbanked women and PwDs through FinTech services.

v) Incentivise inclusive businesses – women led-platforms or platforms that encourage recruitment of women employees and those with disabilities.

The government of India enacted the Code on Social Security (CoSS), 2020, granting legitimacy to the new form of work and paving the way for comprehensive reforms. CoSS 2020 defines a gig worker as “a person who performs work or participates in a work arrangement and earns from such activities outside of traditional employer-employee relationship”.

The e-SHRAM portal, a mega platform for registration of all workers that do not form a part of the formal enterprises with linkage to Employee Provident Fund Organisation (EPFO) and Employee State Insurance Corporation (ESIC), can also be a source of providing data on gig and platform workers.

The e-SHRAM portal provides portability and access to various social security and welfare schemes of the central and state governments. This portal can provide data and information about gig and platform workers such as their occupation, skill sets and access to social security. This can help in enabling them to access different social security schemes and also in formulating new schemes. 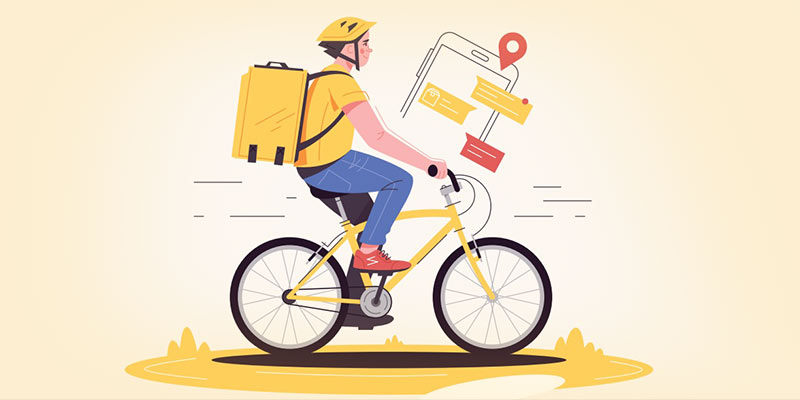 Some suggestions to support gig workers

Based on good practices identified in many countries, the following suggestions are made for framing policies and measures that can be implemented by different stakeholders.

ii) Occupational Disease and Work Accident Insurance: Indonesia is among the few countries globally that has adapted its regulatory frameworks and enforcement mechanisms to ensure social protection coverage for platform workers. Indonesia has introduced a digital mechanism to securitise digital platforms commonly used for motorcycle taxi rides in the country. When using the application, a small amount of the tariff is automatically deducted for accident insurance of both the driver and the passenger for the length of the trip. Ride-hailing, delivery and e-commerce and other platforms may adopt such a model for providing accident insurance to all delivery and driver partners across India. It may be explored to introduce such an insurance programme that provides social security support to workers in the case of health emergencies and accidents. These may be offered in collaboration with the private sector or government, as envisaged under the Code on Social Security, 2020.

iii) Retirement/Pension Plans and Other Contingency Benefits: In the UK, the Supreme Court ruling in February 2021 led to the reclassification of Uber’s driver-partners in the UK as “workers”. New benefits under this reclassification included a minimum wage, paid holiday time, a pension plan (paid into by both Uber and the worker), continuation of old age benefits introduced since 2018 such as free insurance in case of sickness or injury as well as parental payments and platform company’s support for drivers switching to an electric vehicle. On similar lines, gig and platform firms need to adopt policies that offer old age/retirement plans and benefits and other insurance cover for contingencies such as injury arising from work that may lead to loss of employment and income.

iv) Support to Workers in a Situation of Irregularity of Work: New York City offered help to gig workers in 2020, who were licensed with the Taxi & Limousine Commission, by getting them delivery work that came with a minimum wage guarantee. On similar lines, such an initiative may be incorporated by gig and platform firms to provide income support to workers. This will be a critical step in providing assured minimum earnings and social security from income loss in the wake of uncertainty or irregularity in work.

v) Supporting Small Businesses & Entrepreneurs Associated with Platforms: As a part of initiatives introduced to mitigate the challenges posed by the COVID-19 pandemic, Urban Company extended interest-free business advances and delayed payback periods to protect the gig workers, self-employed and small businesses engaged with them. Kerala State Civil Supplies Corporation in Kochi partnered with food delivery service Zomato to enlist grains and other essentials on the app. Following such examples, small businesses and entrepreneurs can be encouraged to have linkages with platforms to expand outreach for their products and services.

vi) Contingency Cover Out of a Corpus Fund: In order to support auto-rickshaw, cab and taxi drivers to mitigate the effects of the COVID-19 lockdown on their income, Ola created a corpus of Rs 20 crore, called the “Drive the Driver Fund”. Measures such as offering a social security cover out of a corpus fund can help support gig and platform workers and other self-employed individuals associated with the gig and platform sector in case of contingencies.

The boom of gig and platform economy in India
COPY LINK