SSLV to be a game-changer in Indian space sector 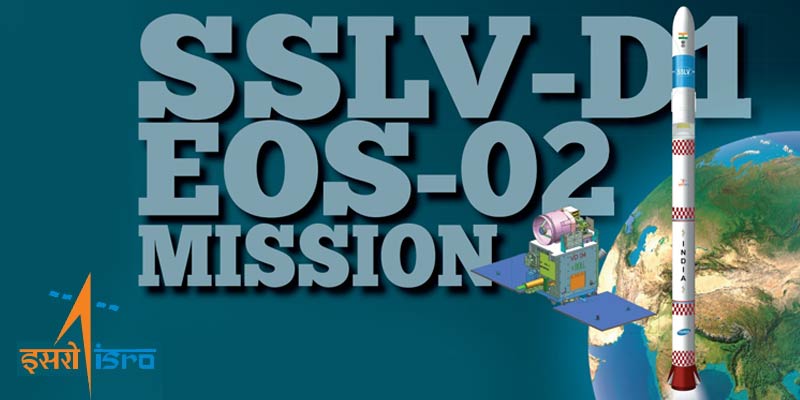 The Indian Space Research Organisation’s (ISRO) Small Satellite Launch Vehicle (SSLV), the maiden launch of which is scheduled for August 7, will be a boon to tier-2 industries in the country, said Dr S. Unnikrishnan Nair, director of the Vikram Sarabhai Space Centre.

In an exclusive interview for Manorama Yearbook Online, he said that the launch sets the stage for small and mid-size enterprises (SME) in the country to be stakeholders in manufacturing and operational processes, as the vehicles are designed to be industry-friendly.

The maiden flight of the much-awaited SSLV is scheduled for August 7, 2022, at 9:18 am from Satish Dhawan Space Centre, Sriharikota. In its first flight, the rocket will carry Earth Observation Satellite (EOS-02) and AzaadiSat, a satellite developed by over 700 rural students from across the country, coordinated by the space startup ‘SpaceKidz India’.

Conceived as an all-solid stage vehicle that can take around 500 kg satellite to Low Earth Orbits, the SSLV has been designed to attract the emerging small satellite market and provide launch-on-demand services to domestic and foreign customers. It extends the option of multiple satellite mounting for nano, micro, and small satellites. “We hope, after a couple of developmental flights, the technology can be transferred, thereby helping industries, even the ones with limited facilities, to use the vehicles for launches. That way, SSLV is going to be a different type of launch vehicle that is in tune with the current trend in other parts of the world,” said the distinguished scientist.

Other features of SSLV include low cost, low turn-around time and minimal launch infrastructure requirements. It will take merely 72 hours to integrate, unlike the 40 to 50 days taken now for typical large-launch vehicles.

The SSLV will be quite different from ISRO’s PSLV and GSLV (Geosynchronous Satellite Launch Vehicle) rockets; the PSLV is ISRO’s mainstream workhorse, capable of carrying up to 1,750 kg payloads to sun synchronous orbit (SSO), or lighter payloads up to 1,450 km above earth. The LVM3 is the heaviest rocket built by the agency that can carry up to 4 tonnes of payload up to geosynchronous transfer orbit (GTO) at 36,000km above earth.

The astronaut training for India’s first manned mission ‘Gaganyaan’ is progressing well, said Dr Unnikrishnan who was formerly the founding director of the Human Space Flight Centre, the agency responsible for the implementation of the Gaganyaan project.

Four test pilots from the Indian Air Force were shortlisted during 2019-20 with the help of the Institute of Aerospace Medicine for training, from around 60 candidates who volunteered. Subsequent to their training on basic space flight at the Yuri Gagarin Cosmonaut Training Centera at Zvyozdny Gorodok in Moscow, the pilots have returned to India and started “Gaganyaan-specific training” at ISRO’s ad-hoc Astronaut Training Facility set up in Bengaluru.

“They are now getting familiarised with the Gaganyaan systems and customised simulators. This phase of training is going in parallel with technology development,” he said. While the details of the selected pilots are yet to be released, they will form the first team of Indian crew to travel to space for about five days.

Prior to the manned mission, two identical unmanned flights will be undertaken, one of which will have the half-humanoid ‘Vyommitra’ as a payload. It is being developed by ISRO’s Inertial Systems Unit (ISU) in Thiruvananthapuram.

The first crew escape system in-flight abort demonstration test of the mission is expected to be conducted by the end of this year. It will be carried out with fast acting solid motors and a crew module to test the safety feature in case of an abort under any emergency.

Collaboration with private players can help improve India’s space participation greatly, remarked Dr Unnikrishnan, further adding that it is no longer possible for a state agency to reap the benefit alone.

“After the government announced reforms in the Indian space sector, more than 100 startups have come up, all led by enthusiastic youngsters working in different areas like launch vehicles or services like downstream activities. We hope that in a few years’ time, rockets are launched by such startups, and satellites are made by private entities. Many are already into the operations and we will see the results within a couple of years,” he said.