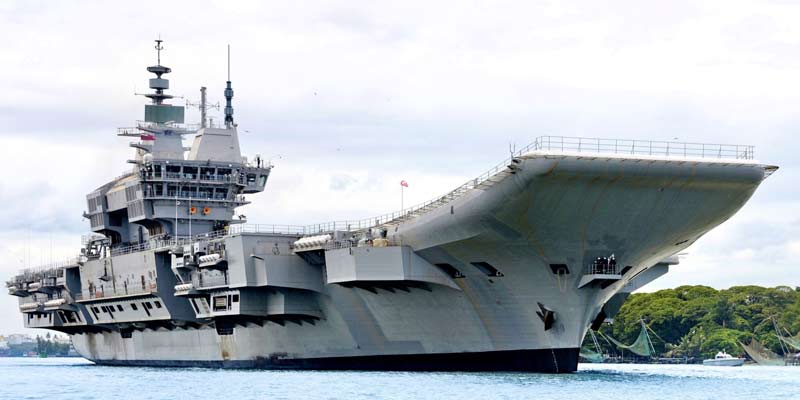 • Modi unveiled a plaque to mark the induction of INS Vikrant, named after its predecessor that played a crucial role in the 1971 Indo-Pak war, into the Navy.

• It is the largest ship ever built in maritime history of India and houses state-of-the-art automation features.

• With the commissioning of INS Vikrant, India has forayed into a select league of countries having the niche capability to indigenously design and build an aircraft carrier.

• Now, India has two operational aircraft carriers, which will bolster the maritime security of the nation. 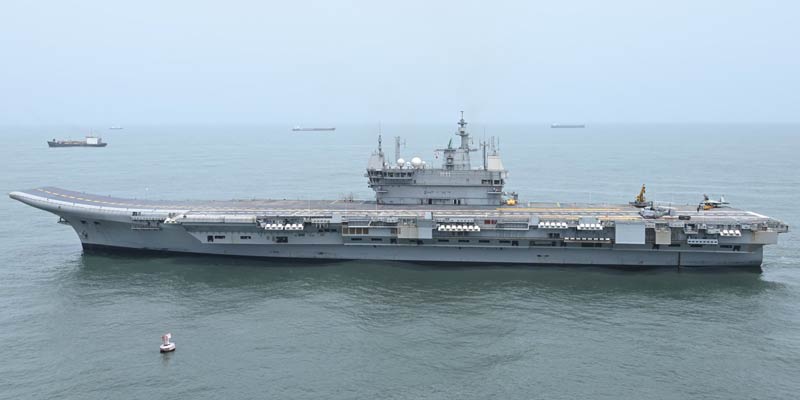 • An aircraft carrier is a warship designed to support and operate aircraft, engaged in attacks on targets afloat or ashore and to undertake sustained operations in support of other forces.

• An aircraft carrier is central to the operational requirements and fleet doctrine of the Indian Navy and is the only means of ensuring air defence of sea.

• India next acquired HMS Hermes, a Centaur class STOVL (Short Take-off and Vertical Landing) carrier  and a veteran of the Falkland War. INS Viraat was commissioned on May 12, 1987 as India’s second aircraft carrier and India’s first STOVL carrier operating the Sea Harrier aircraft.

• Soon after the acquisition of INS Viraat, INS Vikrant was also converted from a CATOBAR carrier to a STOVL carrier.

• INS Vikrant was decommissioned in January 1997.

• INS Viraat was decommissioned in 2017. 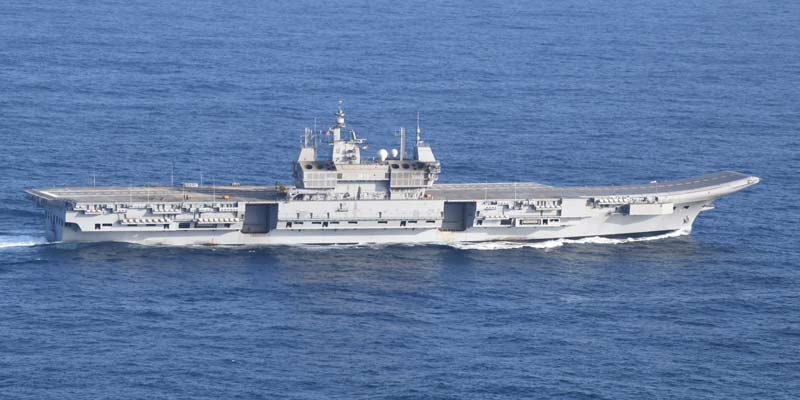 • Designed by Indian Navy’s inhouse Directorate of Naval Design (DND), the IAC project has been implemented under the three phases of contract between the ministry of defence and Cochin Shipyard Ltd.

• The foundation for IAC was established in April 2005 by ceremonial Steel Cutting.

• In order to push the indigenisation drive, the warship grade steel required for construction of IAC was successfully indigenised through Steel Authority of India Limited (SAIL) in collaboration with Defence Research & Development Laboratory (DRDL) and Indian Navy. The hull fabrication progressed thereafter and the ship's keel was laid in February 2009.

• The first phase of ship construction was completed with the successful launch of the ship in August 2013.

• With 76 per cent indigenous content, construction of INS Vikrant has resulted in direct employment generation for over 2,000 employees of CSL.

• Vikrant has a top speed of around 28 knots and cruising speed of 18 knots with an endurance of about 7,500 nautical miles.

• The ship can accommodate an assortment of fixed-wing and rotary aircraft.

• The ship has around 2,200 compartments, designed for a crew of around 1,600 that include specialised cabins to accommodate women officers and sailors.

• The carrier, designed with a very high degree of automation for machinery operations, ship navigation and survivability, is equipped with the latest state-of-the-art equipment and systems.

• The ship has been designed with a very high degree of automation for machinery operation, ship navigation and survivability.

• Using a novel aircraft operation mode known as Short Take-Off But Arrested Recovery (STOBAR), the IAC is equipped with a ski-jump for launching aircraft, and a set of three ‘arrester wires’ for their recovery onboard.

• It would offer an incomparable military instrument with its ability to project Air Power over long distances, including Air Interdiction, Anti-Surface Warfare, offensive and defensive Counter-Air, Airborne Anti-Submarine Warfare and Airborne Early Warning.