Impact of hate speech on freedom of expression 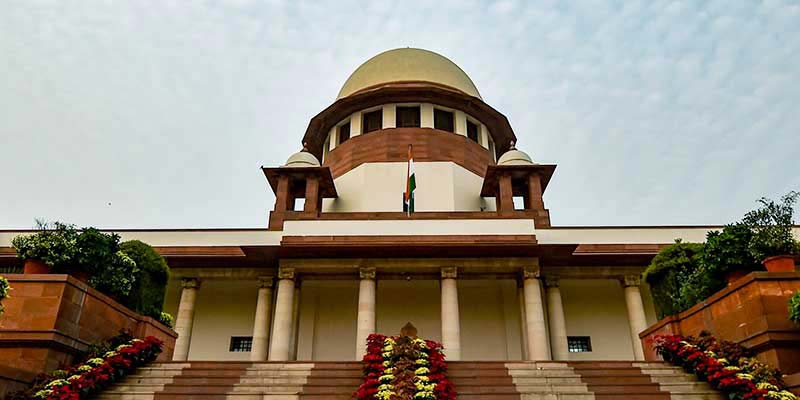 A Supreme Court bench observed that hate speech “completely poisons” the very fabric of the nation and denounced their broadcast by TV news channels. A bench of Justices K.M. Joseph and Hrishikesh Roy wanted to know whether the government intends to enact a law to curb it in consonance with a Law Commission recommendation. The top court said a hate speech can come in different forms and the concept of hate is that you can kill someone by ridiculing them on a continuous basis.

It was hearing a batch of petitions about hate speech and rumour-mongering.

• Mainstream TV channels still hold sway. The role of anchor is critical and it’s their duty to see that hate speech doesn’t occur.

• Visual media has a huge influence as it exercises a very serious effect on the mind.

• There should be a synchronised method to deal with the issue of hate speech and that the country needs to be a responsible democracy where there is accountability.

• The bench directed the Union of India to make clear its stand as to whether it intends to enact a law on the Law Commision’s recommendations for prohibiting incitement of hate speech.

• Rights are the cornerstone of individual autonomy. They are guaranteed as limits on the power of State. In democratic societies they have been granted to protect individuals from undue State interference.

• Freedom of expression has been enshrined in Article 19 of the Universal Declaration on Human Rights. It is considered to be one of the most significant rights as it allows a person to attain self-fulfilment and strengthen the capacity to fully enjoy freedom.

• In a plural democracy, there is always a conflict between different narratives and interpretation of what constitutes public interest. Democracy thrives on disagreements provided they do not cross the boundaries of civil discourse. Critical and dissenting voices are important for a vibrant society. However, care must be taken to prevent public discourse from becoming a tool to promote speech inimical to public order.

• The mode of exercise, the context and the extent of abuse of freedom are important in determining the contours of permissible restrictions. The State therefore assumes an important role in ensuring that freedoms are not exercised in an unconstitutional manner.

• Responsible speech is the essence of the liberty granted under Article 21 of the Constitution. One of the greatest challenges before the principle of autonomy and free speech principle is to ensure that this liberty is not exercised to the detriment of any individual or the disadvantaged section of the society.

iv) Decency or morality, or in relation to contempt of court, defamation or incitement to an offence.

• Hate speech not only affects the specific individuals and groups targeted, but societies at large.

• The escalation from hate speech to violence has played a significant role in the most horrific and tragic crimes of the modern age, from the antisemitism driving the Holocaust, to the 1994 genocide against the Tutsi in Rwanda.

• The world must not trample on freedom of speech and expression, but when that speech is weaponised to violate the rights of others — including inciting atrocity crimes and acts of terrorism, it must not be met with deafening silence that implies apathy or acceptance.

• The Internet and social media have turbocharged hate speech, enabling it to spread like wildfire across borders. The spread of hate speech against minorities during the COVID-19 pandemic provides further evidence that many societies are highly vulnerable to the stigma, discrimination and conspiracies it promotes.

• If left unchecked, hate speech can even harm peace and development, as it lays the ground for conflicts and tensions and wide scale human rights violations.

Impact of hate speech on freedom of expression

• In common language, “hate speech” loosely refers to offensive discourse targeting a group or an individual based on inherent characteristics — such as race, religion or gender — and that may threaten social peace.

• Hate speech generally is an incitement to hatred primarily against a group of persons defined in terms of race, ethnicity, gender, sexual orientation, religious belief and the like.

• The greater value accorded to the expression, in the scheme of rights, explains the reluctance of the law makers and judiciary in creating exceptions that may curtail the spirit of this freedom. Perhaps, this is the reason behind the reluctance in defining hate speech.

• Right to freedom of speech and expression is one of the most essential liberties recognised by the democratic States. The objective of free speech in a democracy is to promote plurality of opinions.

• Hate speech is an expression which is likely to cause distress or offend other individuals on the basis of their association with a particular group or incite hostility towards them.

• The issue of hate speech has assumed greater significance in the era of the Internet, since the accessibility of the internet allows offensive speeches to affect a larger audience in a short span of time.

• The Supreme Court of India had differentiated between three forms of speech, discussion, advocacy and incitement. It was held by the Court that a speech can only be limited on grounds of exceptions mentioned in Article 19(2) when it reaches the threshold of incitement. All other forms of speech, even if offensive or unpopular, have to be protected under Article 19(1)(a). Incitement is the key to determining the constitutionality of restriction on free speech.

• Liberty and equality are complementary and not antithetical to each other. The intent of freedom of speech is not to disregard the weaker sections of the society but to give them equal voice. Similarly, the intent of equality is not to suppress this liberty but to balance it with the necessities of a multicultural and plural world, provided such constraint does not unduly infringe on the freedom of expression. Thus, incitement to not only violence but also to discrimination has been recognised as a ground for interfering with freedom of expression.

• Since it is entrenched in the constitutional right of freedom of speech and expression, “hate speech” has been manipulated by many in different ways to achieve their ulterior motive under the garb of such right and the law courts in absence of clear provisions in IPC, are not able to prosecute hate speech charges brought before them with success.

• The Law Commission of India has recommended that new provisions in Indian Penal Code (IPC) are required to be incorporated to address the issues.

Impact of hate speech on freedom of expression
COPY LINK