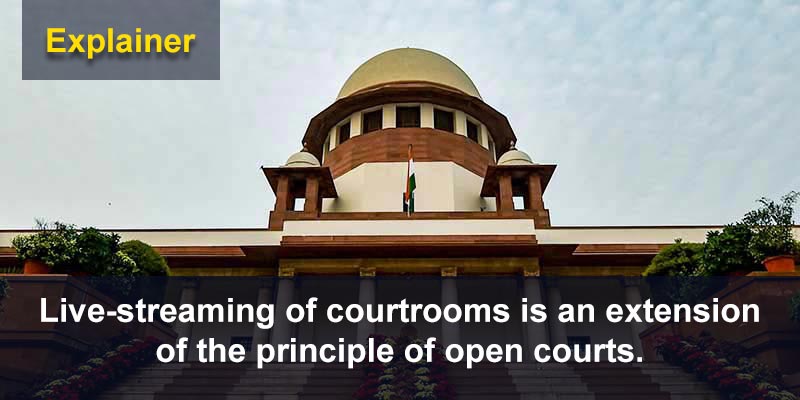 • In a first, the Supreme Court began live-streaming its constitution bench proceedings on September 27. The proceedings can be accessed at webcast.gov.in/scindia/

• On September 26, 2018, the then Chief Justice of India CJI Dipak Misra, heading a bench had delivered the landmark judgment in the Swapnil Tripathi case on live telecast or webcast of important proceedings in matters of constitutional importance.

• In a unanimous decision taken at a recent full court meeting headed by Chief Justice of India U.U. Lalit, the apex court decided to live-stream proceedings of all constitution bench hearings from September 27, four years after the path-breaking announcement.

• On August 26, for the first time since its inception, the Supreme Court live-streamed proceedings of a bench headed by then Chief Justice (since retired) N.V. Ramana through a webcast portal. It was a ceremonial proceeding as Justice Ramana was to demit office that day.

Providing a virtual entry to courtrooms

• Courts in India are open to all members of the public who wish to attend the court proceedings. However, in practice, many interested persons are unable to witness the hearings on account of constraints of time, resources, or the ability to travel long distances to attend hearings on every single date.

• This is especially true in the case of litigants who have to travel long distances from far off states and therefore run the risk of being excluded from attending court hearings involving cases filed by them.

• Furthermore, on miscellaneous days of hearing, the Supreme Court is highly congested, with practically no space available to accommodate litigants, lawyers and law students and interns.

• By providing “virtual” access of live court proceedings to one and all, it will effectuate the right of access to justice or right to open justice and public trial, right to know the developments of law and including the right of justice at the doorstep of the litigants.

• Technological solutions can be a tool to facilitate actualisation of the right of access to justice bestowed on all and the litigants in particular, to provide them virtual entry in the court precincts and more particularly in courtrooms.

• In the process, a large segment of persons, be it entrants in the legal profession, journalists, civil society activists, academicians or students of law will be able to view live proceedings in propria persona on real time basis.

• Open courts effectively foster public confidence by allowing litigants and members of the public to view courtroom proceedings and ensure that the judges apply the law in a fair and impartial manner. Public confidence in the judiciary and in the process of judicial decision making is crucial for preserving the rule of law and to maintain the stability of the social fabric.

• The impact of open courts in our country is diminished by the fact that a large segment of the society rarely has an opportunity to attend court proceedings. This is due to constraints like poverty, illiteracy, distance, cost and lack of awareness about court proceedings.

• Litigants depend on information provided by lawyers about what has transpired during the course of hearings. Others, who may not be personally involved in a litigation, depend on the information provided about judicial decisions in the media. When the description of cases is accurate and comprehensive, it serves the cause of open justice. However, if a report on a judicial hearing is inaccurate, it impedes the public’s right to know.

• Courts, though open in law and in fact, become far removed from the lives of individual citizens. This is anomalous because courts exist primarily to provide justice to them.

• Live-streaming of courtroom proceedings is an extension of the principle of open courts.

• Live streaming of court proceedings, in one sense, with the use of technology is to “virtually” expand the courtroom area beyond the physical four walls of the courtrooms. Advancement in technology and increased internet penetration has facilitated transmission of live video feed to devices like computers, tabs and mobiles.

• Major common law jurisdictions across the globe have already embraced the concept of live-streaming and broadcasting courtroom proceedings. 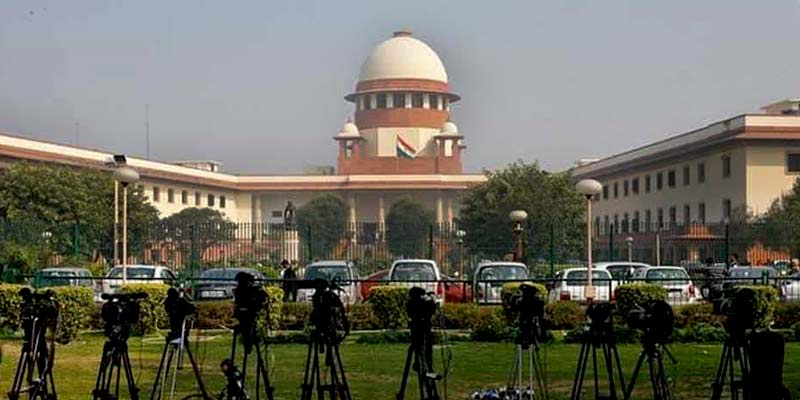 Reasons why live-streaming will be beneficial to the judicial system:

• Introduction of live-streaming will effectuate the public’s right to know about court proceedings. It will enable those affected by the decisions of the court to observe the manner in which judicial decisions are made. It will help bring the work of the judiciary to the lives of citizens.

• Live-streaming of courtroom proceedings will reduce the public’s reliance on second-hand narratives to obtain information about important judgments of the court and the course of judicial hearings. Society will be able to view court proceedings first hand and form reasoned and educated opinions about the functioning of courts. This will help reduce misinformation and misunderstanding about the judicial process.

• Viewing court proceedings will also serve an educational purpose. Law students will be able to observe and learn from the interactions between the Bar and the Bench. The archives will constitute a rich source for aspiring advocates and academicians to study legal advocacy procedures, interpretation of the law, and oratory skills, among other things. It will further promote research into the institutional functioning of the courts.

• Live-streaming and broadcasting will increase the reach of the courts as it can penetrate to every part of the country.

• It will enhance the rule of law and promote better understanding of legal governance as part of the functioning of democracy.

• It will remove physical barriers to viewing court proceedings by enabling the public to view proceedings from outside courtroom premises. This will also reduce the congestion which is currently plaguing courtrooms. It will reduce the need for litigants to travel to the courts to observe the proceedings of their cases.

• Live-streaming is a significant instrument of enhancing the accountability of judicial institutions and of all those who participate in the judicial process. Delay in the dispensation of justice is a matter of serious concern. Live-streaming of court proceedings will enable members of the public to know of the causes of adjournments and the reasons why hearings are delayed.

• Above all, sunlight is the best disinfectant. Live-streaming as an extension of the principle of open courts will ensure that the interface between a court hearing with virtual reality will result in the dissemination of information in the widest possible sense, imparting transparency and accountability to the judicial process.