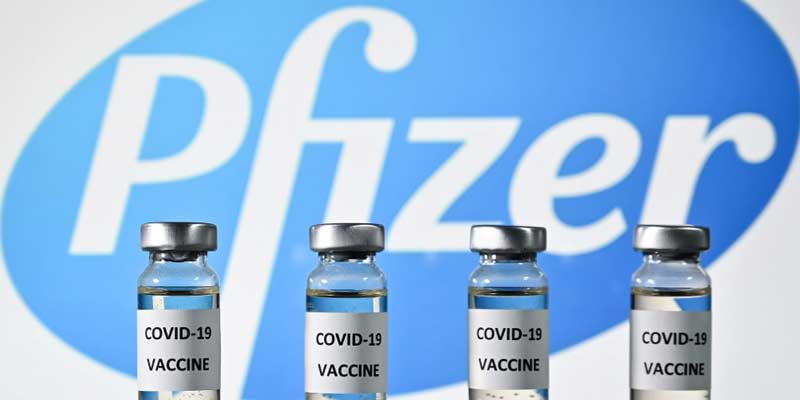 • The United Kingdom has become the first country to approve the Pfizer/BioNTech vaccine (BNT162b2) against COVID-19, paving the way for mass vaccinations from as early as next week among people at the highest risk of death from the deadly virus.

• The British regulator, the Medicines and Healthcare products Regulatory Agency (MHRA), says the jab, which claims to offer up to 95 per cent protection against COVID-19 illness, is safe for roll out.

• Prime Minister Boris Johnson confirmed that the vaccine will begin to be made available from next week.

What are the features of the vaccine?

• The vaccine requires two doses 21 days apart, with strong immunity response kicking in after seven days of the second dose.

• The joint vaccine, produced by American pharmaceutical giant Pfizer and German biotech firm BioNTech, had recently claimed trials suggested it works well in people of all ages, races and ethnicities.

• Pfizer and BioNTech reported final trial results on November 18 that showed its vaccine was 95 per cent effective in preventing COVID-19, with no major safety concerns. The vaccine is being manufactured in BioNTech’s German sites, as well as Pfizer’s manufacturing site in Belgium.

• The Pfizer/BioNTech formula is an mRNA vaccine that uses a tiny fragment of genetic code from the pandemic virus to teach the body how to fight COVID-19 and build immunity. An mRNA vaccine has never been approved for use in humans before, with people only receiving them in clinical trials so far.

What is mRNA vaccine?

• Since the COVID-19 pandemic began, the scientific community has come together to work on potential treatments and vaccines. As a part of this effort, newer technologies are being explored, including one based on messenger RNA, also known as mRNA. This technology is used to research a new type of vaccine, an mRNA vaccine, to combat COVID-19.

• The mRNA vaccine is not made up of the actual pathogen, meaning that they don’t contain weakened, dead or noninfectious parts of a virus or bacterium. They contain genetic information about the pathogen.

• Scientists have identified a coronavirus protein, the spike protein, that the virus uses to attack our cells. If one could “train” the body to identify and block the virus spike protein interaction or to recognise a virus-infected cell, it may be possible to help protect an individual from infection or disease.

• The mRNA vaccine is designed to instruct the body’s cells to make a spike protein, which could potentially train the immune system to recognise and destroy the virus by summoning its defence, like antibodies and T-cells.

• When the real virus comes along, scientists believe that the immune system could recognise the virus’ spike and prepare to defend against infection and illness.

• The vaccine must be stored and transported at about minus 70 degrees Celsius (minus 94 degrees Fahrenheit), there are clear logistical issues. However, the vaccine is stable at normal fridge temperatures, between 2 and 8 degrees Celsius (35.6 to 46.4 F), for a few days, meaning that it can be stored locally ahead of being administered. 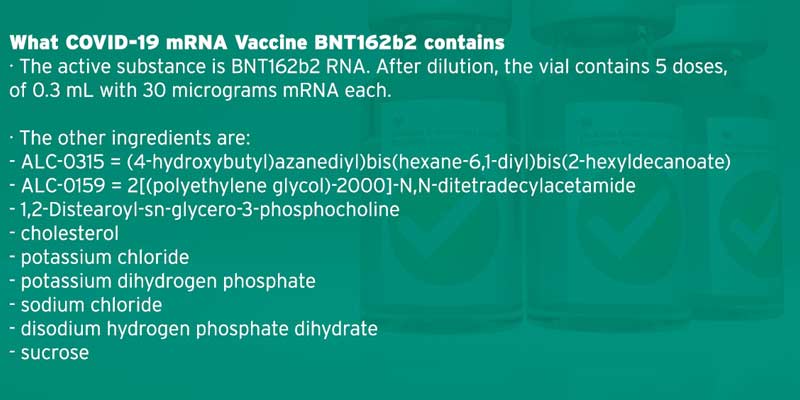 How is the UK planning to roll out the vaccine programme?

• The UK government has formally accepted the recommendation from the MHRA, which means the two-dose vaccine can be injected into arms of high-risk categories within days. Around 10 million doses should be available soon, with the first 800,000 arriving in the UK in the coming days.

• The MHRA is the UK’s independent regulator, hailed as a globally recognised institution for requiring the highest standards for quality, safety and effectiveness.

• The vaccine will be made available across the UK from next week. The National Health Service (NHS) has decades of experience in delivering large scale vaccination programmes and will begin putting their extensive preparations into action to provide care and support to all those eligible for vaccination.

• This follows months of rigorous clinical trials and a thorough analysis of the data by experts at the MHRA who have concluded that the vaccine has met its strict standards of safety, quality and effectiveness.

• The UK government has said that it remains confident that the cold supply chain needed to distribute the vaccine will not cause any problems or delays. When the vaccine is stored in a fridge, it has an effective life of up to five days, which will allow it to be easily stored at distribution centres.

• Around 50 hospitals are on standby and vaccination centres in venues such as conference centres are being set up now, with military personnel being deployed to assist with the logistics.

Who will be vaccinated first?

• The Joint Committee on Vaccinations and Immunisations (JCVI), which advises the British government on the roll out, said those most at risk of dying from COVID-19 should be top of the priority list. So elderly people in nursing homes and their caregivers will be the first priority, followed by people aged over 80 and frontline health workers.

• All citizens 75 and older should be vaccinated next, according to the JCVI, followed by those 70 and over and people deemed to be clinically extremely vulnerable.

• The UK is expected to receive a total of 40 million doses by the end of 2021, enough to vaccinate up to a third of the population, with the majority of doses anticipated in the first half of next year.

When will other countries roll out vaccine programmes?

• Pfizer and Moderna have released trial data showing their COVID-19 vaccines to be about 95 per cent effective at preventing the illness. Another vaccine from the University of Oxford and British pharmaceutical company AstraZeneca had a lower efficacy rate but is far cheaper than the other two.

• The companies have said distribution could begin almost immediately after any approval, with governments around the world to decide who gets them and in what order.

• The European Union (EU), Japan, Canada and Australia are all running rapid vaccine regulatory processes. The EU drugs regulator, the European Medicines Agency, said it could give conditional marketing approval for Pfizer’s vaccine by December 29 and make a decision on Moderna’s by January 12.

• Most countries in the region have said the first vaccines would go to the elderly and vulnerable and frontline workers.

• Delivery timelines vary and most countries are still drawing up plans for distributing and administering shots. Italy expects to receive the first deliveries of the Pfizer-BioNTech shot and AstraZeneca’s shot early next year. Spain plans to give vaccines in January.

• Germany, home to BioNTech, expects to roll out shots in early 2021 with mass vaccination centres in exhibition halls, airport terminals and concert venues. It will also use mobile teams for care homes.

• Pfizer said it remains committed to engaging with the Indian government to explore opportunities to make the vaccine available in the country. Last month, NITI Aayog member (Health) V.K.Paul, who also heads the National Task Force on COVID-19, had said the arrival of the Pfizer vaccine in the country might take some months.

• Currently in India, Pune-based Serum Institute of India has said that it will apply for emergency use licensure for AstraZeneca-Oxford vaccine in two weeks.

• Phase-3 clinical trial of the indigenously-developed vaccine candidate of Bharat Biotech and the Indian Council of Medical Research (ICMR) is also underway.

• While vaccine candidate of Zydus Cadila has completed the phase-2 clinical trial, pharma major Dr.Reddy’s Laboratories has started the combined phase 2 and 3 clinical trials of the Russian COVID-19 vaccine, Sputnik V, in India.