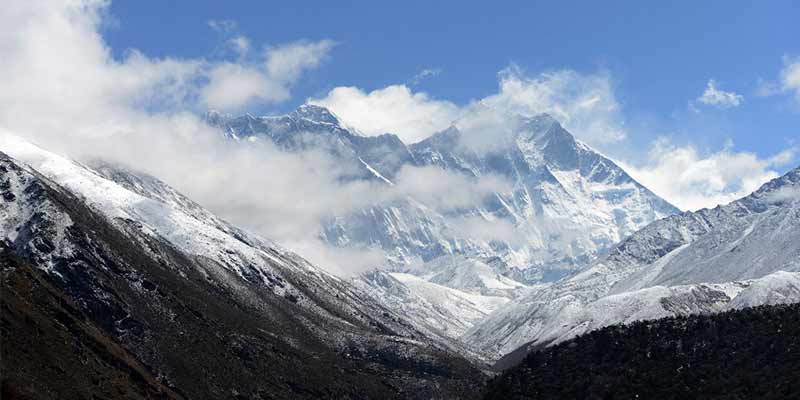 • The world’s highest peak is now taller by 86 centimetres, Nepal and China jointly announced after they remeasured Mount Everest at 8,848.86 metres, over six decades after India conducted the previous measurement in 1954.

Why was the height remeasured?

• Mount Everest stands on the border between China and Nepal. Mount Everest is known as Sagarmatha in Nepal, while in China it is called Mount Qomolangma (also spelled as Chomolungma), the Tibetan name for the world’s highest peak.

• Nepal had never previously measured the height of Mount Everest on its own but had used the 8,848 metres (29,028 feet) estimate made by the Survey of India in 1954 that includes snow.

• The widely accepted height of 8,848 metres or 29,028 feet was determined by the Survey of India in 1954 from Bihar using the trigonometric method.

• Mountaineers had suggested a 7.8 magnitude earthquake in 2015 which killed nearly 9,000 people in Nepal may have altered the height of Everest.

• Nepal sent its first team of surveyors in May last year to measure Everest. Chinese surveyors then climbed the peak in spring this year, when the mountain was closed by both countries for other climbers due to the coronavirus pandemic. The Nepali surveyors used the Global Navigation Satellite System to get the precise height of the giant peak.

• The measurement was significant as China and Nepal settled their border dispute in 1961 with the boundary line passing through the summit of Mount Everest.

• The peak of Mount Everest played a significant role in the settlement of the boundary between Nepal and China, after Beijing gave up its claims over the whole mountain as part of its territory after it took control of Tibet in 1950. The dispute was finally settled in 1961 after the intervention of the ruling Communist Party of China founder Mao Zedong, who suggested that the boundary line should pass through the summit of Mount Everest, which was agreed by Nepal.

• The latest survey puts both the countries on the same page about its height as China seeks to firm up its strategic ties with Nepal with huge investments in infrastructure projects, while enhancing its political influence over the Himalayan country.

Some facts on Mount Everest

• Mount Everest was first scaled by New Zealander Sir Edmund Hillary and Sherpa Tenzing Norgay in 1953. Glaciers have chiseled Mount Everest’s summit into a huge, triangular pyramid, defined by three faces and three ridges that extend to the northeast, southeast, and northwest. The southeastern ridge is the most widely used climbing route. It is the one that Hillary and Tenzing followed when they became the first climbers to reach the summit and return safely.

• As many as 14 mountain peaks on Earth stand taller than 8,000 meters (26,247 feet). The tallest of these “eight-thousanders” is Mount Everest, the standard to which all other mountains are compared.

• Mauna Kea, a volcano on the Big Island of Hawaii originates deep beneath the Pacific Ocean and rises more than 33,500 feet (10,211 meters) from base to peak, considerably higher than the height of the tallest mountain on land — Mount Everest. However, above sea level, its peak is only 4,207.3 m (13,803 ft).