A new dawn in the US: Transition from Trump to Biden 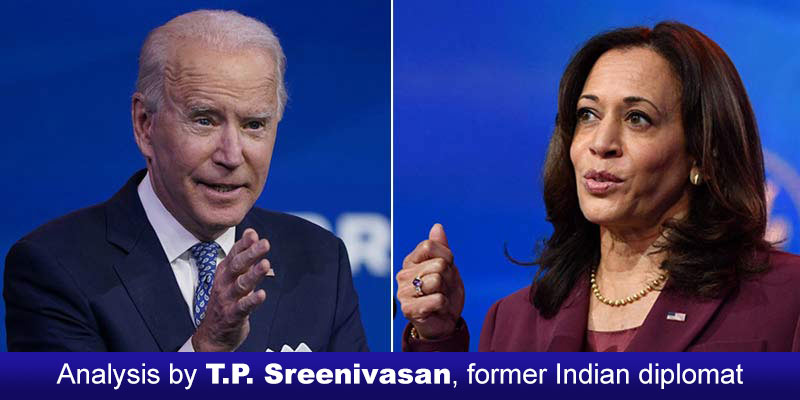 Every beginning of a new presidency in the United States is a moment for prayer, jubilation, expectation, mixed with some concern about the new direction that the nation is likely to take. But at no time in its history have the circumstances of the change in the US been as dramatic and as tense as the change from Donald Trump to Joe Biden.

The trauma that the country has been through in 2020, first the cumulative effect of the policies of Trump, domestic and external, a devastating pandemic, which was mishandled, a contentious and close election, the results of which were disputed at every stage, leading to an armed insurrection, was unprecedented.

The US has seen political and racial violence throughout its history, but never had a serving president exhorted citizens to revolt to prevent confirmation of the election results. The wounds are deep and the process of healing will be slow and painful. 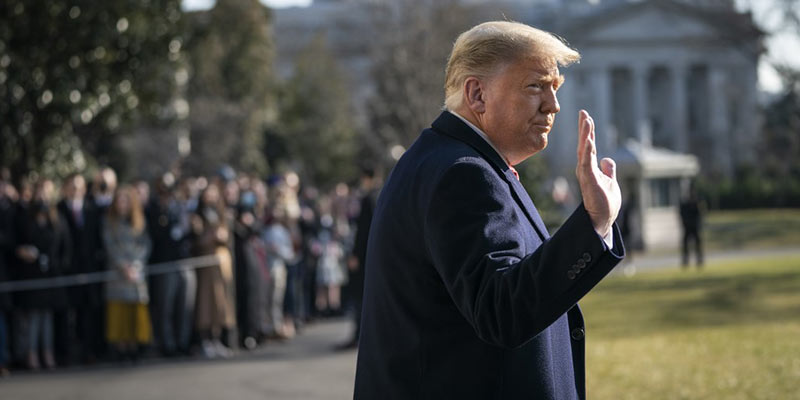 Mercifully, the chasm between the supporters and opponents of Trump has narrowed as a result of the violence on Capitol Hill, but the Republicans and the other supporters of Trump have not yet reconciled to the legitimacy of the Biden administration. But the enormity of the task facing Biden to repair and rebuild the nation should persuade responsible citizens to rally around Biden. Any other strategy by those who voted for Trump will only deepen the crisis in the country. The imperative for national reconciliation had never been so evident. Unity is the need of the hour. The health crisis, the economic crisis, the racial crisis, the climate crisis and the foreign policy challenge need urgent attention.

Biden’s strength is his long experience in the government, particularly as Barack Obama’s vice president for eight years. The fact that the Democrats will have control of both the Senate and the Congress is an additional advantage. He has already drawn up a flurry of executive orders to be issued immediately after swearing in without waiting for the Congress to legislate on them. Among them are rescinding the travel ban on certain Islamic countries, rejoining the Paris Agreement on climate change, many pandemic related measures, a mask mandate for travel and sweeping immigration laws. He will also push the Congress to pass a $1.9 trillion stimulus package to beat the pandemic and to revitalize the economy, even as the Senate proceeds to try Trump and the Republicans come to terms with the reality.

The big change will be that the US will have a consistent, predictable and level-headed president after four years of muddle with a record of 30,529 lies in 1,460 days, according to the New York Times. With the COVID-19 deaths nearing 400,000 and the challenge of the massive vaccination drive, Biden’s focus will be on the pandemic, but the results will not be fast in coming. Even more urgent will be the prevention of violence, which still threatens to disrupt life. The mood still remains one of fear and uncertainty and the continuing impeachment process will add fuel to the fire. But the emphasis on “Our Determined Democracy Forging a More Perfect Union” and the transformation from hurting to healing may help to assuage the bitter feelings on both sides.

Dealing with an assertive China

China looms large in the foreign policy horizon and the last-minute decisions announced by the Trump administration on China like establishment of diplomatic relations with Taiwan and declaring solidarity with Tibet will have to be played down. Biden’s China policy will be more nuanced than that of Trump as confrontation with China is not an option at the moment. China’s new assertiveness, combined with concerns over trade, technology and the environment will have to be dealt with firmly. Biden will try to coordinate with the allies on China, particularly in the light of the major agreement reached between China and the European nations.

Interests in the Middle East

Equally urgent is Iran, where the threat of a conflagration still remains. Iran has hardened its position by increasing its nuclear activities to be in a commanding position when the talks on the nuclear deal begin. Iran desperately needs to have the US sanctions lifted and Biden has indicated that he will oblige, provided the old agreement is resuscitated. But he has also indicated that the regional countries like Saudi Arabia and the UAE should be brought into the picture even as Iran’s Revolutionary Guards test-fired ballistic missiles against targets in the Indian Ocean. The missiles were fired from central Iran with the targets located in the “northern Indian Ocean”, said Iran. Biden will naturally welcome the normalisation of ties between Israel and the Gulf countries and the end of the embargo against Qatar.

Trump’s plan to withdraw the US forces from Afghanistan remains unimplemented because the negotiations with Taliban have dragged on.

Biden is reputed to have a soft corner for Pakistan, but under Trump, the strategic bond with Pakistan is broken and Pakistan has become more dependent on China for its survival. But as long as the US troops remain in Afghanistan, the US will need Pakistan to make a smooth transition in Afghanistan. On Indian Independence Day 2020, Biden pledged “to confront the threats India faces in its own region and along its border” and this cannot exclude the cross border terrorism India has been facing from Pakistan. 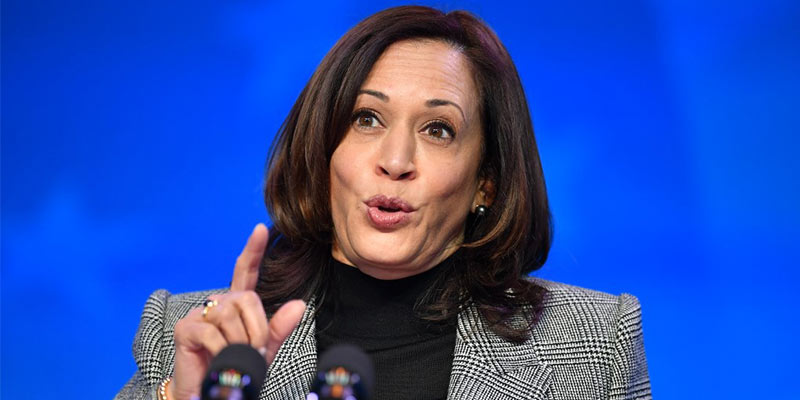 The Chinese military action across the Line of Actual Control has brought India and the United States closer than ever before, particularly in defence cooperation. Towards the end of his term, Trump supported India against China, but he did not do anything special for India earlier.

The Modi-Trump friendship was exaggerated, as it was only Modi’s way of keeping him in good humour. The outright support that the Trump administration gave India and the strengthening of the ‘Quadrilateral’ against Chinese expansionism will remain. As Obama’s vice president and as presidential candidate, Biden has repeatedly expressed confidence in India-US relations. After the signing of the nuclear deal, there is nothing in the India-US relationship which requires immediate attention.

Certain structural problems remain in trade, but bilateral trade has grown steadily to $90 billion. A trade agreement was on the cards towards the end of the Trump administration, but the Indian preoccupation with China and certain internal matters moved the focus away from trade. It was more important to highlight cooperation in defence and the geostrategic ties than harp on differences in trade matters.

India’s dependence on 70 per cent of its military supplies from Moscow has been a sour point in the relations. Trump had threatened to block the supply of S-400 missiles as part of the US sanctions against Russia, but an exemption was given to India on the ground that, unlike Turkey, India would not deploy Russian missiles with any American equipment. Russia’s increasing links with China has distanced India from Russia, which will be welcomed by the US.

With Kamala Harris as vice president and nearly 20 senior officials of Indian origin in place, the expectation is that there will be more informed judgements on India, but all of them will primarily serve the national interests of the US.

Biden’s emphasis on a “middle class foreign policy”, which broadly means that foreign policy should lead to making the lives of working people better, safer and fairer. The US may have some concern over India’s increasing protectionism and distancing from globalisation, but with goodwill on both sides, India will be a partner in advancing the interests of the middle class in the US.

Biden is expected to deal with immigration issues even as he battles with immediate and present dangers and this is a good omen for India. The suspension of H-1B visas which had a negative impact on numerous Indian professionals is likely to be reversed by Biden. He will make it easier for qualified H-1B visa holders to secure their green cards. His policy will be to  increase work visas for competent workers with special skills, and issue more visas to students and visitors for the sake of boosting the US economy will benefit India more than any other country. He will, however, be mindful of the sensitivity of the middle class in the US about losing their jobs to the immigrants. 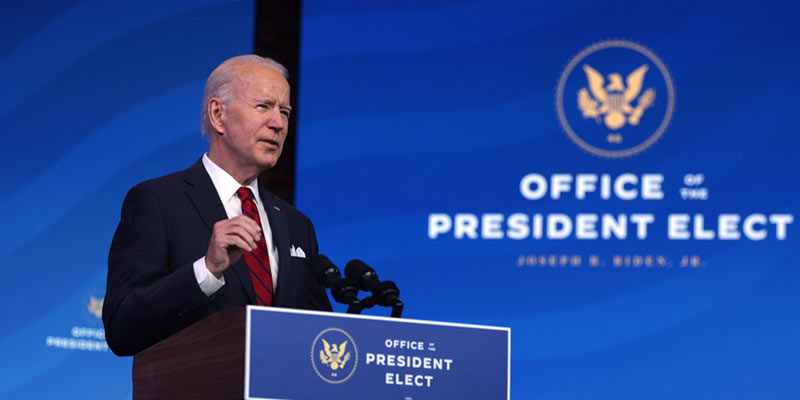 One concern being expressed in India is the likely approach of the Biden administration to the real and imagined human rights situation in India. The democrats have been more critical of India, even beyond the constitutional requirement for the US leaders to be alive to human rights issues abroad. In the case of the new leadership, there have been statements expressing concern over the restrictions imposed on leaders, communications, particularly the press and the Internet in Jammu & Kashmir. But these were observations made before they became candidates officially and also in response to our External Affairs Minister’s boycott of a particular Congresswoman, who was critical of the government of India. Now that they are in the highest positions of the government, it is expected that there will be no public statements on such issues, though friendly caution may be expressed in private.

The change in leadership in the United States marks a new dawn , considering the unprecedented crises that have gripped the superpower. Added to it is the fear that the ceremonies on January 20 will be disrupted by the Trump supporters. The necessary precautions are being taken and, hopefully, there will be a peaceful transition.

(T.P. Sreenivasan is a former Indian diplomat. The views expressed here are personal.)

A new dawn in the US: Transition from Trump to Biden
COPY LINK