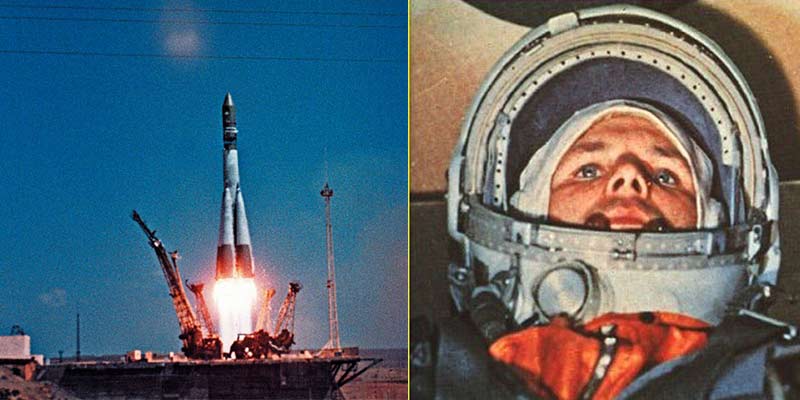 On April 12, 1961, the era of human spaceflight began when the Cosmonaut Yuri Gagarin became the first human to orbit the Earth in his Vostok 1 spacecraft.

His first words after lift-off were ‘Poyekhali!’, Russian for ‘Let’s go!’ which later became an iconic catchphrase. The flight lasted 108 minutes.

Upon his return from his history-making single orbit of Earth, the Soviet Union treated Gagarin as a national hero. Completing many goodwill tours, he became an international celebrity. 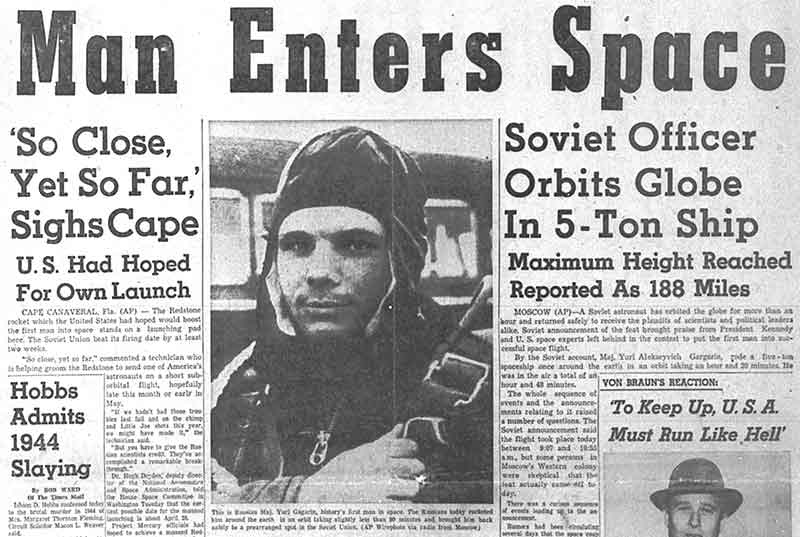 Since 2011, the United Nations has celebrated International Day of Human Space Flight on April 12.

It celebrates the beginning of the space era for mankind, reaffirming the important contribution of space science and technology in achieving sustainable development goals and increasing the well-being of States and peoples, as well as ensuring the realization of their aspiration to maintain outer space for peaceful purposes.

It also recalls the amazing history of human presence in outer space and other remarkable achievements since the first human spaceflight.

• Valentina Tereshkova became the first woman to orbit the Earth on June 16, 1963.

• Neil Armstrong became the first human to set foot upon the surface of the Moon on July 20, 1969.

• The docking of the Apollo and Soyuz spacecrafts on July 17, 1975, was the first international human mission in space.

The UN General Assembly expressed its deep conviction of the common interest of mankind in promoting and expanding the exploration and use of outer space, as the province of all mankind, for peaceful purposes and in continuing efforts to extend to all States the benefits derived there from. 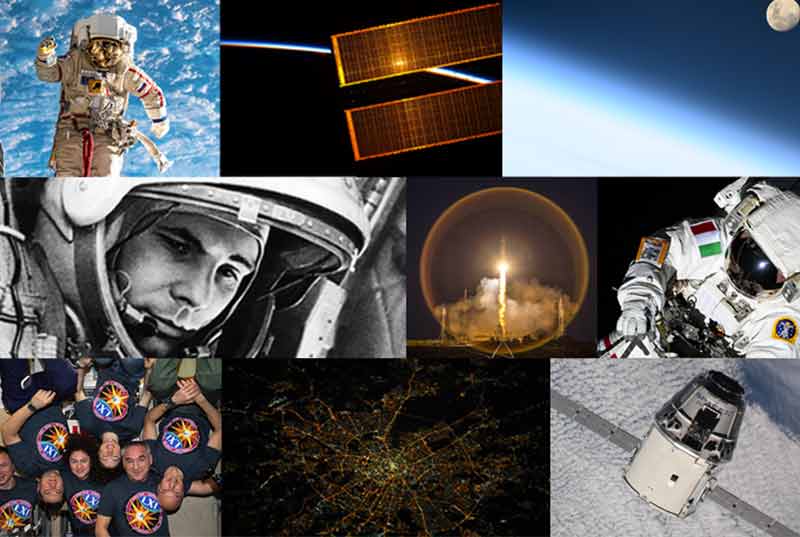 The space age began on October 4, 1957 with the launch of the first artificial satellite, Sputnik 1 by the former Soviet Union.

Soon after, the Member States of the United Nations declared that space should be used exclusively for peaceful purposes to improve life on Earth and for the benefit of all countries, irrespective of their degree of economic or scientific development.

In the following decades, the applications of space activities expanded quickly and demonstrated their usefulness by making important contributions to social and economic development. The use of space science and technology offered benefits for fields as diverse as aviation, maritime and land transportation, urbanisation, mapping and surveying, human health, disaster management, food security and sustainable agriculture, environmental monitoring and natural resource management.

From the very beginning of the Space Age, the United Nations recognised that outer space added a new dimension to humanity’s existence.

Several multilateral treaties have been adopted by the United Nations General Assembly to enable the orderly conduct of activities in outer space.

The cornerstone of these governance instruments is the Outer Space Treaty of 1967. It is formally known as the ‘Treaty on Principles Governing the Activities of States in the Exploration and Use of Outer Space, including the Moon and Other Celestial Bodies’.

It is considered as the “Magna Carta of Space”.

India signed the Treaty in 1967 and it was ratified by the Parliament in 1982.

Among the principles embodied in the Treaty are the freedom of exploration and use of space for the benefit and interest of all countries, the non-appropriation of outer space, including the Moon and other celestial bodies, and the prohibition of the deployment of nuclear weapons or other kinds of weapons of mass destruction in outer space.

Four other treaties were adopted to reinforce the framework set by the Outer Space Treaty. 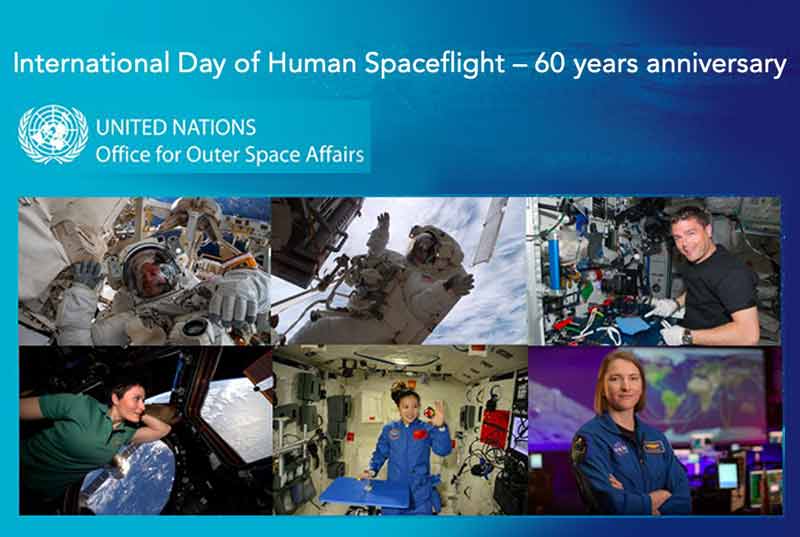 1) The Rescue Agreement of 1968 requires States to assist an astronaut in case of accident, distress, emergency or unintended landing.

2) The Liability Convention of 1972 establishes the standards of liability for damage caused by space objects.

3) The Registration Convention of 1975 requires States to register all objects launched into outer space with the United Nations.

4) The Moon Agreement of 1979 elaborates on the provisions of the Outer Space Treaty as they apply to the Moon and other celestial bodies.

UNOOSA is the only United Nations Office entirely dedicated to outer space affairs.

It was initially created as a small expert unit in 1958.

The Office manages and implements the programme on the peaceful uses of outer space, strengthening international cooperation in space activities and in the use of space science and technology for achieving sustainable development.

It represents the United Nations in promoting international cooperation in the peaceful uses of outer space for economic, social and scientific development, in particular for the benefit of developing countries.

UNOOSA is responsible for implementing the Secretary-General’s responsibilities under international space law and maintaining the United Nations Register of Objects Launched into Outer Space.

UNOOSA serves as the Secretariat for the only committee of the General Assembly dealing with international cooperation in space: COPUOS.

The United Nations Committee on the Peaceful Uses of Outer Space (COPUOS) was set up as a permanent committee by the General Assembly in 1959 to address the exploration and use of outer space for the benefit of all humanity.

Owing to rapid advances in space science and technology, the space agenda is constantly evolving. Comprising both well-established spacefaring nations and nations with emerging space programmes, the Committee provides a unique multilateral platform to monitor and discuss these developments.

Its work is also supported by many permanent observer organisations.

As the benefits of space technologies become increasingly interconnected with everyday life on Earth, there is growing interest in, and value placed on, Committee membership.

In fact, COPUOS is one of the fastest-growing committees in the United Nations system. It started with 18 Member States in 1959 and now includes 95 countries and 42 observer organisations.

COPUOS reports to the Fourth Committee of the General Assembly, which adopts an annual resolution on international cooperation in the peaceful uses of outer space.

Who is responsible for a satellite in space?

Rakesh Sharma, a former IAF pilot, was the first Indian to travel to space. Sharma was a part of the Soviet Union’s Soyuz T-11 expedition, launched on April 2, 1984, as part of the Intercosmos programme.

Indian-born Kalpana Chawla and Indian-origin Sunita Williams are among the known names to have gone to space.

Chawla was one of the seven crew members who perished in the space shuttle Columbia disaster during re-entry into the Earth’s atmosphere in 2003.

In 2018, PM Narendra Modi announced an ambitious mission of sending an Indian astronaut to space by 2022 on board ‘Gaganyaan’.

According to the government, four Indian astronauts are undergoing generic space flight training in Russia as part of the programme.