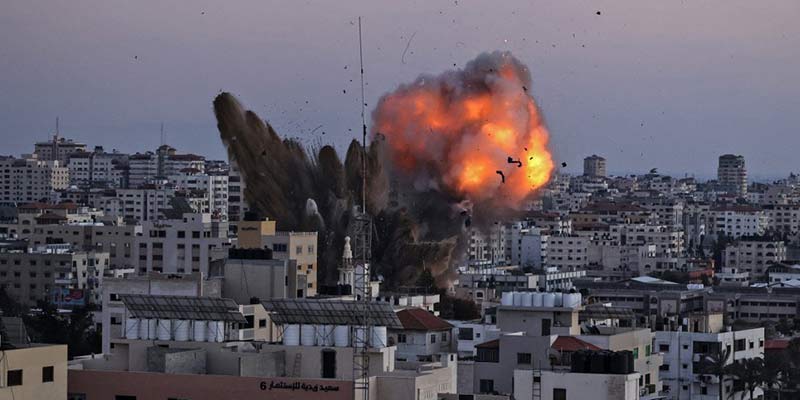 Weeks of violent clashes in East Jerusalem have ignited the heaviest fighting in years between Israel and Palestinian militants in the Gaza Strip.

At the core of the violence that has left dozens dead are tensions between Israelis and Palestinians over Jerusalem, which contains sites sacred to Judaism, Islam and Christianity.

Israel PM Benjamin Netanyahu vowed to continue the operation, saying in a video statement that Israel would extract a very heavy price from militant group Hamas.

US President Joe Biden said he spoke with Netanyahu about calming the fighting but also backed the Israeli leader by saying there has not been a significant overreaction. He said the goal now is to get to a point where there is a significant reduction in attacks, particularly rocket attacks. He called the effort a work in progress. 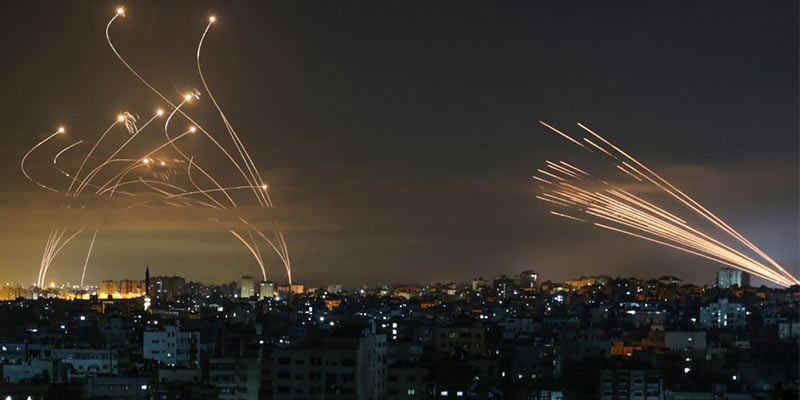 • Politics, history and religion all place Jerusalem at the centre of the broader Israel-Palestine conflict.

• At the heart of Jerusalem’s Old City is the hill known to Jews across the world as Temple Mount — the holiest site in Judaism — and to Muslims internationally as The Noble Sanctuary.

• It was home to the Jewish temples of antiquity. Two Muslim holy places now stand there, the Dome of the Rock and Al-Aqsa Mosque.

• Christians also revere the city as the place where they believe that Jesus preached, died and was resurrected.

• The status of Jerusalem is one of the biggest obstacles to reaching a peace agreement between Israel and the Palestinians.

• Israel considers Jerusalem its eternal and indivisible capital and wants all embassies based there. Palestinians want the capital of an independent state of theirs to be in the city’s eastern sector, which Israel captured in the 1967 Middle East war and annexed in a move never recognised internationally.

Key events related to the conflict:

1947: The United Nations recommends partition of Palestine into separate Jewish and Arab states, with international control over Jerusalem and its environs.

June 1967: After months of tension, Israel launches a pre-emptive attack on Egypt. Jordan and Syria join the war. The war lasts for six days. Israel seizes Gaza Strip and the Sinai Peninsula from Egypt, the West Bank, including East Jerusalem, from Jordan and the Golan Heights from Syria. The West Bank was not annexed by Israel but came under Israeli military control.

November 1977: Egyptian President Anwar Sadat visits Jerusalem and begins the process that leads to Israel’s withdrawal from Sinai and Egypt’s recognition of Israel in the Camp David Accords of 1978. Accords also pledge Israel to expand Palestinian self-government in the West Bank and Gaza.

December 1987: The First Intifada, a Palestinian uprising against the Israeli occupation of the West Bank and Gaza, begins. Muslim Brotherhood in Gaza forms the Hamas movement, which rapidly turns to violence against Israel.

1993: Israeli Prime Minister Yitzhak Rabin and Palestine Liberation Organisation (PLO) leader Yasser Arafat sign the Oslo Declaration to plot Palestinian self-government and formally end the First Intifada. The agreements created the Palestinian Authority, to oversee most administrative affairs in the West Bank and Gaza. The PLO is recognized by Israel and the United States as a negotiating partner. Key issues such as Israeli settlements in the West Bank and the status of Jerusalem were left unresolved.

September 2005: Israel withdraws all settlements and military personnel from the Gaza Strip, marking the end of its 38-year occupation of the territory.

January 2006: The Palestinian militant group Hamas wins an overwhelming victory in parliamentary elections, sparking a struggle for primacy with its rival, the Fatah movement of Western-backed Palestinian President Mahmoud Abbas.

June 2007: Hamas violently ousts Fatah forces from the Gaza Strip and solidifies its control of the territory. Israel and Egypt tighten their blockade of Gaza, which will devastate Gaza’s economy over the next decade. Two rival governments emerge, Hamas in Gaza and the Abbas’ Palestinian Authority in the West Bank.

July-August 2014: Following the kidnapping and killing of three Israeli teenagers by Hamas members, Israel conducts a sweep against Hamas in the West Bank, prompting rocket attacks from Gaza and Israeli air raids in response. The conflict lasts for seven weeks.

March 2015: Israeli PM Benjamin Netanyahu declared that there would be no two-state solution to the conflict.

December 2017: US President Donald Trump reversed decades of US policy and recognized Jerusalem as the capital of Israel. He announced that his administration would begin a process of moving the US embassy in Tel Aviv to Jerusalem.

What led to recent escalation in clases?

• Since the beginning of the Muslim holy month of Ramadan in mid-April, Palestinians have faced off nightly with Israeli police in East Jerusalem, who put up barriers to stop evening gatherings at the walled Old City’s Damascus Gate. Palestinians saw the barriers as a restriction on their freedom to assemble. Police said they were there to maintain order.

• Tensions have also been high over a long-running legal case that could see multiple Palestinian families evicted from their homes to make way for Israeli settlers who, backed by an Israeli court ruling, want to move in.

• The violence quickly spread to the Old City compound containing Al-Aqsa Mosque, the third holiest shrine in Islam and the most sensitive site in the Israeli-Palestinian conflict.

• Hundreds of Palestinians have been injured in fighting with police in the compound and around the Old City in recent days.

• Hamas and other militant groups in the enclave repeatedly warned Israel that the fighting in Jerusalem was a “red line”, and vowed to fire rockets if Israeli police did not stop their raids on the Aqsa compound.

• As Israel commemorated its capture of East Jerusalem in a 1967 war with a march, Hamas and the militant group fired rocket barrages towards Jerusalem and its surrounding suburbs.

• Since then, Israel has attacked hundreds of targets in Gaza, causing earth-shaking explosions across the densely populated territory.

• The most intensive aerial exchanges between Israel and Hamas since a 2014 war in Gaza have prompted international concern that the situation could spiral out of control.