G7 nations agree on global minimum tax of at least 15%

The Group of Seven (G7) countries have agreed to support a global minimum corporate tax of at least 15 per cent in order to deter multinational companies from avoiding taxes by stashing profits in low-rate countries.

What is the need for a global minimum corporate tax?

• Facebook, Google, Amazon and other large technology companies face criticism for reducing their tax bills by booking profits in low-tax countries regardless of the location of the end customer. Such practices are seen by many as unfair.

• Big Internet companies say they follow tax rules, but they pay little tax in Europe, typically by channelling sales via countries such as Ireland and Luxembourg, which have light-touch tax regimes.

• The Organisation for Economic Cooperation and Development (OECD) calculated in October that a global minimum tax could yield $100 billion a year, or 4 per cent of global corporate income tax. That is probably on the low side as it was based on a 12.5 per cent rate, which was the focus of talks at the time.

• Britain and France have been among the most vocal proponents of proposals to make it more difficult to shift profits to low-tax jurisdictions, with a minimum corporate tax also in the mix.

• This has put the two countries at loggerheads with the United States, which  expressed concern that US internet companies are being unfairly targeted in a broad push to update the global corporate tax code.

• US President Joe Biden’s administration gave the stalled talks fresh impetus by proposing a minimum global corporation tax rate of 15 per cent, above the level in countries such as Ireland, but below the lowest level in the G7. 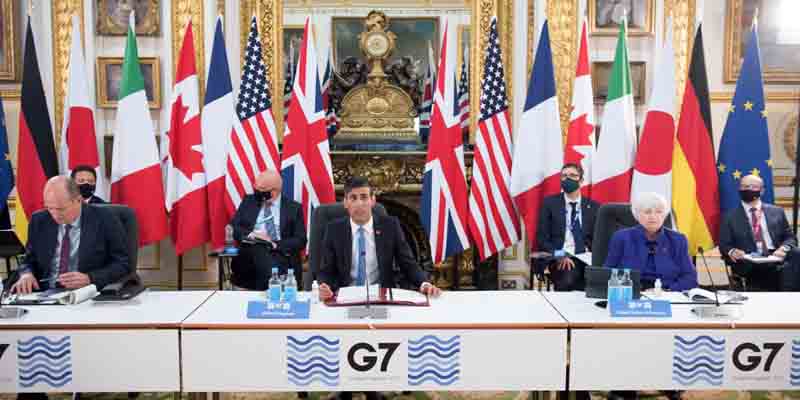 What is the two pillar model?

• During the meeting in London, finance ministers agreed the principles of an ambitious two pillar global solution to tackle the tax challenges arising from an increasingly globalised and digital global economy.

• Under Pillar One of this historic agreement, the largest and most profitable multinationals will be required to pay tax in the countries where they operate, and not just where they have their headquarters.

• The rules would apply to global firms with at least a 10 per cent profit margin.

• It also supported awarding countries the right to tax 20 per cent or more of profit exceeding a 10 per cent profit margin.

• Under Pillar Two, the G7 agreed to the principle of at least 15 per cent global minimum corporation tax operated on a country by country basis, creating a more level playing field and cracking down on tax avoidance.

• Part of the agreement is that countries such as France that have imposed digital services taxes would remove them in favour of the global agreement. The US considers those unilateral digital taxes to be unfair trade measures that single out big US tech companies such as Google, Amazon and Facebook.

• Discussions on the two pillars have been ongoing for many years. The endorsement from the G7 could help build momentum for a deal in wider talks among more countries. 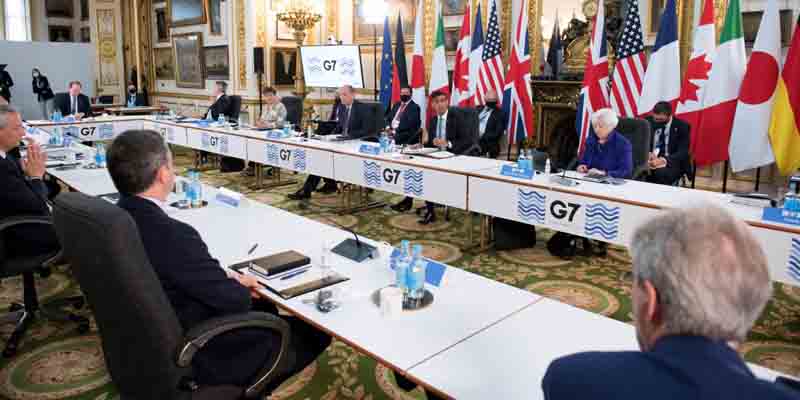 • The G7 agreement on global minimum corporate tax rate and arrangements for taxing multinationals paves the way for a broader deal in the coming weeks that could reshape cross-border taxation for years to come.

• The G7 deal sets the stage for the next step, which is a June 30-July 1 online meeting of the 139 countries negotiating future rules for cross-border taxation at the Organisation for Economic Cooperation and Development (OECD) in Paris.

• The countries aim to reach a consensus at the meeting on the details, as much technical work has already been done.

• Any accord from that meeting will then go before G20 finance ministers and central bank governors for endorsement when they meet in Venice on July 9-10.

• The OECD and the United States have said a final sign-off might not be possible until a subsequent G20 meeting in October, because the US  position may not be firm by July as a domestic tax package will be going through Congress.

• A G20 sign-off would mean the world’s largest economies will implement it, so its reach would effectively be worldwide.

What is India’s stand on the issue?

• India has made a strong case for adoption of “significant economic presence” concept for taxing global digital companies.

• India, through the Finance Act, 2018, planned the concept of ‘Significant Economic Presence’ (SEP) in the Income Tax Act for taxation of non-residents in India or global digital companies such as Amazon, Google, Netflix, Facebook and Twitter, by increasing the scope of the definition of ‘business connection’.