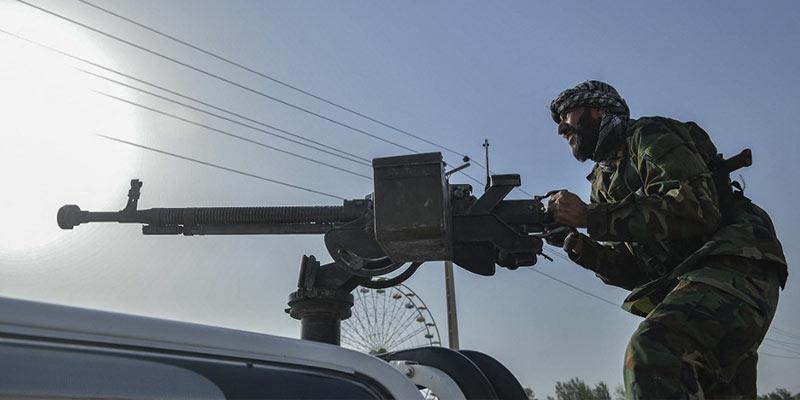 The undignified withdrawal of the US from Afghanistan after a war on terror, which lasted for twenty years, has been characterised by a US commentator as “one more signpost of the end of the American empire.”

The US has nothing to show as a victory except that there have been no recent attacks on the US itself. But that is not because terrorism has been eliminated, but because the US homeland security has built a secure dome over the US, which is hard to penetrate even for suicide squads. 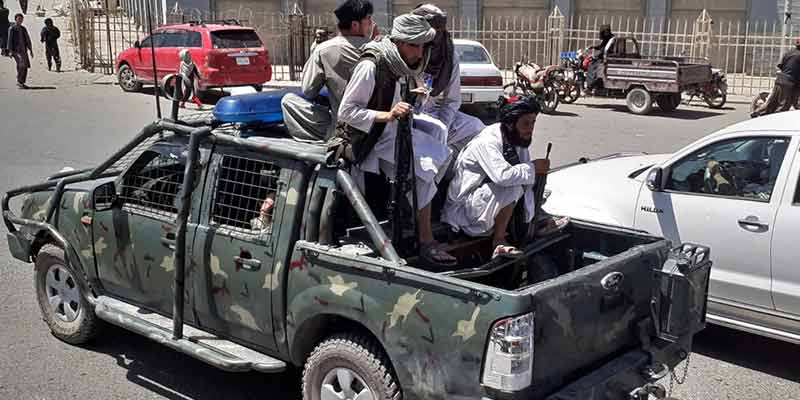 The return of Taliban

Afghanistan has once again proved that its soil is the graveyard of empires. Britain and the Soviet Union had the same fate earlier. After the ignominious exit of the United States, the Taliban government whom the US had dislodged twenty years ago is poised to return to power within a few weeks.

Taliban has already captured most provinces and major cities and is closing in on Kabul at lightning speed, with hardly any resistance, even with a few remaining US aircraft providing support to the Afghan government forces to fight the Taliban onslaught. The Kabul government has offered to share power with the Taliban, but there is no incentive in the offer for Taliban.

On the contrary, what is to be seen is whether the Taliban will be ready to share power with anyone. The American withdrawal was reminiscent of Vietnam and Iraq, where Washington did not have any persuasive way to project their withdrawal as an honourable exit. The withdrawal of US forces

The US realised a few years ago that precious American lives should not be wasted on Afghanistan and successive Presidents planned various exit strategies by backing an Afghan government, which was being undermined by the Taliban. Pakistan, which was a partner in the war on terror on payment of large sums, had fanned the flames of terrorism in the region. Finally, the US decided to leave even if it meant a loss of face and set several deadlines to withdraw, but negotiations on the finer points of the withdrawal dragged on.

The months-long negotiations, involving the United Nations, big powers, regional countries and others, were not from a position of strength as the Taliban knew that victory was at hand and that it would be a matter of time before they would get the upper hand.

President Biden set the deadline of September 11, but the US quietly handed over the Bagram air base to the Afghan government on July 1, knowing that the Taliban would inherit the booty left behind. It became  clear that the US investments have been futile as the land will be devastated once more by the Taliban. The terms of settlement negotiated with Taliban in Doha and elsewhere like a ceasefire, severing links with Al-Qaeda, intra-Afghan peace talks and others became things of the past. 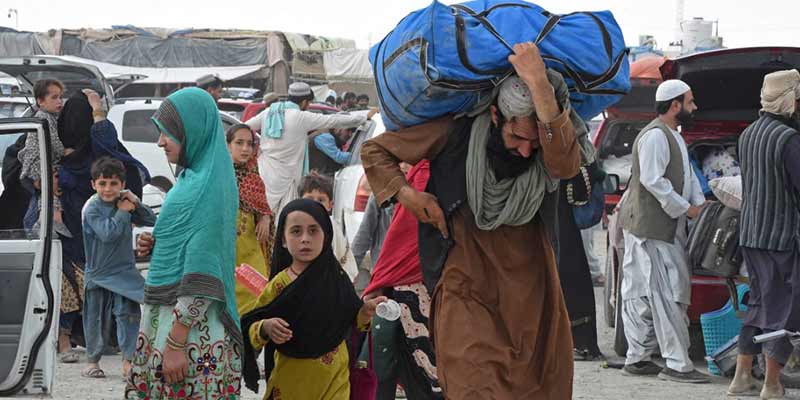 To prevent the impending catastrophe, Washington should have had a strategy to keep the Afghan government in power for as long as possible to prevent a rapid take over by the Taliban. The details of such a strategy, including substantial financial assistance, should have been announced to let it be known that despite the dreams of the Taliban and their masters, Pakistan, Afghanistan will not fall into their laps in a hurry.

It should be remembered that even after the Soviet forces withdrew from Afghanistan, the Najibullah government remained in control with Soviet assistance. The Taliban take-over took place only after the Soviet Union collapsed. Even in Vietnam, some arrangements were made to make the transition less tumultuous.

Many Western strategists believe that the US had a responsibility to support the democratic forces in Afghanistan. The fact that Afghan President Ashraf Ghani and his colleagues were received in Washington by President Biden and his Congressional colleagues gave some hope in that regard. But Western intelligence predicts that the present government will fall to the Taliban in a matter of weeks.

President Biden maintained throughout that the US mission in Afghanistan was to avenge the 9/11 attacks and not to nurture and nourish a new government there. He felt that the task was completed when the Taliban was thrown out of power and Osama Bin Laden, who was hiding in Pakistan, was killed.

A clear victory for Taliban and the formation of a government in Kabul with like minded elements will mean a return to the horrors of the previous occasion, when it imposed a repressive government, which destroyed the country’s rich cultural heritage, denied fundamental freedoms and education to women and threatened India in various ways. Once again, Pakistan and other fundamentalist forces will hold sway and aggravate terrorism in the Kashmir Valley. Pakistan may have its own differences with the Taliban on strategy, but in their hatred towards India, they will be united.

One major danger in the emerging situation is the apparent interest of China in Afghanistan and Central Asia. The Taliban has already invited China to rebuild Afghanistan and has assured protection to its people and assets. This will enable China to extend its Belt and Road Initiative (BRI) to Afghanistan and link it with the BRI in Pakistan and beyond.

A high level Taliban delegation was feted in China at the same time when the US Secretary of State was discussing in Delhi ways and means of supporting the Kabul government. China will be aware of the plight of the big powers, who got mired in the Afghan cauldron and may not engage its military, but provide full support to Pakistan. A China-Pakistan-Taliban axis in Afghanistan will be a direct threat to Indian interests and projects in the region. China may be able to neutralise in the bargain the grievances of some Islamic countries over the treatment of Muslim minorities in China. Iran and Russia will have their own axe to grind and may remain neutral at best, regardless of the contacts India has established with both of them.

India’s concern over the developments in Afghanistan

India has always been in the periphery of the international negotiations on Afghanistan, but it has made considerable investments in Afghanistan for reconstruction and development. Its experience of the Taliban government was a nightmare and so it hoped that some US presence would prevent a collapse. The US had made an effort to involve India in Afghanistan, but that did not eventuate because of Pakistan. India was an adversary of Taliban during the Soviet occupation, the Taliban government and the American war on terror and, therefore, it is not going to be easy for us to have a dialogue with the Taliban.

Our informal contacts with the Taliban have not led to any open negotiations with them on the future of Afghanistan. On the contrary, Taliban has threatened to destroy the vestiges of Indian cooperation with the Kabul regime. Some strategists have begun to blame the government of India for not opening talks with the Taliban, but no one is sure whether Taliban was willing to engage with India.

Now that the Taliban takeover is imminent, India has intensified our discussion with the US, Iran and Russia. The visit of the US Secretary of State did not result in any plan of joint action and the US even hinted that Chinese interest in Afghanistan might be positive.

In Moscow, we expressed concern over the developments in Afghanistan and stated that the consensus of the 1990s about Afghanistan remained valid. India was not invited to some recent discussions Moscow had initiated on Afghanistan at the most critical time.

If history repeats itself and the Taliban retakes power in Afghanistan, India will bear the brunt of that eventuality. For that reason, India stressed at the UN Security Council meeting recently that “the future of Afghanistan cannot be its past”, and that terrorist safe havens in the region must be dismantled immediately and terrorist supply chains disrupted.

India also emphasised that it is time for the UN Security Council to decide on actions to ensure immediate cessation of violence in that country. “As a neighbour of Afghanistan, the current situation prevailing in the country is of great concern to us. The violence shows no sign of abating,” India’s Permanent Representative to the UN, Ambassador T S Tirumurti, said.

(T.P. Sreenivasan is a former Indian diplomat. The views expressed here are personal.)